Shafaq News / Iraqi Prime Minister Mustafa Al-Kazemi said on Saturday that the closure of their country’s embassies in Iraq by the United States and other countries will isolate Iraq internationally and cause the country’s economy to collapse, stressing that relations with Washington are based on “interests.”

Al-Kazemi said in his first television interview since assuming the position, which was broadcast on the governmental Al-Iraqiya satellite channel, that “Iraq will not tolerate international isolation and the economy will collapse if the United States and other countries close their embassies in the country,” indicating that “Iraq is an important country in the region that is governed by it.” The constitution provides for building relationships with countries of the world. ”

He added that “America is a great country and we must protect our interests with it,” explaining that “the Iraqi constitution stipulates that the government builds the best relations with countries to serve the Iraqi people.”

He added that “relations with Washington are based on interests,” noting that “America made major mistakes during the period of the occupation of Iraq.”

Al-Kazemi stressed, “the need to protect our interests with America in the fields of economy, education, health and security,” noting that “we have not received any threat from America regarding the closure of its embassy in Iraq.”

Al-Kazemi revealed that “we have received an American concern about the security of their missions in Iraq,  and we will not accept any threat from any country,” noting that “there are those who try to obstruct our relations with Washington.”

Al-Kazemi stressed, “We are serious about protecting foreign missions,” noting that “the current economic crisis has not previously passed in the history of Iraq.”

And Iraqi Foreign Minister Fuad Hussein had expressed during a phone call with his US counterpart, Mike Pompeo, on Friday, his country’s concern about the possibility of the United States closing its embassy in the capital, Baghdad, warning that this step would lead to results not in the interest of Iraqis.

According to the Iraqi foreign minister, Washington has already taken a preliminary decision to close the embassy.

Washington has not officially announced any decision regarding the closure of its embassy in Baghdad. However, American media, including the “Washington Post” newspaper, reported on Sunday that the United States may close the embassy for a period of 90 days, in response to the Iraqi government’s inability to put an end to the attacks that target American soldiers and interests. Long months ago.

For months, the Green Zone, which includes the US embassy in Baghdad, as well as the military bases that host the coalition forces and the convoys that transport logistical equipment of the international coalition, have been subjected to missile strikes and IED attacks by still unknown destinations.

Washington accuses Shiite factions that receive support and funding from Iran, including the Iraqi Hezbollah Brigades, of being behind the attacks, which have increased in frequency recently and are almost daily.

Member of the Parliamentary Finance Committee, Ahmed Haji Rashid, revealed, on Saturday, the banks that the government will borrow from to pay the salaries of employees.

Rashid said, “He has no information about when the salaries of employees will be distributed in the Iraqi provinces,” indicating that “the federal government has not set a date for sending the sums of money allocated as salaries to employees of the Kurdistan region.

On external and internal borrowing to fill the deficit in the budget, Haji Rashid said, “External banks and banks have reluctantly lend Iraq sums of money to fill the deficit in paying employees’ salaries,” noting that “there are four internal banks that the government will borrow from to pay the salaries of employees, which is the TBI bank,” Al-Rasheed, Al-Rafidain, or a discount of the Central Bank’s bonds. ”

Search4Dinar celebrates its 6th, yes 6th Birthday today & I would like to thank you the readers who follows us on this journey.

Here’s to your Health & Wealth!! 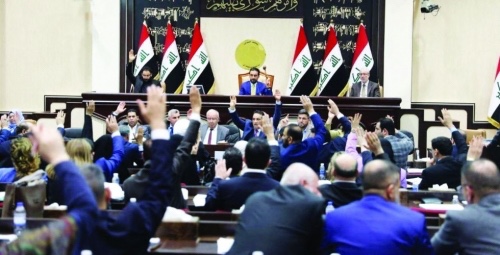 A deputy in the House of Representatives revealed, on Saturday, an agreement to resolve the electoral districts with the election law.

The session on the tenth of this month will witness a vote on this number, and the deputy Kana expected, “In the event that the opposing blocs do not agree with the parliamentary majority, the matter will be decided during the session by a majority vote.”

And he continued, “The components have nothing to do with these agreements, given that Iraq is one district and has a (quota) in the governorates of Baghdad, Erbil, Dohuk, Nineveh and Kirkuk. 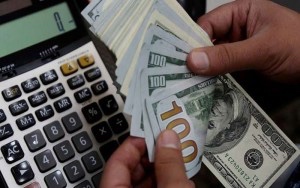 A member of the Parliamentary Finance Committee, Representative Ahmed Al-Saffar, confirmed, on Saturday, that the government did not spend the amount of the borrowing voted by the House of Representatives, on employees as it was supposed to, calling on the Ministry of Finance to reveal the truth about the issue .

Al-Saffar said that “the House of Representatives, when it approved the borrowing months ago, was in order to secure the salaries of employees, but as it appears through the Finance Ministry’s recent statement that the amount of the borrowing was spent in other sections,” calling for “a real disclosure with the Ministry of Finance about the current situation in the country. ” .

He added, “The government sent a budget for the remainder of 2020 and it stayed one day with the Speaker of Parliament, then it was withdrawn,” noting that “there are two paths for the government to secure the salaries of employees, which is the draft budget or submit a request for borrowing .”

And he considered that “the issue of borrowing is difficult to pass because the government has not committed itself to presenting the reform paper and has not provided any measures in order to modify the country’s situation financially,” noting that “the committee will host the Ministry of Finance after the end of the forty visit in order to clarify the financial situation in Iraq and ways to find solutions.” Of the status quo

Today, Saturday, the Finance Committee stressed that Parliament will not allow employees to reduce their salaries, while indicating that the next two days will be the payment of salaries “in full”, after the borrowing law is approved .

A member of the Parliamentary Finance Committee, Jamal Cougar, said, “The government cannot be allowed to take any steps towards reducing the salaries of employees,” noting that “the borrowing law will be passed in order to disburse sufficient sums .”

He added that “the salaries of employees will be disbursed at the beginning of this week after transferring money from bank deposits and taking money from the central bank to be redeemed later .”

Karajo explained that “government measures in keeping economic files, especially border crossings and government companies, collecting taxes and cutting the salaries of double-wages such as Rafha and others have provided money that is absolutely not negligible 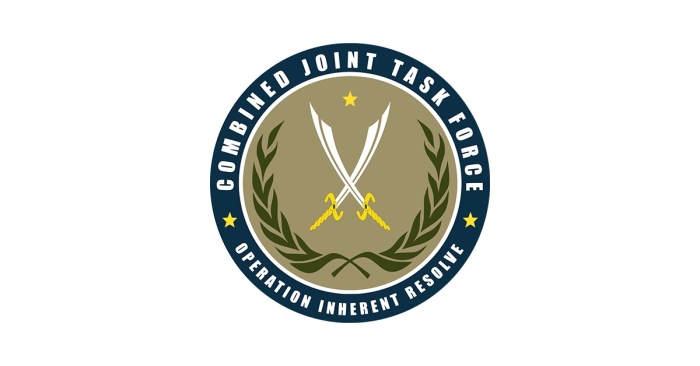 Today, Saturday, the International Coalition congratulated Iraq on the 88th anniversary of its independence from the British Mandate. 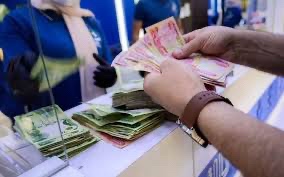 (Baghdad: Where News) Member of the Parliamentary Finance Committee, Jamal Cougar, attributed, on Saturday, the problem of the delay in salaries of employees for the month of September, to the lack of liquidity in the government, while it is expected that it will be disbursed during the current week.

Cougar said, “salaries will be spent” during the current week “and that the government can take a trust or a deposit from the central bank or banks and when votes on the local borrowing law are included in the amounts,” noting that “the government’s reforms in stopping the salaries of Rafha, multiple salaries, and aliens provide sums.” The treasury is enormous, but we do not know where the government’s measures in this regard have reached.

He added, “The local borrowing law will be passed despite the presence of some MPs who object to it, but there is no alternative solution for the government to provide financial liquidity at the present time.”

Shafaq News / Today, Saturday, the Prime Minister, Mustafa Al-Kazemi, directed the Election Commission to redouble its efforts to accelerate the completion of the biometric registration of Iraqi voters as soon as possible, in preparation for the early elections to be held in mid-2021, calling on Iraqis eligible to vote to speed up updating their electoral data to obtain the card Electoral biometric for each of them .

In a statement published by his media office today, Al-Kazemi stressed “the importance of enabling all voters to vote in the early parliamentary elections, scheduled to take place on the sixth of next June,” considering that “their broad participation in the vote is evidence of the Iraqi people’s confidence in democracy and a constitutional civil order, as well as contributing.” cut off the road on abusive integrity and transparency of the electoral process . ”

The Prime Minister directed that the Commission and the official authorities concerned take all necessary and facilitated measures to ensure that all eligible voters, including the displaced, receive the biometric card within a short period, and he called on all official and popular bodies to support the commission at all levels to complete their preparations for the upcoming early elections. .

On Friday, the Prime Minister received a report on the meeting of a high-level government delegation with the Chairman and members of the Board of Commissioners of the Independent High Electoral Commission devoted to discussing ways to achieve the full biometric registration of Iraqi voters who are eligible for the upcoming elections, whose total number exceeds 26 million voters, including newborns. Due, and includes the years 2003, 2002 and 2001 as well as the displaced.

Shafaq News / The Iraqi Ministry of Foreign Affairs announced on Saturday that Minister Fuad Hussein had received a phone call from his US counterpart, Mike Pompeo .

The ministry said in a statement today that Hussein received a call Friday evening, and the conversation focused on bilateral relations and ties between the two countries, and on the US administration’s initial decision to withdraw the embassy from Baghdad .

The statement added that Hussein expressed his concern about this decision, despite it being a sovereign decision on the American side, but it may lead to results that are not in the interest of the Iraqi people .

The statement quoted the minister as saying that the Iraqi government has taken a number of security, organizational, political, and diplomatic measures to stop the attacks on the Green Zone and the airport, and there will be tangible positive results in the near future .

For his part, the American secretary said that US-Iraqi relations are important for both sides .

The statement added that the two sides discussed various future possibilities for the status of diplomatic missions in Baghdad, and the American minister promised to take into account what was discussed in the discussion, and the two sides stressed the importance of continuing to exchange views and communicate in order to find solutions to this crisis .

On Wednesday, Iraqi Foreign Minister Fuad Hussein called on the United States of America to reconsider the decision to close its embassy in Baghdad.