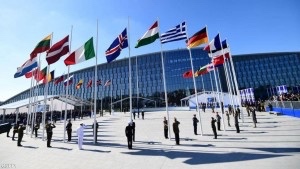 The Chief of Staff of the Army, Lieutenant General Abdul Amir Rashid Yarallah, discussed with NATO, on Monday, a long-term cooperation plan between the two sides .

A statement by the Ministry of Defense stated, “Yarallah, conducted a television episode with the political advisor of NATO and a number of officers of the headquarters of the alliance in the meeting he had with the commander of NATO in Iraq, Major General Jenny Kerenian, in the presence of his assistant for training, the deputy commander of the ground forces, and a number of officers of the Staff in Chief of Staff . ”

During the meeting, the Chief of Staff emphasized, according to the statement, two main points, namely training and institutional reform through setting up a long-term plan and in several stages in cooperation with NATO, provided that the results are evaluated at the end of each stage .

For his part, the political advisor and the officers of the NATO supreme headquarters affirmed the commitment of NATO to support Iraq by providing advice and a future vision for expanding the mission’s work in Iraq and in consultation with the defense ministers of the alliance .

The political advisor added, according to the statement, “The mission in Iraq is a non-combat force whose aim is to provide advice and help in setting up institutional reform plans, and it continues to support training institutions .”

He pointed out that “NATO is aware of all the needs and requirements of the military establishment by communicating with the commander of the NATO mission in Iraq, which in turn communicates with all security leaders in Iraq .”