On behalf of the Office of the General Secretariat of the Council of Ministers, Haider Majeed, announced the Prime Minister’s request to the Council members to disclose their financial receivables.

Majeed said in a statement that “People” received a copy of it on Friday night on Saturday (August 8, 2020), “The Prime Minister directed that cabinet members fill out the financial disclosure form for the year 2020.”

He added that “the directive issued during the eighteenth session on August 4, stipulated that the aforementioned form be filled out and sent to the Integrity Commission as soon as possible.”

He continued, “The directive is based on the Integrity Commission (Graft) Law No. (30) of 2011 as amended, as the first clause of Article (16) stipulates: that everyone who occupies a position or position on origin or an agency is obligated to submit a declaration about His financial disclosure. ” 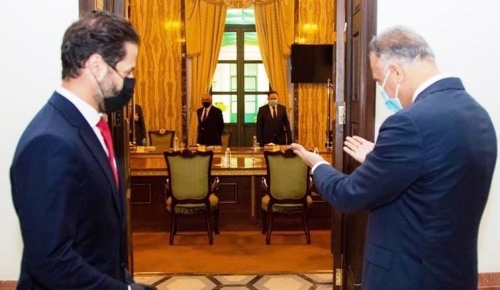 An informed source revealed that the federal government and the Kurdistan Regional Government are close to a comprehensive agreement on the outstanding issues, especially the salaries and oil files.

It is decided that the negotiating delegation of the regional government will visit the capital, Baghdad, during the coming period, to complete previous discussions on the outstanding issues with the federal government.

And, and that “the negotiating delegation of the Kurdistan government will visit Baghdad next week to discuss the new proposal with the federal government.”

The source pointed out, “It is expected that an agreement will be concluded on the new proposal and its implementation for the current year only, and for the new year a new and comprehensive agreement will be signed on the financial files between the Kurdistan Regional Government and the federal government.”

A member of the Parliamentary Finance Committee, Sherwan Mirza, said in a press statement, “There is a real intention between the two governments of the federal and Kurdistan region to resolve differences after the negotiating delegation conducted a series of dialogues, on financial files and oil imports.”

He added, “The Kurdistan Regional Government has discussed all the sticking points with the federal government, leaving only some technical points to reach a comprehensive agreement.”

He explained, “I think that there is great hope that the Kurdistan Regional Government will reach an agreement with the federal government soon, because the two governments need this agreement and they have nothing but dialogue and a common agreement.”

The negotiating delegation headed by Qubad Talabani, Vice President of the Kurdistan Regional Government, conducted a series of discussions with the previous government headed by Adel Abdul Mahdi and the current government headed by Mustafa Al-Kazemi and reached several important proposals and recommendations on the outstanding issues with the federal government.