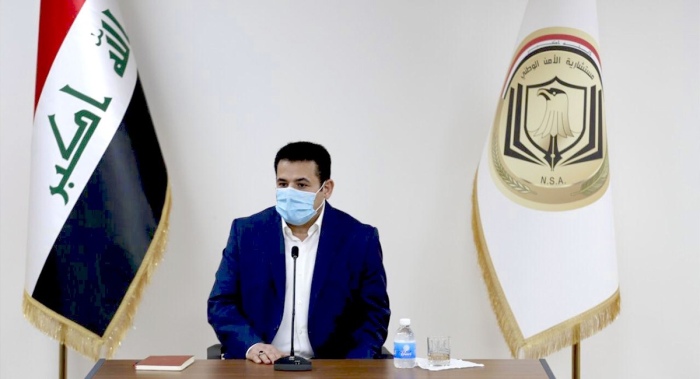 The media office of the National Security Adviser said in a statement received by Shafaq News that these ceremonies took place in the presence of a number of advisors and managers in this institution.

The statement added that Al-Araji presented an introductory meeting with the consultants and managers, as he welcomed the attendees, wishing them “more tender to serve the public interest and build Iraq.”

The Prime Minister and Commander-in-Chief of the Armed Forces, Mustafa al-Kazimi, had ended in the beginning of this July the assignment of Al-Fayyad and appointed Al-A’raji in his place. The tasks of Al-Fayyad were carried out in the conduct of the affairs of the National Security Agency, and Abd al-Ghani al-Asadi was assigned to administer the agency.