Skip to content
HomeAl-Kazemi: The restoration of the law and the law started with the outlets. The time for wasting the money went out of place 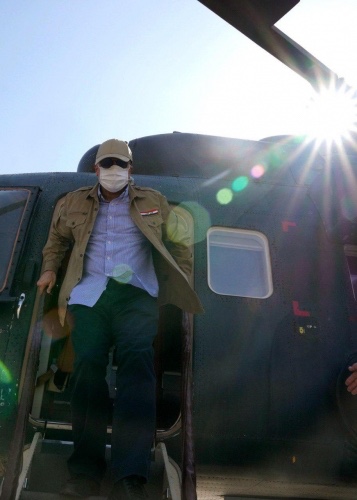 Where is the news _ Diyala

The Prime Minister and Commander-in-Chief of the armed forces, Mustafa Al-Kazimi, confirmed on Saturday that the stage of restoring order and law in the border crossings has begun, and the time for wasting money has gone out of place.

Al-Kazimi said, during his visit to the Mandali border crossing with Iran, according to his media office, that “Mandali’s outlet is one of the important outlets, but it has turned into a den and a crossing for the corrupt.”

He added, “The time for wasting money has gone out of place, and today we are launching a new phase,” noting that “the port is under the protection of our military forces, and it has the right to shoot anyone who violates the customs campus.”

He continued: “We will work to automate the administrative aspects of customs to protect public money and fight corruption,” stressing that “there are (ghosts) present in the customs campus that blackmail the merchant and businessmen, and our message to them is that we will track them and rid the ports of them.”

He explained, “The money is the money of the people, not the money of the corrupt, and today it was directed to protect the customs sanctuary and to proceed with automation procedures and chasing (ghosts),” adding: “Authorities were given to security leaders and the port manager to handle the outlet situation.”

He pointed out, “There are those who try to shushra to cover up and protect the corrupt, but we will proceed to restore the prestige of the state and the law, and it is an opportunity to start for the future,” calling for “all Iraqis to join hands to start forward, and we will not stop fighting the corrupt.”