Samir Hawrami, spokesman for the deputy head of the Kurdistan Regional Government, Qubad Talabani, confirmed on Friday that there is an intention to resume negotiations between the federal government and the regional government.

Hawrami said in an interview with Baghdad today that “a delegation from the Kurdistan Regional Government will go to Baghdad after obtaining the approval of the provincial council of ministers to complete the talks in the hope of reaching a comprehensive agreement.”

He added that “previous visits resulted in progress in the negotiations between the two parties, but there are disagreements over technical points and is on the way to solution in accordance with the constitution.” 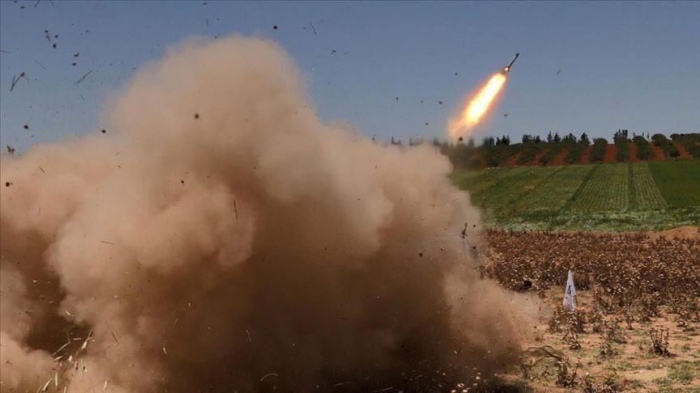 Shafaq News / The Baghdad Operations Command announced on Friday that it had foiled a new missile attack on the Al-Khal area, in the center of the capital.

“The security forces were able to find a Katyusha rocket intended for launch towards the Green Zone on the Rusafa side of Canal Street,” the command said in a statement reported to Shafaq News.

She added, “It was dismantled and lifted without incident.”

The “Patriot” missile system foiled at dawn on Sunday (July 5) a missile attack that attempted to target the United States embassy in the heavily fortified Green Zone in the center of the capital, Baghdad.

With this, the system succeeded in repelling the first missile attack by armed groups accusing it

The United States has deployed the Patriot system in several locations in Iraq to repel repeated missile attacks targeting its soldiers and diplomats by factions loyal to Iran.

The attacks specifically target the US embassy in central Baghdad and military bases that include US soldiers and diplomats across the country.

“There is no delay in launching the fourth batch, because the ministry distributes a batch every two months, as it distributed the third batch for the fifth and sixth months on 5/25-2020, and today 10- 7-2020, i.e. the date of distribution has not come, and we confirm the distribution of the social protection salary next week after the funding reaches next Sunday. ”

The Joint Operations Command confirmed, on Friday, that the saga of liberating Mosul from ISIS control was the gateway to a complete military victory against terrorism.

The leadership stated in a statement that Mawazine News received a copy of it, “On the tenth of July 2017, the great victory was achieved by liberating the dear city of Mosul from the clutches of the ISIS terrorist gangs, as it was an Iraqi national epic in which all our security forces and citizens joined forces to achieve this victory, as part of operations.” Coming Nineveh, “liberation operations began on October 16 of 2016 from the south, east, and north of Mosul, and they achieved complete liberation of the left coast, then operations began to liberate the right side and the old city on February 19, 2017, and victory came with the liberation and declaration of the city of Mosul. From the city center on the tenth of July, whose memory we live today. ”

The statement added: “As a peace to the eternal fatwa of the rational reference, and a tribute to the martyrs and honors of Iraq, whose lives were lost on the land of Nineveh to liberate them, these Iraqi blood from the south, center, west, east and north, to irrigate the land of Mosul and purify it from the ISIS terrorist gangs and their darkness and greetings of appreciation and gratitude to the wounded who carried Medals of honor in the liberation of the second largest city of Iraq, and a tribute to the honorable and grateful of all of our noble people and the citizens of Nineveh, who were the real help in achieving victory and greeting the heroism and glory of all our forces that participated and achieved this great Iraqi victory, within the leadership of the “Coming O Nineveh” operations the heroic men from The army, counterterrorism service, federal police, rapid response, popular crowd, peshmerga, Nineveh police, intelligence agencies, and the massive support of army aviation, air power, and international coalition aircraft.We especially mention the heroes of psychological operations and the Iraqi media, who were side by side with the fighters, to convey the image and the reality in an up-to-date Iraqi and international opinion.

He emphasized, “The epic of liberating Mosul was the gate of complete military victory over the terrorist myth of ISIS, which is an Iraqi epic with pure distinction with the blood of your sons and their sacrifices, and a salute to the victory leaders from the Commander in Chief of the Armed Forces and all the high leaders in the security, military and intelligence ministries who achieved this glory through leadership quality field so many of them and solidarity with the citizens who came by the will and timing of Iraq shocked the world and put a long time to triumph over Daesh. they were Iraqi officers from the staff of the armed forces and federal police forces and the elite of the fight against terrorism and the Mujahideen brave organ of the people mobilized and the Peshmerga.

concluded leadership by saying: “To make this epic and victory a qualitative memory station for our future generations, so that they are responsible for protecting and defending Iraq.” Ended 6/29 n

Shafak News / Harim Agha, a member of the Security and Defense Committee in the Iraqi parliament, revealed today, Friday, talks he described as advanced between the Ministry of Defense and Peshmerga to approve mechanisms for the participation of the Kurdish forces in maintaining security in the areas of what is known as the disputed areas between Erbil and Baghdad.

Agha told Shafaq News, the Defense and Peshmerga ministries are considering several options for the Peshmerga participation in bridging the gaps in the disputed areas and not leaving any security spaces or voids in the hands of ISIS militants, stressing that no part of the land of Iraq can be in the hands of ISIS and we have thousands of forces from the forces Federal, popular crowd and peshmerga.

He clarified that the talks focus on securing more than 500 km extending from the outskirts of Diyala to the borders of Rabiaa district in Nineveh, which are fragile security voids and a source of threat and infiltration points for the provinces of Diyala, Kirkuk and Salahuddin, announcing the formation of committees to survey these areas and take the necessary measures and plans to maintain and purify them.

It is noteworthy that the Peshmerga and local security forces “Asayish” withdrew from the disputed areas after a military campaign launched by the Iraqi forces backed by the popular crowd in mid-October of 2017 against the background of the independence referendum conducted by the Kurdistan Region on September 25 of the same year.

Since that withdrawal, ISIS has intensified its attacks in the fragile areas of security between the provinces of Diyala, Kirkuk and Nineveh, taking advantage of the security absence occupied by the Peshmerga forces