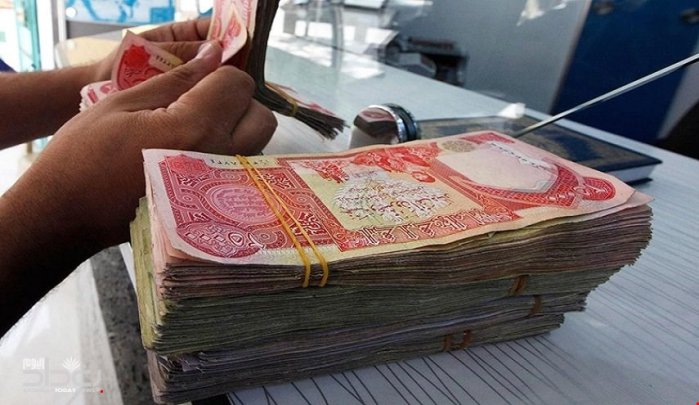 Parliament member of the Finance Committee, MP Ahmad Mazhar al-Jubouri, revealed on Sunday 5 July 2020 what he described as the “main reason” behind the delay in paying the salaries of state employees.

Al-Jubouri said in an interview with (Baghdad Today), that “Prime Minister Mustafa Al-Kazemi directed the departments concerned with an urgent audit of the salary file in all ministries and government institutions in Iraq, to reveal who receives more than one salary.”

He pointed out that “scrutiny of lists that contain huge numbers of names require time not less than that, and this is the reason for delaying payment of salaries over the past days.”

He added, “The audit campaign revealed thousands of names that received more than a salary from the Iraqi state,” stressing that “what Prime Minister Mustafa Al-Kazimi has done in this context is an important step towards economic reform and the creation of a framework for justice and equality among all Iraqis.”

He noted that “the audit process has not ended and it is continuing around the clock, and there are expectations that thousands of other names will receive more than one salary in government institutions.”

Al-Jubouri pointed out that “resolving the audit file needs additional time because the matter requires great efforts and the government will have firm measures according to our information about who receives more than one salary, but it is too early to explain what the legal steps are at the present time until the file is completely resolved.”

Today, the Rafidain Bank announced the direct distribution of pensioners ’salaries for the month of July.

The bank said in a statement received (Baghdad today), that “the salaries of civil and military retirees for the month of July were commenced through electronic payment tools.”

The statement added, “Civil and military retirees can receive their monthly salaries from anywhere they are.”

Earlier, the Central Bank of Iraq announced, on Thursday (02 July 2020), the Ministry of Finance’s assistance in securing three-month salaries, while talking about the date for the disbursement of the salary of last June.

“A directive issued by re-dividing bonds in favor of the Ministry of Finance by about 8 trillion dinars,” said Ihsan Shamran, director general of accounting at the Central Bank, in a statement carried by the official news agency.

Shamran indicated that “the Ministry of Finance can receive money from banks,” noting that “the payment of employees’ salaries is likely at the beginning of next week.”

The Director General of Accounting stressed that “the central bank has a major role in facing the current financial crisis that Iraq is going through.”