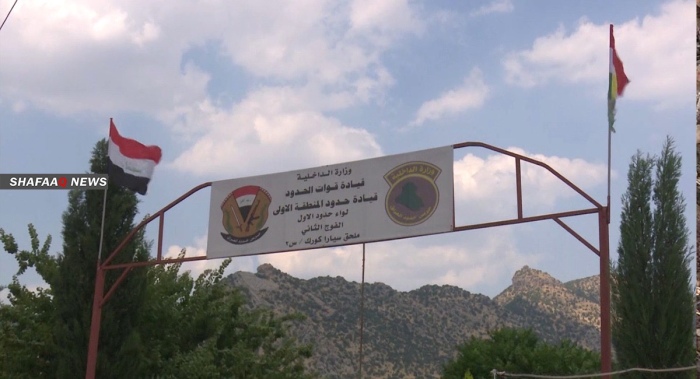 Shafaq News / According to a local official source, on Wednesday, that the Iraqi border guards have deployed in an area in the Kurdistan Region on the Turkish border, which was recently bombed by Ankara.

Abdul Sattar added that the border guards established three military points in the mountainous highlands north of the district, noting that the  mission of these forces will focus on protecting the border villages and their citizens.

The border area in Bativa and other areas along the border have been subjected to intense Turkish air and artillery bombardment over the past two weeks, which has caused human and material losses.

Turkey says it is targeting the PKK militants in Ankara.

The bombing sparked condemnation of the Kurdistan Regional Government, which also demanded PKK fighters to leave the territory to avoid tensions with Turkey.

The border region between the Kurdistan Region and Turkey has been a hotbed of tension for decades, and PKK fighters have launched attacks from within Turkish territory, while Ankara’s forces have bombed those areas with artillery and combat aircraft and have also conducted ground incursions at times.

The KRG has repeatedly called on the PKK and Ankara to resolve their differences away from the territory, which has not been achieved so far.