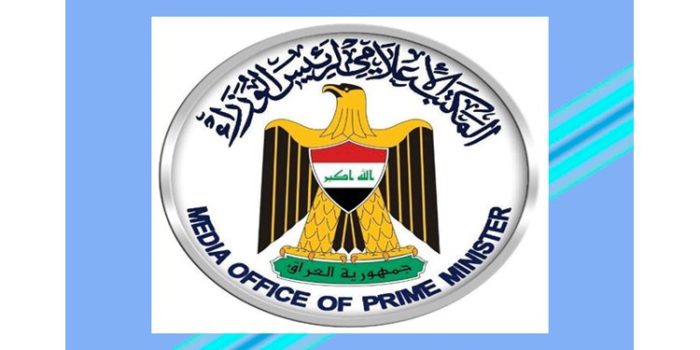 Baghdad / Obelisk: Prime Minister Mustafa Al-Kazemi, the Ministry of Finance, instructed Saturday the speedy release of employee salaries and not delay them.

The Prime Minister, Mr. Mustafa Al-Kazemi, directed the Ministry of Finance to expel the salaries of employees.

This came in a meeting of His Excellency, on Saturday, with the Minister of Finance, Ali Abdul Amir Allawi.

Al-Kazemi stressed that the launch should take place without delay, and that the Ministry work with all its capabilities to put the solutions that were discussed into implementation,

and that the government apparatus continues to maximize non-oil revenues and find financial cover for employee salaries.

The Prime Minister stressed during the meeting that the current financial crisis constitutes an opportunity to meet the challenge of implementing financial and administrative reform, and that the government has resolved to proceed with this reform until it is positively reflected on economic development, and the provision of welfare and good management to all Iraqis.

Information Office of the Prime Minister 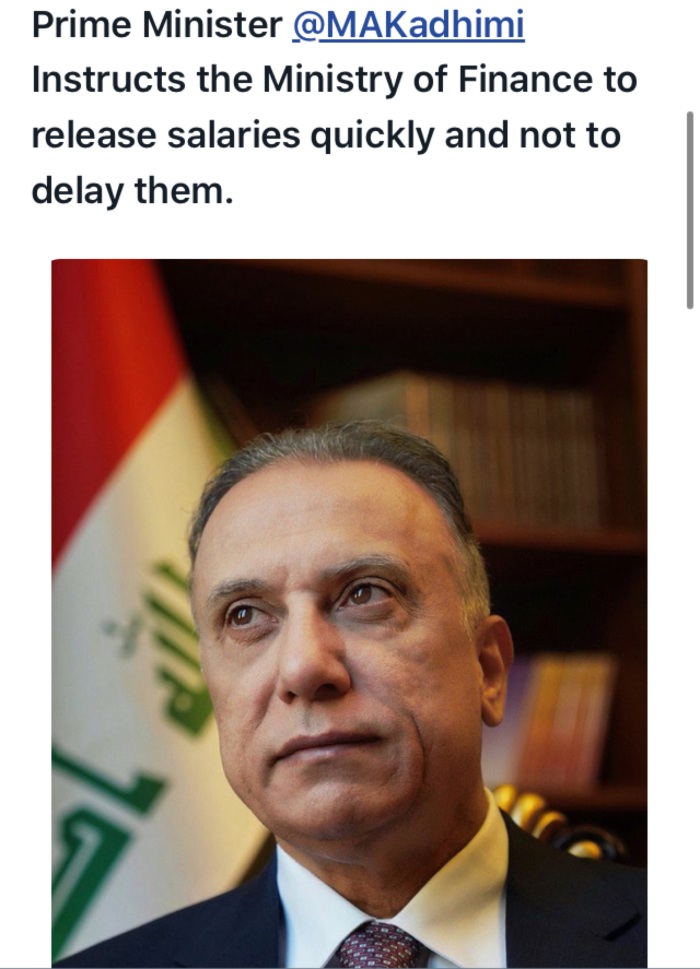 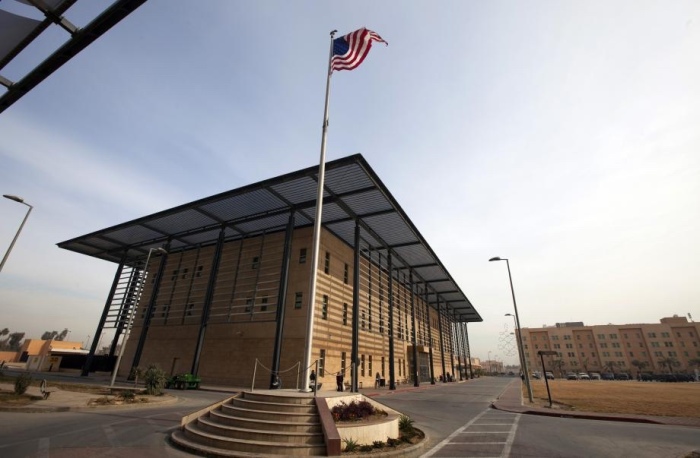 The American Embassy in Iraq, on Saturday, issued an explanation of the statements attributed to the Washington Ambassador to Kuwait regarding the raid on the headquarters of the popular crowd in Baghdad by the fight against terrorism.

The embassy said in a statement received by / Mawazine News / a copy of it, that “the American embassy in Baghdad confirms that the statements attributed to the American ambassador to Kuwait Alina Romanowski and reported by the Iraqi media are a malicious fabrication.”

She added: “Ambassador Romanowski did not conduct such an interview and that the alleged news came from a website that was created to publish fake news.” Ended / 29 / h

Shafak News / Ali Jabbar Mounis al-Ghanimi, deputy for the State of Law coalition led by Nuri al-Maliki, commented, today, Saturday, on the existence of a political trend to assign him to head the National Security Agency.

“This matter has so far been in the process of being discussed,” Al-Ghanimi told Shafaq News, adding that “the issue has not been officially released until now,” without giving further details.

A source in the State of Law coalition headed by Nuri al-Maliki, earlier today, Saturday, “a political agreement” to take over one of the coalition deputies to head the National Security Service.

The source said to Shafaq News, “There is a political trend in agreement with Prime Minister Mustafa Al-Kazemi to assign a member of the Parliamentary Security and Defense Committee and deputy for the rule of law, Ali Jabbar Mu’nes al-Ghanmi, headed by the National Security Agency.”

Prime Minister Mustafa al-Kazemi is seeking to make further changes in administrative and security positions, according to comments he made on Thursday, during his meeting with a group of journalists and media workers. 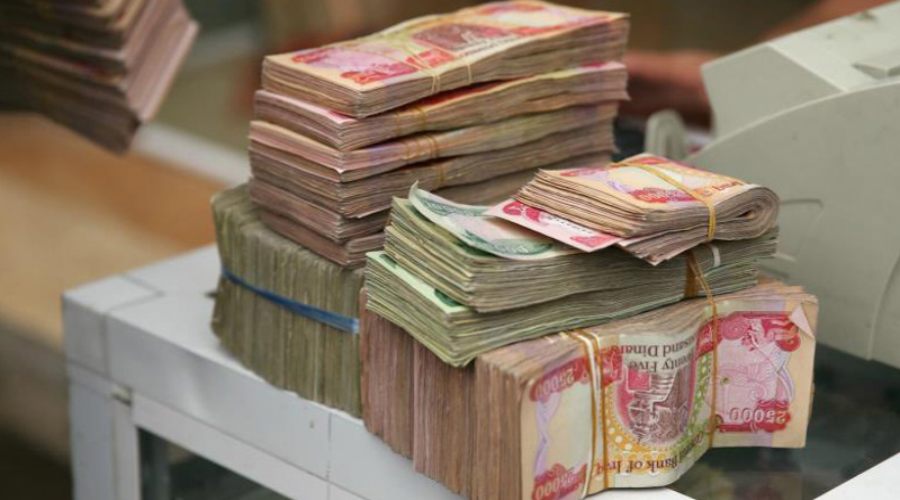 Baghdad – Mawazine News
, Deputy Prime Minister and Minister of Finance Ali Abdul Amir Allawi confirmed today, Saturday, that the government is in the process of forming a complete and integrated program to reform and advance the economy.
Allawi said, according to the official agency, that “this program will be presented to the House of Representatives during the next three months and it will be comprehensive”, pointing out that “the plans in the program will address all sectors of the economy and the productive and service sectors.”
He added that “the program includes enhancing state revenues from Other sources such as customs, taxes, direct and halting waste, as well as the process of dismantling the economy, “stressing that” the government will strengthen and strengthen private sector activity, because its growth will provide jobs and increase local production. “Ended 29 / h

[Baghdad_Eye]
Deputy of the Kurdistan Democratic Party, Ikhlas Al-Dulaimi, confirmed on Saturday that preparing the Kurdistan region for a settlement program to receive its dues from the central government and also deliver 100 thousand barrels of oil will be enough to solve the outstanding issues between the two parties, noting that “a committee will be formed between the region’s government and the center’s government soon. To search in the administration or joint coordination between the Peshmerga forces and the Iraqi army. “
Al-Dulaimi said in a television interview, “The central government increases the ceiling of its requests as a way to pressure the Kurdistan Regional Government, so if the region is handed over maybe 100 thousand barrels, this will be a step forward to enhance confidence between the two parties. We returned to the oil and financial files, and we made plans for a settlement, then.” This will be in the interest of the region, because the territorial government for 4 years did not receive its budget from the Iraqi government, and without the settlement, no agreement can be reached, and the Baghdad government will continue to pressure the territorial government, so I suggest that the region prepare the settlement program, and impose it on the federal government To receive their dues. “
She explained, “I have confidence that Iraqi Prime Minister Mustafa Al-Kazemi will end these outstanding problems between the central government and the regional government within one month.”
http://www.alliraqnews.com/modules/news/article.php?storyid=94803

Shafaq News / A source in the State of Law coalition headed by Nuri al-Maliki revealed, on Saturday, a “political agreement” to take over one of the coalition representatives to head the National Security Service.

The source said to Shafaq News, “There is a political trend in agreement with Prime Minister Mustafa Al-Kazemi to assign a member of the Parliamentary Security and Defense Committee and deputy for the rule of law, Ali Jabbar Mu’nes al-Ghanmi, headed by the National Security Agency.”

Prime Minister Mustafa al-Kazemi is seeking to make further changes in administrative and security positions, according to comments he made on Thursday, during his meeting with a group of journalists and media workers.

We intend to implement a reform programme which focuses on diversifying the state’s revenue streams, ending the waste of public funds, encourages the development of the private sector and creates new job opportunities. pic.twitter.com/OYWtiY2ADK

Former Military Adviser to the US Department of State for Middle East Affairs, Colonel Abbas Dahuk, confirmed on Saturday that Iraqi Prime Minister Mustafa Al-Kazemi has shown his seriousness in confronting any armed elements who stand against the state’s authority, indicating that the United States is ready to support Al-Kazemi air and intelligence in any war he leads against militias and elements Outlaw.

And Dahuk said in a statement followed by “Al-Ikhbaria”, that “the move that Mustafa Al-Kazimi’s government recently made during the session is unprecedented and it is courageous to control the rogue elements and out of law.”

He added, “The United States supports all Iraqi moves to establish authority and law and prevent any armed gangs in Iraq with any available possibility.”

“Iraq is an ally of the United States and America has forces working to train the anti-terror agency that carried out the raid against the outlaw elements, and we are ready to support these intelligence and air movements,” Dahuk said.

The Anti-Terrorism Agency arrested 14 members of the Katyusha cells in a surprise raid yesterday, after which it became clear that they were intending to target the Green Zone, as they had possession of launchers and several missiles, and they were brought in to investigate one of the crowd’s security headquarters. 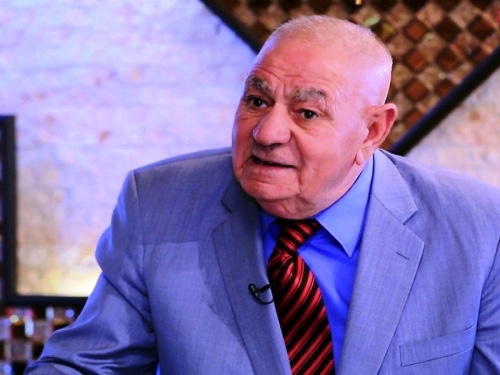 Legal expert Tariq Harb warned, Saturday, the authorities who are trying to mix cards in order to discredit the crowd and paid by foreign agendas to stir up discord among the national forces that contributed to the liberation of Iraq from ISIS, especially the popular crowd, stressing that the crowd will remain sacred and will not allow harm to its reputation .

Harb said, “Any hinge of the state’s joints, including the security institutions, will not be free of abusers and infiltrators. We must not discredit the part over all.”

He added that “what happened from a security operation in the session was unfortunately exploited by parties driven from abroad in order to discredit the crowd.”

He warned the war, “Those parties are not to exploit them politically and to incite sedition among the national forces that contributed to the liberation of Iraq from ISIS, especially the sacred crowd.”