Skip to content
HomeReport: An opportunity to move the relationship between Iraq and America from friendship to partnership or even an ‘alliance’! 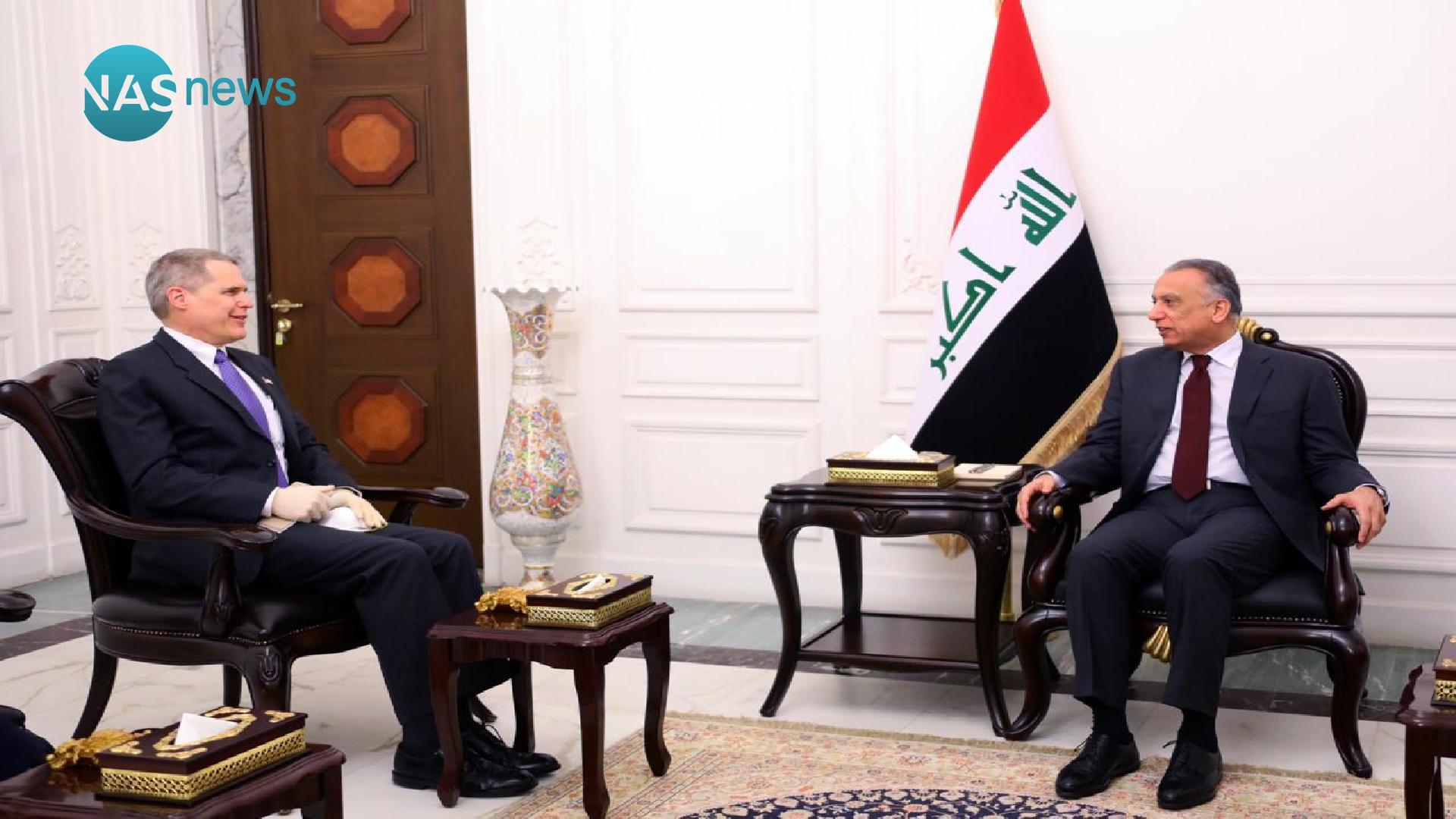 A press report shed light on the Iraqi-American dialogue, which is scheduled to start in the middle of next month, in light of the preparations being made by the Iraqi government and the American embassy in Baghdad, while indicating that these negotiations represent an opportunity to make a shift in Baghdad’s relations with Washington.

The report, published by “Al-Sharq Al-Awsat” newspaper and followed by “Nass” (May 31, 2020), stated that the strategic dialogue between the United States of America and Iraq will begin within less than two weeks. According to the information, the dialogue begins on the tenth and eleventh of June.

The report quotes a political source, saying, “The negotiations will start at a level lower than the foreign ministers of the two countries, and that the dialogue groups were divided into three groups, which are political, military and economic.”

This dialogue was agreed upon between the two sides during the government of former Prime Minister Adel Abdul Mahdi late last year. The current Prime Minister, Mustafa Al-Kazemi, inherited this dialogue from among the many, mostly negative legacies of his predecessor’s government, especially in terms of the relationship with Washington, and from the governments of his predecessors on the levels of corruption and accumulated failure over the past seventeen years.

The precursors to this dialogue are many and are more cautious by Al-Kazemi’s opponents. While the supporters of Al-Kazemi, especially the Sunnis and the Kurds, believe that the results of this dialogue will be in their favor in one way or another, especially since the opponents of Al-Kazemi do not have much pressure on him on the level of foreign policy.

Foreign policy remains subject to the US-Iranian relationship, which the American Wall Street Journal considered an attempt to balance the two opposing powers. Perhaps the analysis reached by two academics specializing in foreign policy in Iraq in their vision is not very different from this view.

According to the American newspaper, both Washington and Tehran “met quietly behind an Iraqi politician who you think will be crucial to preventing further chaos in his country,” noting that “Al-Kazemi, as prime minister, has already offered good initiatives to demonstrators who opposed Iranian influence and groups loyal to Tehran who consider the demonstrations.” An American conspiracy.

Although Al-Kazemi is far from making hostilities and is close to making friends even with his opponents, his supporters are betting on this trait while his opponents, including those who accepted him compelled to see that the ability to satisfy the enemies and friends together is a recipe that must be viewed with caution, and this is explained by the large number The statements made by deputies and officials belonging to some of the Shiite forces, factions, and factions that still doubt the possibility that dialogue with Washington will be in the interest of or in favor of Iraq, and therefore they want to keep their hands on everything, including the trigger, and wait for Al-Kazemi’s actions, not his words.

Although the American newspaper admits that “the challenges facing Al-Kazimi are enormous, despite the decline in the popular protests that forced his predecessor to resign, but the public anger is greater than ever”, there is another American approach that may not be in favor of Al-Kazemi’s efforts to satisfy the two opponents through dialogue He conducts it in favor of his country so that he does not turn into an arena to settle scores between them. According to the official at the American strategic “Scowcroft” Institute, Kirsten Fontenrose, in her interview with “Asharq Al-Awsat” published yesterday, the United States will respond strongly if Iran attempts to attack its forces in Iraq.

In Iraq, the dean of the College of Political Science at Al-Mustansiriya University in Iraq, Dr. Khaled Abd al-Ilah, believes that «this dialogue has basic determinants in relation to the relationship with the Al-Kazemi government to discuss the nature of the relationship between Iraq and the United States of America based on the status of this relationship during previous years, especially after the signing The security agreement and the strategic framework agreement between the two countries in 2008, indicating that “despite the signing of those agreements, the relationship with Iraq has not been determined by an American.Is he a friend, partner, or ally, and therefore, the next dialogue will resolve this relationship and I expect that Iraq will transform from friend to partner according to clear determinants, the most important of which is the contact of US President Donald Trump with Al-Kazemi, as well as his Foreign Minister Mike Pompeo, in which the focus was on confining arms to the state As well as looking for the interest of Iraq, first and foremost, away from any external interference, as well as the obligations of the United States of America towards Iraq, such as training, armament, and other obligations, which means that we are heading towards a new relationship between Iraq as a country and the United States of America, especially since everyone is aware of the danger The rapprochement between Iraq and the United States of America in terms of being a setback for the relationship with Iran, which Al-Kazemi tries to balance between the two sides while trying to distance this conflict.

Abdel Ilah said that «the issues of oil and oil companies operating in Iraq or that will work in Iraq will be present in any dialogue with Washington as well as discussing the American presence in Iraq to the satisfaction of both parties despite the continuation of many files that can make the dialogue not be resolved in one or two sessions» .

In turn, Dr. Ihsan Al-Shammari, head of the Center for Political Thinking, sees that “the dialogue was an American desire from previous years, and even Iraq believed that the strategic agreement agreement did not do properly during the past years, and therefore the American desire has coincided with a similar Iraqi desire in terms of setting The Strategic Framework Agreement and the matters contained therein require that it be activated properly.

Al-Shammari adds that “among the things that fall within this framework is the issue of the American withdrawal from Iraq, which will not come out of my perception of what might be called a re-adaptation and positioning of these forces, while defining their tasks with a gradual withdrawal of forces that are no longer important.” Indicating that “a complete withdrawal is not Possibly, especially with the continued danger of (ISIS) organization and even its development during the last period, which requires continued coordination with the United States of America as well as the largest umbrella organization, the International Alliance.