Skip to content
HomeFinancial advisor to the Prime Minister: The economic crisis continues for the first quarter of next year 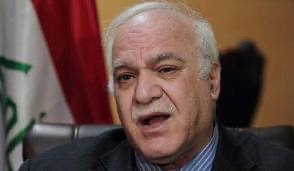 , the financial advisor to the Prime Minister, the appearance of Mohammed Saleh, confirmed on Tuesday, the economic crisis is temporary and extends to the end of this year or to the first quarter of next year.

Saleh said, “The economic crisis is temporary and extends to the end of this year or to the first quarter of next year,” noting that “there are emergency measures that the government will take, which is very difficult in addition to a long-term reform process in dealing with the movement of the private sector.”

Saleh added, “Without real investments, the country has no ability to advance and develop, and that most of the existing investments are in the oil sector in order to achieve a financial increase for Iraq,” noting that “the electricity sector spends 14 trillion dinars, while the revenues do not reach One trillion. ”

He explained that “the country suffers from the absence of non-oil revenues and does not represent anything in the budget,” calling for “the necessity of creating a large structure in the energy and electricity sectors in order to turn the country into a product.”

And Saleh continued that “Iraq burns the associated gas in the oil fields while importing gas because of poor investment, in addition to that Iraq was exporting oil products and now it imports”, noting that “Iraq imported oil products during ten years by about 50 billion dollars, and this amount could be invested In building 10 large oil refineries. ”

He pointed out that “Iraq must establish properly for oil investments and the management of the electricity sector in addition to managing industrial investments, restarting factories and ending the wrong investment policy that led to all these damages.” Ended 29 / r

One thought on “Financial advisor to the Prime Minister: The economic crisis continues for the first quarter of next year”