The Prime Minister-designate, Adnan Al-Zorfi, confirmed today, Sunday, that he visited Al-Kazemi personally and announced that he will apologize for assigning him to the position of Prime Minister, while he made it clear that he is a candidate from Iraqi MPs and not from Iranian or foreign parties.

Al-Zrafi said in a television interview, followed by “Al-Ghad Press”, that “we will exclude Iraq from the specter of parties and attacks,” noting that he is “a candidate from the Iraqi representatives and not from Iranian or foreign parties.”

He added that “hidden wills seek to not build any project in the country,” explaining that “the Presidency of the Council of Representatives will determine a session soon to vote on the ministerial cabinet.”

He added, “Next week, the new government will be formed,” noting that “we will distance Iraq from the specter of parties and attacks.”

“I am the first to protect the demonstrators by understanding with the security services,” Al-Zorfi said, stressing that “the poor and retired people should be exempted from the collection of electricity and the ministry has been” invoking “them for 14 years.”

“I called for a quick session of the parliament to vote on granting confidence to the government,” he said, explaining that “his mandate to form the government came through parliamentary and political trust, and this trust is still continuing.”

He pointed out that “Al-Hikma and Sadiqin are the nominees nominated for the position of Prime Minister within the Seven Committee,” pointing out that “the Sadrist movement has a positive attitude in my responsibility to form the next government.”

Baghdad / … The Central Bank of Iraq, on Sunday, began selling the dollar through its daily auction, after stopping the result of the embargo and since March 17.

The bank’s sales today amounted to 245 million and 669 thousand and 143 dollars, covered by the bank at a base exchange rate of 1190 dinars per dollar.

The bank’s sales were all to enhance the balances abroad in the form of transfers and credits that were fully covered by the bank at an exchange rate of 1190 dinars per one dollar., While there was no cash sale to banks.

While none of the 27 banks participating in the currency auction made any offers to sell the dollar. Finished 2 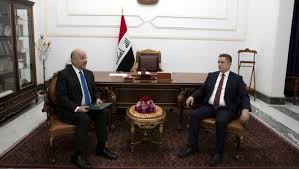 Baghdad /
Al-Akhbariya: On Sunday, the Prime Minister-designate, Adnan Al-Zorfi, confirmed the completion of the formation of his next government and his willingness to present it to parliament within the next two days, stressing that he will prove to the people his ability to improve the situation.
Al-Zorfi said in a televised statement, followed by “Al-Akhbariya”, that “my government is ready and I will present it to Parliament 48 hours before the session of giving confidence.”
He added, “The members of the new government are mostly state employees, who have chosen them with great care and accuracy, and I hope they will be satisfied by the people and parliament.”
And Al-Zrafi added that “it will prove to the political blocs and the Iraqi people that Adnan Al-Zorfi is capable of making tangible changes,” noting that “early elections are one of my first tasks in addition to restoring prestige to the state and confronting the epidemic.”
He pointed out that “he has not heard that Iran has a veto on his mandate or there are problems with Iran,” noting that he “knows the role of Iran in assisting Iraq militarily and economically in accordance with common interests.”
“I will not allow any country to interfere in the affairs of Iraq, whether it is a neighbor, regional or international, and I will not allow strikes against Iraqi installations,” he declared, expressing “his agreement with the American side to withdraw its forces gradually and promised to withdraw.”
https://www.ikhnews.com/index.php?page=article&id=212803

Shafak News / China recently eased quarantine measures in Wuhan, from which the outbreak of the new Corona virus began, with the lifting of the closure completely on April 8.

With President Xi Jinping visiting the city in the past days, the industrial economy across China has returned to work, although the service sector is still cautious, according to US oil price website Oil.

As for the oil sector, this means that China will return to work from where it left off, and resume its activities to explore and develop new opportunities.

There is no clearer sign of this, from last week’s China move, to award an engineering contract worth $ 203.5 million to the giant Majnoon oil field in Basra, Iraq, to ​​the unknown Chinese Petroleum and Construction Engineering Company (CPECC).

Oil Price indicates that China is racing against time to complete what has been called a “lifelong oil deal” with Iraq. With the United States preoccupied with fighting Corona, Beijing has a good reason to believe that it is open to it in Iraq, according to the site.

In particular, this means continuing to develop opportunities for oil and gas fields in geopolitical areas, such as Iraq, on the basis of renewed contracts for specific work executed by companies outside the US radar such as China Petroleum Engineering and Construction Company.

This method is also adopted by Russia, and the focus in it now is on Iraq and Iran, the two countries that are located in the middle of the Middle East and are essential to China’s multi-generational strategy of “one belt, one path”, and Russia’s continuous attempt to confiscate the entire Middle East.

And before the United States became aware that China was working covertly with Russia to save money, Iraqi politicians offered China a tremendously profitable deal to develop the Majnoon field, according to the article.

Specifically, the terms of the deal stipulate that China will obtain a 25-year contract, which will enter into force two years after the date of signature. This allows China, according to Oil Price, to generate more profits on average annually and less upfront investment.

At the end of 2017, Iraq began taking over the management of the Majnoon field from the Dutch-British Shell Company, which decided to withdraw from it by mutual consent. The handover process ended in March   2018. Basra State Oil Company took over the operations in the field after the withdrawal of Shell, which Baghdad chose in 2009 to develop the field, which has an estimated reserve of 12.58 billion barrels.

Iraq announced plans to increase production in the Majnoon field to 450,000 bpd in 2021. 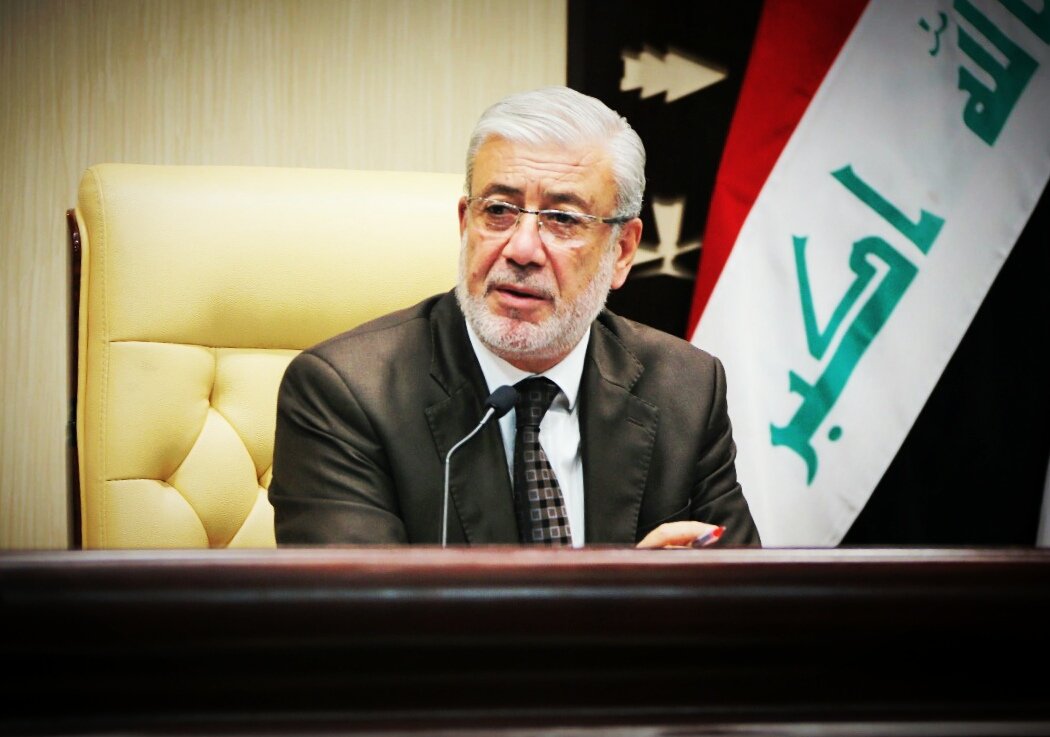 Baghdad – Mawazine News, he pointed out, “The nature of the session has not yet been determined, and is it normal in the presence of representatives or in an electronic way, and we will announce it at the time.” Ended 29 / h
, the Presidency of the Council of Representatives announced, on Sunday, the formation of a committee to study the government curriculum presented by Prime Minister-designate Adnan Al-Zorfi, while noting that the voting session on giving confidence to the government may be electronic.
The second deputy to the Speaker of the Council, Bashir Haddad, said in an interview with Mawazine News that “the government program arrived in the parliament yesterday and was distributed via e-mail to the representatives. A date for an extraordinary session to grant confidence and agree on the voting and attendance mechanism.
He added, “Until now, we did not specify the date of the session, because the ministerial cabinet has not yet arrived, and when the names of the candidates for the ministerial cabinet arrive, we will study their résumés and distribute them to members of the council.” 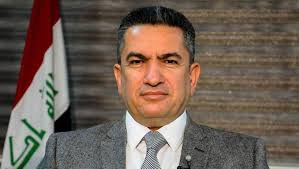 Baghdad /
Al-Akhbariya: On Sunday, the Prime Minister-designate, Adnan Al-Zorfi, confirmed his confidence in the passage of his government by Parliament, indicating that the Presidency of the Council of Representatives will set a session shortly to vote on the cabinet.
Al-Zorfi said in a televised statement, followed by “Al-Akhbaria”, that “most of the national representatives support me, and I submitted my government program to parliament, and we calculated everything in it.”
Al-Zrafi added, “I am confident of my passage in Parliament and all the blocs and representatives are aware of the seriousness of the crises that Iraq is going through.”
“I met with the ambassadors of European countries to discuss the Corona crisis and the economic crisis, and I told the ambassadors that Iraq started a new phase,” he said.
https://www.ikhnews.com/index.php?page=article&id=212799

Shafaq News / Deputy Speaker of Parliament, Bashir Al-Haddad, said on Sunday that Parliament will form a committee to study the government program for Prime Minister-designate Adnan Al-Zarfi before setting the date for the granting of confidence session.

“A committee will be formed, headed by one of the two deputies of the Speaker of Parliament, to study the program presented by the Prime Minister-designate, Mr. Adnan Al-Zorfi,” Al-Haddad said in a statement to Shafaaq News.

He continued by saying, “Then we will decide a date for an extraordinary session to give confidence and agree on the voting and attendance mechanism.”

And its rapporteur, Khadija Ali, informed Shafaq News on Sunday that a request had been received from Al Zorfi to Parliament to determine whether or not to give his government a confidence session.

This request came one day after Al-Zarfi presented his government program to Parliament, which includes holding early elections within a year.

The leadership of the National Wisdom Stream, Hamid Maalla, revealed on Sunday the details of the meeting of the Shiite forces at the home of the head of the Alliance of the Hadi al-Amiri, indicating that the blocs agreed to support the candidacy of Mustafa al-Kazemi instead of the Prime Minister-designate Adnan al-Zarfi.

Al-Maalah said in a televised statement, followed by “Al-Akhbaria”, that “all Shiite political forces agreed to nominate Mustafa Al-Kazemi instead of Al-Zorfi after a meeting held at Al-Amri’s house just before.”

The Maalah added that “the resistance factions with their political wing agreed to nominate Al-Kazemi in order to avoid the coming political crises.”

He continued, “It is not possible to continue burning the assigned prime ministers and keep the current government,” noting that “the Shiite forces will bring up Al-Kazemi within the coming hours.” 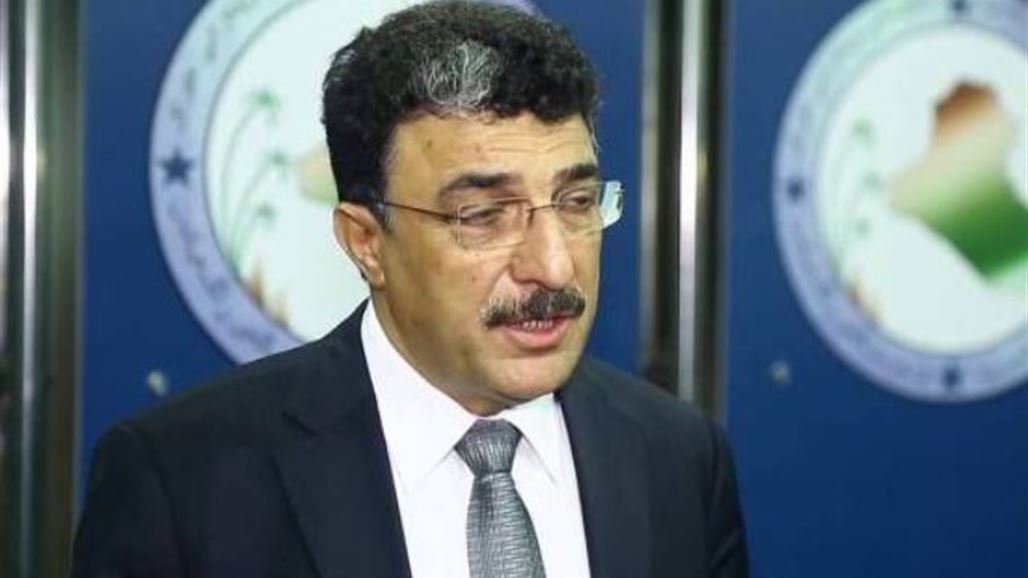 Private- Mawazine News
, The Patriotic Union of Kurdistan confirmed, on Sunday, that the Presidency of the House of Representatives did not issue any instructions regarding holding the extraordinary session to vote on the ministerial cabinet of the Prime Minister-designate Adnan Al-Zarfi.
“Al-Zorfi sent the government program yesterday, which is better for the current Iraqi situation, as it includes fighting the Corona virus and holding early elections and the issue of the budget,” union representative Hassan Ali said in an interview with Mawazine News.
He added, “We have notes on the program, such as it did not touch on the sporting issue, but in general the program is good compared to the circumstances of Iraq, especially as it deals with the relations between the region and the center and is based on partnership based on the constitution and solving the outstanding problems between the two parties.”
He pointed out, “The Presidency of the House of Representatives did not issue any information regarding Al-Zarrafi’s request to hold the special session, and we will attend the session after setting its date.”
He continued, “We do not have any forms with Al-Zarfi and we want to form a government headed by Al-Zarfi representing all shades of the Iraqi people, without any marginalization of any nationality or sect.” Ended 29 / h