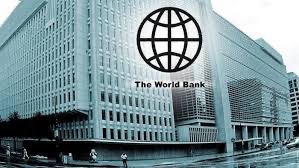 World Bank President David Malpas said the spread of the Coruna virus is expected to lead to a “massive global recession” and is likely to do the most harm to poor and underdeveloped countries.

“We intend to respond strongly and broadly with support programs, especially for poor countries,” Malbas said Thursday, noting that he intends to speak soon with the leaders of Ethiopia, Kenya and other countries.
He explained: “We are working to strengthen the capacity of developing countries to respond to the Covid-19 epidemic and shorten the period of access to economic and social recovery.”
The World Bank approved a $ 160 billion emergency aid plan over 15 months to support countries ’efforts to tackle the consequences of the Corona virus.
In a statement, the bank announced the first urgent financing package for the crisis by allocating $ 1.9 billion to finance projects in 25 countries and ongoing operations in 40 countries.
The Organization for Economic Cooperation and Development said that economic growth may halve if the virus continues to spread, which could push the global economy to its worst state since the global financial crisis.
The organization pointed out that global GDP will grow by only 1.5% in the year 2020, if Corona spreads more widely throughout Asia, Europe and North America, nearly half of the 2.9% growth rate that the group had expected for 2020 before The discovery and spread of the virus, which could push Japan and Europe into an economic recession. Ended 29 / p

, the Central Bank of Iraq revealed the implementation of several steps to control the high exchange rate of the dollar in the markets.

“The central bank has implemented a number of steps to control the exchange rate of the dollar,” he said, noting that “the bank will try and in any way to curb this large disparity.

” Jabbar explained that “there are some weak souls speculating in dollars, so the bank Central will try in any way to curb this great disparity and we expect this week to resolve the issue of higher dollar prices. ”

He explained that” Obozor these steps to open ports for sale and the strengthening of banks in hard currency, while Rahj to end the rise happening in the dollar exchange rate against Uncle Of the local during the current week. ”

The exchange rate of the dollar in the local markets during the past few days increased, reaching sometimes from 126 to 128 thousand dinars per 100 dollars. Ended 29 / p

Shafaq News / Prime Minister-designate Adnan Al-Zorfi said on Friday that he will present his government program to parliament tomorrow, Saturday, with a request to set the date for the session to give confidence to his government.

This move constitutes a challenge on the part of Al-Zrafi for prominent Shiite forces, headed by the Al-Fatah coalition led by Hadi al-Amiri and the State of Law coalition led by Nuri al-Maliki, who rejects his candidacy and is looking for an alternative.

“I was charged with forming the government constitutionally, and my consultations are continuing until the cabinet is completed and presented to parliament,” Al-Zorfi said in a statement to his office, reported to Shafaq News.

He added, “Tomorrow, God willing, I will present the government program with an official request to the Speaker of Parliament, to hold a session of obtaining confidence.”

Al-Zorfi indicated that he would form a “national government that derives its legitimacy from the Iraqi parliament after consulting with the parliamentary blocs.”

And he added, “My government will work on three important axes: firstly, the balance of international relations for a strong and moderate Iraq … secondly, to find solutions to the financial crisis … and thirdly, to impose state prestige and the rule of law.”

Al-Zrafi challenged the opponents of his mandate by saying, “I will never apologize for completing my mission of forming a government, nor will I betray the constitutionality of the mandate and everyone who supported me and stood with me from the societal and political forces.”

He pointed out that “the choice remains for members of Parliament and national political blocs to give me confidence in order to march in the implementation of the government program or not.”

On March 16th, the President of the Republic tasked Barham Salih, the head of the parliamentary victory bloc, Adnan al-Zarfi, to form the new government within 30 days.

For his part, a source in the victory coalition for Shafak News said that the government program for al-Zrafi includes setting a date for early elections.

The new government will succeed Adel Abdel Mahdi’s government, which was forced by unprecedented popular protests to resign in early December 2019.

Baghdad / Obelisk: A close source revealed, Friday, April 3, 2020, that the government curriculum will be handed over to Parliament and request for an official session next week.

The source said in a press statement that Al-Masalla followed, that the Prime Minister-designate Adnan Al-Zarfi will deliver the government curriculum tomorrow, Saturday, to the House of Representatives.

He added that Al-Zrafi will ask to set an official session next week to vote on the government booth.

The Finance Committee commented, on Friday, on the Central Bank’s decision to stop the dollar from flowing into the market with the aim of floating the dinar and reducing its value, in order to fill part of the budget deficit and the needs of the government.

The committee’s rapporteur, Ahmed Al-Saffar, said in an interview with (Baghdad Today) that “reading the intention of the central bank to stop the flow of the dollar and floating the dinar to fill part of the state’s budget deficit is impossible, but it may be in harmony with the current situation to compensate for the shortfall in oil revenues” .

Al-Saffar added, “At the same time, the central bank may also be unintentional because of the curfew and the suspension of most life activities.”

And the rapporteur of the Finance Committee in Parliament, Ahmed Al-Saffar, spoke last Sunday about the authority of the Central Bank to issue a set of decisions on withdrawing the commission of the US dollar.

Ahmed Al-Saffar said, in an interview with (Baghdad Today), that “the decisions issued by the Central Bank regarding the commission of withdrawing the US dollar are considered within his powers and he is the one who sets the interest rate, whether by depositing or withdrawing.”

Al-Saffar added, “Iraq revenues from selling oil go to the Ministry of Finance account in the US Federal Reserve, which the Central Bank has a branch in,” explaining that “the process is that the revenues are transferred to the central bank account and the bank transfers it to the Iraqi dinar to the Ministry of Finance to pay salaries.” employees”.

On Sunday (March 29, 2020), the Central Bank of Iraq issued a set of decisions regarding the US dollar withdrawal commission.

And included a document issued by the bank and received (Baghdad today): “The commission for withdrawing cash for the US dollar, which comes from the incoming transfers to the bank to our accounts in the American Federal Bank, as well as the transfers received to banks from other banks by a rate of seven thousand.”

The bank added: “The amounts of the above remittances are transferred to banks by (75%) in cash in dollars according to the above commission, and (25%) pay Iraqi dinars at the official bank rate (1182) dinars to the dollar.”

He continued: “Banks must spend the (25%) above on their remittances customers at a price of (1200) dinars / dollars, and submit their requests at the end of each month to the accounting department at the central bank for the purpose of handling the two price differences in our accounts in Iraqi dinars.”

And he added: “The banks will spend the full amount of the transfer received in the Iraqi dinar if the customer desires to do so, and the two price difference will be processed by the same mentioned mechanism.”

He stressed, “The above mechanism does not include customer deposits in dollars in cash, where it is paid to the customer in full, but is restricted to customers who receive remittances received from outside Iraq of any kind, and internal dollar transfers between their banks in our accounts.” 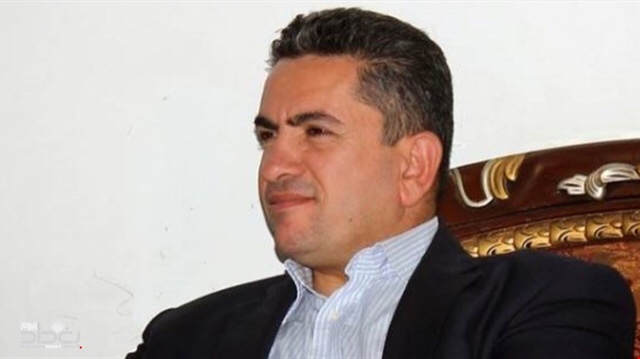 On Friday (03 March 2020), the deputy for Saeron, Riyadh Al-Masoudi, revealed that the Prime Minister-designate, Adnan Al-Zarfi, had completed the first stage of his meetings on forming a government.

Al-Masoudi said, in an interview with (Baghdad Today), that “the Prime Minister-designate Adnan Al-Zrafi, has finished the first stage of his meetings with the leaders of the Sunni political blocs, but he has not yet met with the Shiite and Kurdish blocs.”

He added, “Al-Zarfi holds his meetings with members of the Shiite blocs, separately, to win their support, away from the heads of their blocs.”

The deputy affirmed, on the other hand, that Al-Zarrafi’s success depends on several points, the most important of which is persuading the partners and reassuring them, the nature of the government program and the ability of the negotiating team to win the support of members of the House of Representatives.

On Tuesday (17 March 2020), President of the Republic, Barham Salih, commissioned the head of the parliamentary victory bloc, Adnan Al-Zarfi, to form the new government, succeeding the former commissioner, Muhammad Tawfiq Allawi, who presented an official apology for forming the government.

The commission faced objections from Shiite forces, who considered the nomination of the person in charge of forming the government an exclusive right of the largest (construction) bloc, which includes Shiite forces.

The strategic expert, Hisham Al-Hashimi, confirmed today, Friday, that the Al-Fateh coalition did not succeed in forcing Al-Zarfi to apologize for the formation of the government despite the strong-worded factional threats.

Hashemi said in a tweet on his personal page on Twitter followed by “Al-Akhbaria”, that “the Al-Fateh coalition did not succeed in doing what was aspired to pass on Professor Muhammad Allawi.”

He noted that “Al-Fateh also did not succeed in dismantling the minimum level of Adnan Al-Zorafi’s resolve to force him to apologize despite the stubborn and threatening tweets of the Palestinian factions.”

It is noteworthy that the former Deputy Prime Minister, Bahaa Al-Araji, revealed earlier, that the opposition alliances send negotiators to the Prime Minister-designate Adnan Al-Zorfi, to find out their shares in the next government. 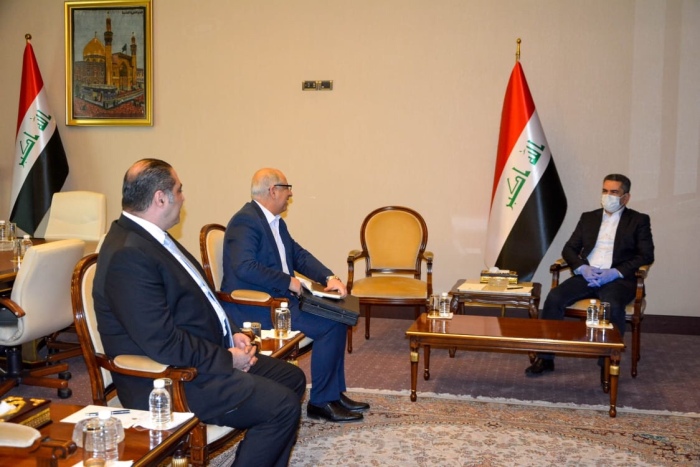 A statement by Al-Zorfi’s office received / Mawazine News / a copy of it, “The latter received at his residence in Baghdad, Undersecretary of the Ministry of Planning, Maher Hammad, and the head of the Iraqi Bank for Trade, Faisal Al-Heims. Conditions in the country, as the meeting witnessed a review of poverty rates, numbers of employees, retirees, the unemployed, the earners and those covered by social welfare.

The statement added, “Emphasis was placed on the importance of revitalizing the banking sector, moving the circulating cash block, preparing financial and economic plans and programs to face the current recession, revitalizing the private sector, developing investment activity, reducing and rationalizing spending and reducing financial waste.”