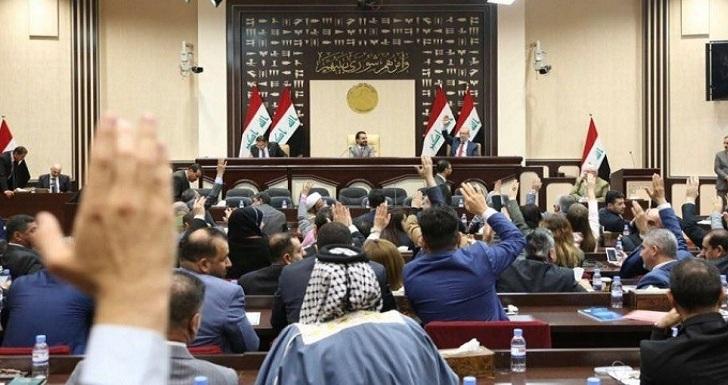 A political source source revealed, today, Wednesday, the presence of 180 deputies ready to vote and agree to give confidence to the government of Prime Minister-designate Muhammad Tawfiq Allawi.

The source said to “Al-Akhbaria”: “More than 180 deputies are trying to pass the government booth so far.”

He added: “The government booth is complete and ready for the parliament vote next Monday.”

Prime Minister-designate Muhammad Tawfiq Allawi called today, Wednesday, the House of Representatives to hold an extraordinary emergency session next Monday, to vote on the cabinet.

Allawi said in a televised speech followed by “Al-Akhbariya” that “your historic battle for the country for which you have borne heavy burdens and massive sacrifices has changed political rules and resulted in an independent government formation for the first time in decades without the participation of candidates of political parties.”

He added, “This squad has been chosen because of the competence and qualifications of its owners in addition to what they have of programs that are applicable to cross the country to safety and serve citizens of all their affiliations.” And after parliament gives her confidence. “

Allawi called on the House of Representatives to “hold an extraordinary session in order to vote on giving confidence to the government next Monday, February 24th.”

The Prime Minister-designate expressed his “wish that our representatives of all Iraqis prove their desire for reform and that they bear the national responsibility that falls upon them and that they think about the present and future of Iraq, and that private interests do not prevent them from taking the right decision. Iraq is above all interests, and we cannot evade real reform.”

He pointed out that “after these protests not as before, and if the pace of the demonstrations recedes, it will return at any time in a stronger and broader manner than what we have witnessed. Giving her confidence will begin an investigation into all that took place in the demonstration grounds. “

He stressed that “his government will work to uncover the elements that attacked the demonstrators and the security forces, pursue them, and bring them to justice, whatever their locations, and to release the peaceful demonstrators,” adding that we will not allow the unjust arrest of Iraqis or simply their expression of their opinion.

He continued, “His government will work to restore the prestige of the state and take the necessary measures to conduct early free and fair elections away from the effects of money, weapons, and external interference.”