Skip to content
HomeWill Masoud Barzani intervene to end the crisis of choosing the prime minister in Iraq, and how acceptable is it? 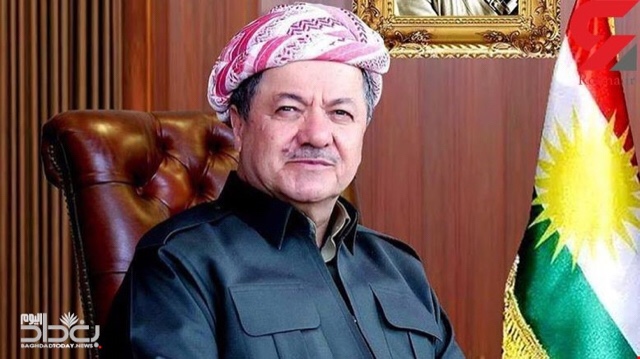 Imad Bajlan, a member of the Kurdistan Democratic Party led by Masoud Barzani, confirmed on Sunday (19 January 2020) that his party leader will not fail in any solution that could quell sedition and end the escalation taking place in the federal capital Baghdad and the central and southern governorates.

Baglan said to (Baghdad today) that “Barzani is a figure respected by all parties, and Erbil is always the touchstone to solve all the problems between the conflicting parties.”

He added, “In 2010, when the formation of the Iraqi government was delayed by 9 months, Masoud Barzani intervened with a national political initiative, bringing together the various parties and the government was formed.”

He added that “Barzani will not hesitate if there is a desire by the Shiite parties to arbitrate Barzani for mediation, as he is concerned with Iraqi blood and the occurrence of problems and greater temptation that will lead to the collapse of the security and political situation.”

He pointed out that “the continuous escalation and tension of the situation will affect all cities of Iraq, including the Kurdistan region, so a suitable method of solution must be found.”

In conjunction with the end of the deadline for Nassiriya, which was announced by the city’s demonstrators a week ago, and supported by demonstrators in other governorates, the demonstrators stepped up the pace of their protest today, and this was represented by cutting off the road of Muhammad al-Qasim from the side of the nervous sentence hospital in central Baghdad, and paralyzing traffic in the city of Najaf, by cutting off The main roads, the closure of the Electricity Directorate and the Petroleum Products Department in Al-Diwaniyah Governorate, as well as cutting the Karbala-Najaf road and closing the Tax Department in Karbala and the Office of the Parliament.

Earlier in the day, a security source said that gunmen in civilian clothes shot live demonstrators near a government building in Diwaniya, before an army force intervened to protect the protesters and arrest the militants.