Skip to content
Homedetention of 3 Iraqis working in Baghdad Airport, leaked the movements of Soleimani 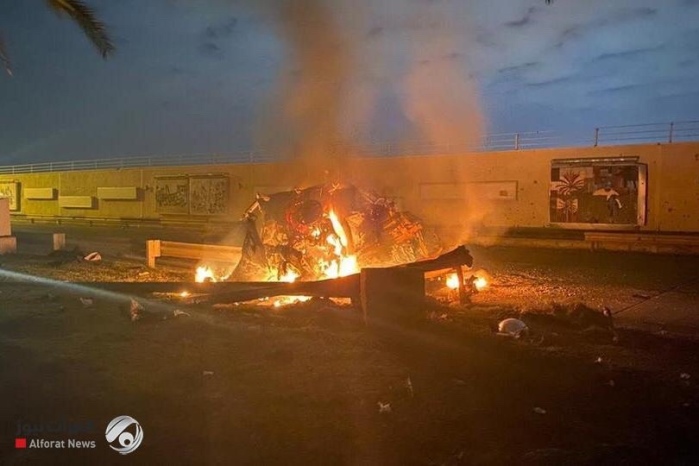 International: Al Furat News: The Iraqi authorities detained 3 people working in Baghdad International Airport on Thursday evening, on suspicion of leaking detailed information about the movements of the Quds Force commander in the Iranian Revolutionary Guards, Qassem Soleimani, to the Americans.

The two sources confirmed to CNN, on condition of anonymity, due to security concerns, that the three detainees are Iraqi citizens.

And the Iraqi authorities launched an investigation this week into the circumstances of the American strike that killed the Iranian General Qassem Soleimani and an Iraqi paramilitary figure, and investigators are following what is suspected of being a “spy network” that is believed to have leaked information and details about Soleimani’s movements to the Americans.

Iraqi investigators believe that the alleged leaked information was essential to the US operation that killed Soleimani and Abu Mahdi al-Muhandis, deputy head of the PMF, backed by Iran.

The investigation, headed by Faleh al-Fayyad, the National Security Adviser, focused on interrogating security personnel at Baghdad International Airport, where the attack occurred.

Soleimani arrived at Baghdad airport from Damascus according to the sources, which indicated that a parallel investigation is being conducted by the Syrian authorities at Damascus International Airport, adding that Iraqi and Syrian investigators are communicating with each other.

A US plane had killed Soleimani, the deputy head of the Popular Mobilization Organization, Abu Mahdi Al-Muhandis, and a number of people accompanied by a raid at dawn last Friday.