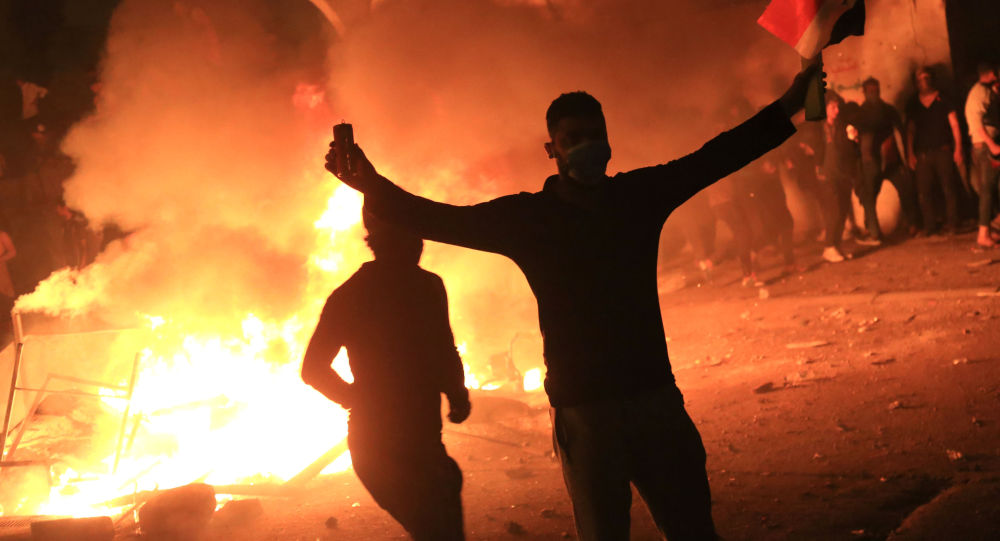 The Iraqi demonstrators in the main sit-in square that leads the great popular revolution since the beginning of last October and until now have given the president of the republic, Barham Salih, until next Friday to choose a president for the interim government, declaring innocence from parliament and considering its decisions as illegal.

The demonstrators, in a statement issued by them from Tahrir Square, received a reporter “Sputnik” in Iraq, on Monday evening, a million revolution in the provinces of the country , the largest and most severe of the demonstrations of the first of October last year, if no president is chosen for the interim government. 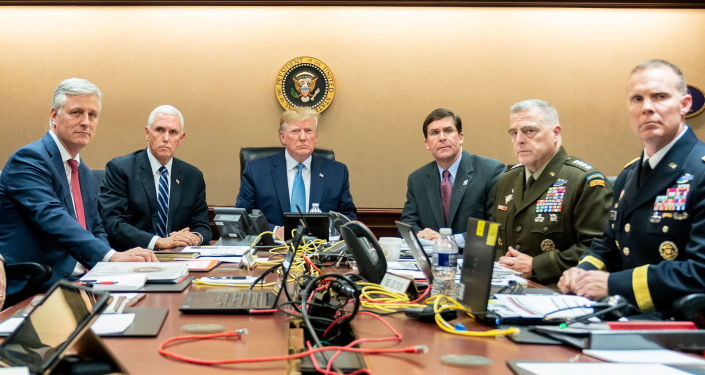 The protestors of Tahrir Square, in the heart of the Freedom Monument, in the middle of the capital, Baghdad, declared their position after a day in which the Iraqis shared their fears of American sanctions, and a siege that remembers the scenes of starvation in the nineties of the last century, saying:

“Our brothers, our dear sons, we have been from the first day that we went out into the protest arenas, convinced that this authority is represented by Parliament, and the government that emanates from it, an enemy power for the people and the country, works against its interests , and has never wavered in its destruction of non-national interests.”

The protesters of liberation considered that what happened yesterday in the parliament session are acts that are not related to the national interest, and that they are trying to plunge Iraq into an international conflict that has nothing to do with it, and send a negative image of it as a totally biased state in favor of an axis against another axis, which we reject reject We completely consider it an aggression against our homeland by a brutal authority that was the first to defend its interests and not the interests of other countries, and reject sub-affiliations in favor of belonging to the homeland. “

To confront the challenges they described as grave, the protesters demanded in their call to the people of the country, “to stand up and stand seriously against those who are trying to destroy the homeland by sticking it into” foolish “adventures, back to the dark ages we experienced, and we got out of their miracles in miracle, in response to non-national interests, regardless of who they are The intended destination, in or outside the authority. “

They stressed the speedy and without any delay, and no later than the tenth of January this year, by the President of the Republic choosing an interim Prime Minister, and as defined by his conditions from the square, working to prepare the appropriate ground for the holding of early and fair elections, and under international supervision for a period not exceeding six months.

Liberation lieutenants throughout the cold nights expressed their position on the parliament’s vote on the decision to remove foreign forces from Iraqi lands in an extraordinary session on Sunday, stressing that the current parliament lacks legitimacy, due to the massive boycott of the 2018 elections, and in order to complete its legitimacy, it must He does not take any measures and does not issue any decisions against the interests of Iraq and its oppressed people. “

The protesters noted that any procrastination or postponement in meeting these demands will make the revolutionaries of the sit-in squads on a date to repeat the revolution of the first of October last year, in a more severe way, in which the movement is paralyzed in all parts of Iraq, because the danger posed to the homeland is great, Destructive, with the care of a wretched hand you want to throw him into the abyss.

The liberation protestors concluded their statement by expressing, “We, as revolutionaries, have gone out and we expect death, and we will again offer ourselves to death if the price is the security of our homeland and our dear people.”

The Iraqi parliament had voted in the presence of the head of the caretaker government, Adel Abdul Mahdi, in an extraordinary session called by the latter, yesterday, Sunday, January 5, on a decision of four paragraphs:

First, obliging the Iraqi government to cancel the request for assistance submitted to it by the international coalition to fight ISIS  (banned in Russia), in order to end military and war operations in Iraq, and achieve victory, and the Iraqi government must work to end the presence of any foreign forces in the territories and prevent them from Use Iraqi airspace for any reason.

Second, the Iraqi government represented by the Commander-in-Chief of the armed forces must announce the preparation of foreign technicians and trainers that need them, their whereabouts, tasks and duration of their contracts, and thirdly, the government, represented by the Minister of Foreign Affairs, should go to the United Nations and the International Security Council, and file a complaint against the United States of America for its violations And grave breaches of the sovereignty and security of Iraq, and fourth and finally, that this decision should be implemented from the date of voting on it.

On Friday, January 3, the head of the caretaker government, Adel Abdul Mahdi, called on MPs to hold an emergency session and consider the attack, which he described as a violation of sovereignty.

Thousands of fighters gathered in the popular crowd and political leaders, in the presence of the head of the caretaker government, Adel Abdul Mahdi, the bodies of Abu Mahdi al-Muhandis, Qasim Soleimani, and the victims who were killed after the American bombing, last Saturday, January 4, in the Karrada area, central Baghdad.

The killing of Abu Mahdi Al-Muhandis has sparked widespread political and popular anger, amid calls for the removal of Iraq from the conflict between the United States of America and Iran.

The deputy head of the Popular Mobilization Authority, Abu Mahdi al-Muhandis, and the commander of the Iranian Quds Force, Qasim Soleimani, were killed on Friday, January 3, by an American raid on their convoy near Baghdad International Airport, which killed eight, including “important figures.”