IRGC Major General Qasem Soleimani- One of the most criminal terrorists within the rank of IRGC, commander of the terrorist Quds force.

The death of Soleimani caused a stir across the globe and filled the ranks of the Iranian regime with terror. Regime supreme leader Ali Khamenei declared three days of mourning for his regime personally attended an emergency meeting of the Supreme National Security Council.

The role of the IRGC in protecting the Iranian regime

By taking a closer look at the Quds Force, which Soleimani commanded until his death, one can better understand his role and significance in the regime.

The Quds Force is a branch of the Islamic Revolutionary Guards Corps (IRGC), a military body that was founded shortly after the 1979 revolution with the sole purpose of suppressing domestic opposition and waging terrorist wars beyond Iran’s borders.

The raison-d’être of the IRGC is to expand the fundamentalist ideology of the mullahs through killings, terrorist acts, and hostage-taking. Interestingly, the IRGC’s full name doesn’t even include “Iran,” which alludes to its expansionist and extraterritorial mission. The heads of the Iranian regime and the IRGC have time and again stressed that the Guards do not confine themselves to the geographical borders of Iran and have globalist goals.

The Quds Force plays a very special role in the IRGC and is tasked with orchestrating the regime’s meddling in countries of the Middle East region, from Iraq to Syria and Yemen, and as far as the African continent.

In April 2019, the U.S. State Department designated the IRGC as a foreign terrorist organization.

Qasem Soleimani at the head of the IRGC Quds Force

Qasem Soleimani, who was a veteran of the eight-year Iran-Iraq war, was appointed as the head of the Quds Force in 1997 and became the main implementer of the regime’s terrorist conspiracies in the region. But his role was not limited to commanding the operations of the Quds Force. During his years of service, he was effective as the lead authority of the regime on all military and intelligence operations. He also had a great influence on the regime’s foreign policy. Most of the Iranian regime’s ambassadors in the Middle East were Quds Force operatives who reported to Soleimani. Soleimani directly reported to Khamenei, and the latter trusted him deeply.

After Qasem Soleimani’s death, the regime’s authorities and media described him as the “heart and soul of the establishment and the Revolutionary Guards,” which is not an overstatement. Soleimani symbolized the IRGC’s savagery and thirst for blood and aggression to other countries.

Soleimani played a key role in the killing of the members of the People’s Mojahedin Organization of Iran (PMOI/MEK) in camps Ashraf and Liberty in Iraq.

Before the 2003 U.S.-Iraq conflict, Soleimani orchestrated several attacks against MEK bases in Iraq, including a major car-bombing in the Habib base near the southern city of Basrah in 2000, which left several dead and destroyed large parts of the compound. He also commanded missile attacks against several MEK headquarters, including a volley of 1,000 missiles launched in 2001.

After the 2003 invasion of Iraq, Soleimani expanded his reach on Iraqi soil and used his clout and influence in Iraqi politics and military to orchestrate numerous attacks against MEK members, including three massacres at Camp Ashraf in 2009, 2011 and 2013.

The September 2013 attack, which became known as the “Camp Ashraf Massacre,” resulted in the death of 52 MEK members and the abduction of seven others. Soleimani personally oversaw the plans of the massacre. Two days after the attack, he attended the regime’s Assembly of Experts to report on his heinous crime.

Under the command of Qasem Soleimani, the criminal proxy forces of the Iranian regime in Iraq also staged numerous rocket attacks against MEK members in Camp Liberty, near the Baghdad Airport, killing dozens and wounding hundreds of others.

Soleimani’s loss for IRGC and the Iranian regime

With the elimination of Qasem Soleimani, the Iranian regime has lost the mastermind of its terrorist activities, one of the key planners of its attacks on the opposition and the main person who was keeping its ranks together beyond its borders. Without Soleimani, the regime is hard-pressed to maintain its “strategic depth,” as its officials describe its meddling in foreign countries. The IRGC and Quds Force will not be the same without Qasem Soleimani, and the weakening of the IRGC will, in turn, weaken the regime in its entirety. This will further incapacitate the regime in face of ongoing uprisings in Iran, Iraq, and Lebanon, where Soleimani was one of the most hated figures. 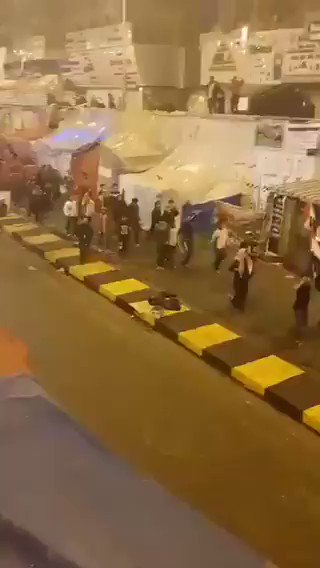 In numerous locations in Iraq, including Baghdad’s famous Tahrir Square, the Iraqi people celebrated the death of Qasem Soleimani and Abu Mahdi al-Muhandis, two key figures in the bloody suppression of nationwide uprisings in the country. Similar scenes were seen in Syria, where Qasem Soleimani and his brutal forces have killed hundreds of thousands of people.

In Iran, while regime officials mourned, the people celebrated the demise of the mullahs’ master terrorists in their homes. In many cities across the world, Iranians also celebrated the irreparable blow to the regime that has hijacked their country and their rights for four decades. 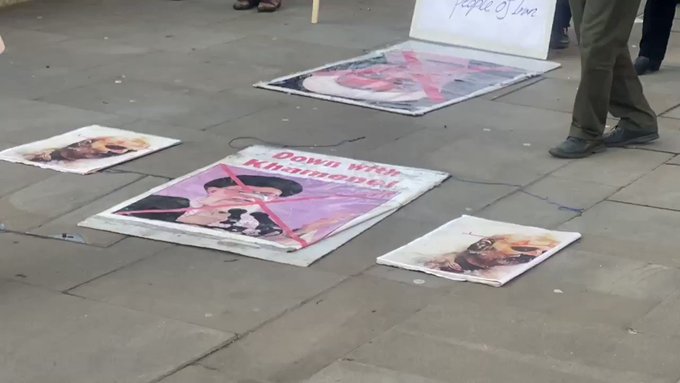 As Mrs. Maryam Rajavi, the president-elect of the National Council of Resistance noted, “With [Soleimani’s] elimination, the process of overthrowing the mullahs will be greatly expedited.” This is a dream that the people of Iran and the Middle East region have been longing for.