A train belonging to the General Railways Company

The General Railways Company revealed, on Wednesday, the referral of the suspended train project to the French company, Olstol, while indicating that it is close to work.

He added that “the sugar mills in the Al-Shalajiyyah area began their activation four months ago,” explaining that “the financial allocations for this project stood as an obstacle to its completion in the current year.”

He pointed to “the existence of negotiations with the iron and steel factory, but the plant has not yet been fully completed.”

He pointed out that “the company went towards the loans that were included in the Sino-Iraqi investment plan, which is the introduction of the Karbala Najaf pipeline and the other between Basra and Fao and the Musayyib Karbala Najaf Samawa project which will be linked with Turkey.”

The exchange rates of the dollar rose, on Wednesday, on the stock exchange and local markets.

SULAIMANI — The office of Iraqi Shia cleric Moqtada al-Sadr said Wednesday (December 25) that it had nominated four candidates for the position of Prime Minister.

The Sadr’s office said it had sent four names to the Iraqi Presidency to pick up one of them for Premier position.

“Those are independent and not members of our movement,” his office said.

The Sadr’s nomination of those candidates came after Iraqi protesters rejected candidate Qusay al-Suhail of al-Bina coalition this week.

Al-Bina includes the Fatah Alliance, which is made up of the political wings of the Hashd al-Shaabi, and State of Law, which is former prime minister Nouri al-Maliki’s party. It is seen as being closer to Iran than the rival Islah bloc.

A source from al-Bina coalition said on Wednesday that the coalition had decided to nominate Basra governor Asaad al-Eidani as its new candidate for the position of Prime Minister.

Iraq has been rocked by anti-government protests for nearly three months. Initially the demonstrators wanted the government to do more to fight corruption, increase job opportunities, and improve public services, but they are now adamant that the current government and parties should be swept aside and new elections held.

Protesters have repeatedly rejected candidates floated by the parties, saying that they will not accept anyone who previously served in government.

More than 497 people have been killed and over 17,000 others have been wounded since the protests began on October 1, according to the High Commission for Human Rights. Local and international rights watchdogs have condemned the killings.

Iraq’s top Shia cleric, Grand Ayatollah Ali al-Sistani, said on Friday that an early election was the only way out of the current unrest gripping the country and a new government should be formed soon.

The Saeron Alliance renews its previous position not to participate in any political meetings related to the selection of the next Prime Minister.

Shafaq News / The leader of the Sadr movement, Muqtada al-Sadr, today, Wednesday, called for not to cling to power, calling on the politicians, Sunnis and Shiites, to keep the corrupt from office. 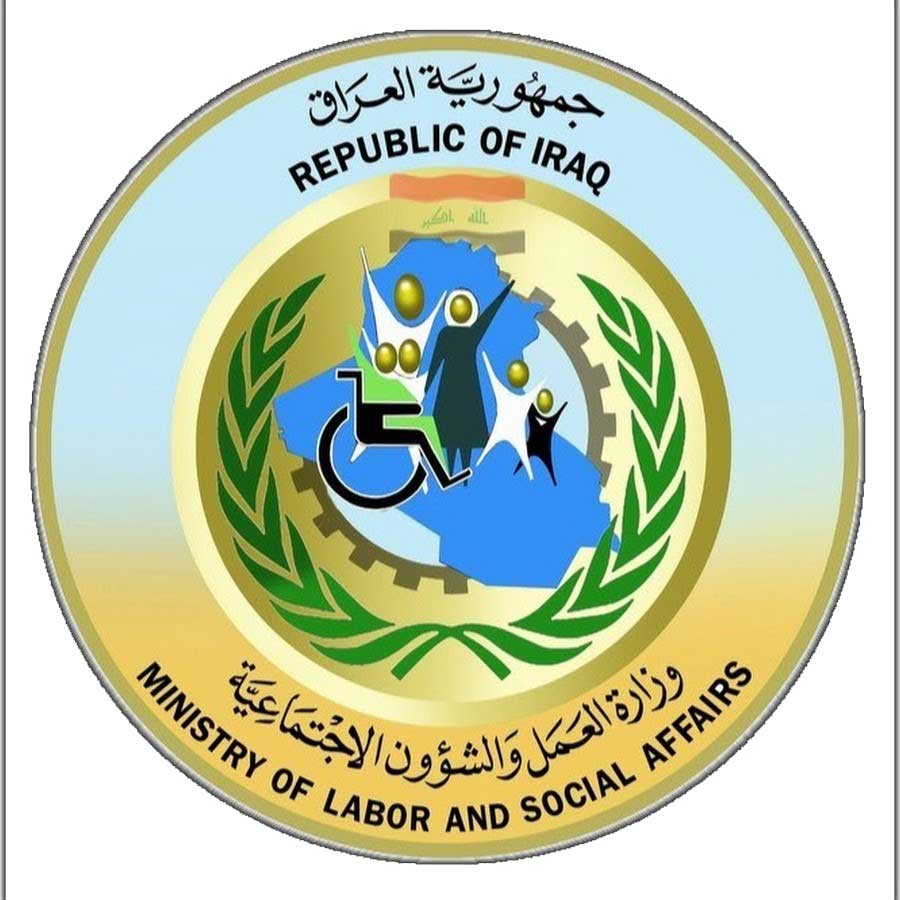 Baghdad – Mawazine News,
The Ministry of Labor and Social Affairs announced today, Wednesday, that it has started creating modern kiosks to employ 150,000 unemployed people registered with it.
“The ministry will work to rehabilitate 150,000 unemployed people registered with it through training courses appropriate to the labor market, in order to give them modern kiosks distributed between important economic places in the capital and the rest of the provinces,” said the director of the media center of the Ministry, Najem Al-Aqabi, in a statement received by Mawazine News.
He added that “the qualifying courses for the unemployed will start after the completion of the distribution of the emergency grant,” noting that “the ministry has started establishing modern kiosks that will be distributed among important economic markets, in coordination with the Baghdad Municipality, which will assume the task of distribution in 3 economic places on both sides of Karkh and Rusafa.”
Al-Aqabi indicated that “the kiosk will employ 3 people, so this project will contribute to employing 450,000 unemployed people.” Pope Francis held prayers in the Vatican today, Wednesday, on the occasion of Christmas, on the intention of peace in Syria and Iraq, and the salvation of Middle Eastern children and refugees.

After the prayer, the Pope called for “Christ to become the light of children who suffer from conflicts in the Middle East and in other countries of the world.”

He continued: “May the prayer also be a sympathy for a country full of social tension, and Yemen, which is suffering from an acute humanitarian crisis,” praying to the Creator to provide the refugees with a safe life. 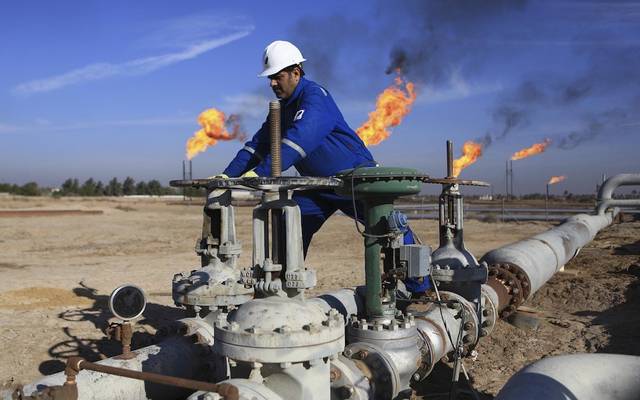 Direct: The Iraqi Ministry of Oil announced the achievement of revenues from oil exports during the month of November, amounting to 6.3 billion dollars.

A spokesman for the Ministry of Oil, Assem Jihad, said that the total quantities of crude oil exported for the month of November last from oil fields in central and southern Iraq exceeded 102 million barrels, with revenues amounting to 6.14 billion dollars.

Asim Jihad continued: “While the quantities exported from Kirkuk oil through the port of Ceyhan were 2 million and 381 thousand and 65 barrels, with revenues amounting to 140 million and 663 thousand and 780 dollars.”

Jihad explained that the average price per barrel amounted to 60,039 dollars, “noting that” the quantities exported were loaded by 35 international companies of various nationalities from the ports of Basra, Khor Al-Amaya and unilateral buoys on the Gulf and the Turkish port of Ceyhan. 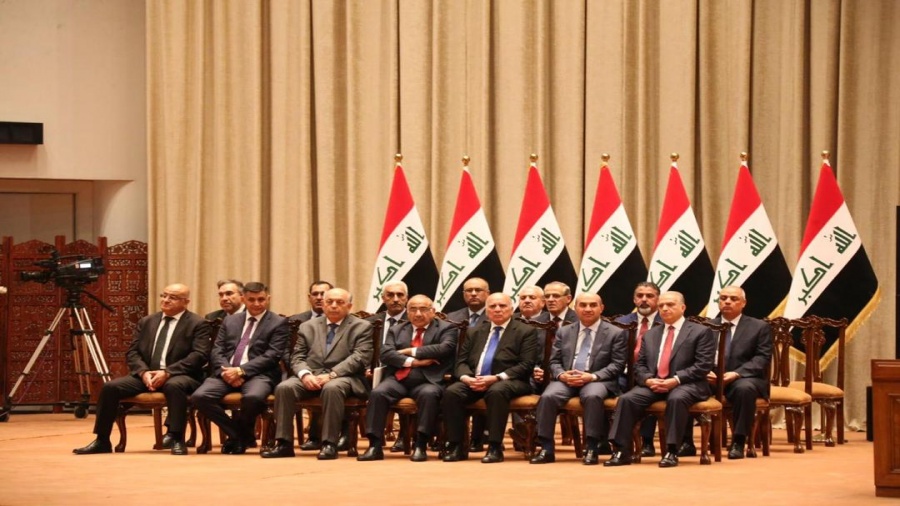 Baghdad – Mawazine News
, President of the victory coalition, Haider al-Abadi, confirmed on Wednesday that the Adel Abdul Mahdi government was formed on the basis of narrow partisan consensus.
Al-Abadi said, in a press interview, “The coalition of victory did not occur, did not sign, and did not participate in the government of Adel Abdul-Mahdi in 2018, as the choice was based on narrow partisan consensus.”
He added, “Its formation violated the constitution, as it did not emanate from the most numerous bloc, and its structure was quota-based, based on the mentality of partisan fiefdoms.
Al-Abadi continued: “And we said at the time, that the equation that produced the government is fragile and contradictory and cannot survive or manage the country efficiently, and today we are reaping what they sowed in 2018.” Ended 29 / A 43