Informed sources revealed, on Friday, that the President of the Republic, Barham Saleh, presented yesterday, an urgent request to the Federal Court, including the definition of the largest bloc after the government’s resignation, and the submission of more than one political party to candidates for the post of Prime Minister, and the powers of the President of the Republic to reject or accept the candidates of the blocs at this stage.

The sources said in an interview with (Baghdad Today), that “a delegation from the parties of the building bloc met Saleh yesterday to prevent him from submitting the constitutional inquiry, and led him to recognize two candidates for the construction, Qusay al-Suhail or Abd al-Hussein Abtan, to the position of Prime Minister, succeeding the outgoing Prime Minister Adel Abdul-Mahdi “.

According to the sources, Saleh assured the building block delegation that “he met representatives of the demonstrations and social activities, and that the candidates do not meet the conditions set for them to ensure social peace.”

This comes amid continuing pressure to impose Minister of Higher Education Qusai al-Suhail or Abdul Hussein Abtan, as prime minister.

The MP revealed a coalition of state law, Ali Al-Ghanmi, on Thursday, December 19, 2019, the existence of a real warning among the political blocs and parties to put the names of their candidates for the post of prime minister in the media for fear of being shot down by the protesting masses.

Al-Ghanimi said in a press statement, “The blocks of the building alliance in which the State of Law coalition is involved have not decided the name of its candidate for prime minister definitively and definitively, and the competition still exists between Qusay Al-Suhail and Mohammed Shiaa Al-Sudani, who has stronger fortunes.”

He added, “The options and agreement on a specific name depend on the opinion of the uprising street,” stressing that “the political blocs and parties have become wary of putting forward the names of their candidates for good, for fear of being dropped by the protesting masses.”

Al-Ghanimi added, “All the names presented earlier received government positions, and therefore the concerns of these forces come upon their candidates from this standpoint,” noting that “the meetings also focused on restoring the construction alliance to ensure the implementation of the largest parliamentary bloc.”

The leader of the State of Law coalition, Jassem Al Bayati, revealed on Wednesday 18-12-2019 what he said were the names of personalities nominated by a coalition of other leaders backed by the leader of the Sadrist movement, Muqtada al-Sadr, to take over as the next prime minister.

Al-Bayati said, in an interview with (Baghdad Today), that “the building alliance has 170 votes within the parliament with Sunni Arabs and Kurds, and it can pass its candidate freely.”

Al-Bayati added, “The problem is not the ability to build the candidate’s passage, but rather the problem lies in agreeing on the nominated personality, given that the wisdom stream and the victory coalition are demanding specifications that differ from construction, while others have presented conditions and specifications that differ from others.”

He pointed out that “in the event that the candidate proposed within the Shiite house is not agreed upon and passed according to the principle of (breaking the bone), the next government will not differ from the government of the resigned prime minister, Adel Abdul-Mahdi, but will be the worst.”

The leader of al-Maliki’s coalition emphasized that “the Alliance of Saireon presented several personalities to assume the position, including Judge Rahim al-Aqili, Abdul-Ghani al-Asadi, and Abdul-Wahab al-Saadi, but these names are difficult to reach consensus on, especially with the Kurds and Sunnis.”

The deputy of the Saeron Alliance, Salam Al-Shammari, had called on the President of the Republic, Barham Salih, last Wednesday, not to respond to the “pressures” regarding the replacement of the resigned Prime Minister, Adel Abdul-Mahdi.

Al-Shammari said, in a statement, “The choice of a popular and acceptable future personality not affiliated with a party or political forces is a real victory for the people and its peaceful demonstrators.”

He added, “The President of the Republic should not respond to political pressures and listen to the voice of the people demanding their legitimate rights,” noting that “choosing an independent professional figure for the post of prime minister is a sure guarantee for the stability of the situation in general.”

Last Tuesday evening, with the constitutional deadline for choosing an alternative to the resigned prime minister approaching, local media outlets and media outlets circulated news about the construction coalition’s intention to present Minister of Higher Education and Scientific Research Qusay al-Suhail to the premiership.

A statement issued by his office, received by Al Furat News Agency, said, “The meeting discussed the development of the political situation in the country, and the necessity of choosing a government booth within the constitutional times that meet the demands of the Iraqi people.”

The two sides also discussed “the efforts of the House of Representatives to push forward the legislation of the new election law, and implement it in a manner that enables Iraqis to vote in a transparent and more acceptable manner, and allows all people to access the House of Representatives according to the highest system of votes, and emphasize the importance of restoring confidence in the electoral and political process.”

For her part, Blashardt assured of supporting the efforts of the parliament in this area, and the willingness of the United Nations to provide assistance in order to achieve international standards in the election mechanisms according to the new law.

“The President of the Republic has three powers to nominate a new prime minister, the first of which is the largest number of parliamentary bloc candidates,” Firas Khazali said.

He added, “When the candidate of the most numerous bloc fails, the President of the Republic has the right to nominate any person without being bound by the bloc.”

Khazali pointed out that “the third authority is that in the event that confidence is not granted to the cabinet of the candidate of the largest number of parliamentary blocs, the President of the Republic will have the right to nominate whomever he will.”

Hill stressed, according to the statement of the Presidency of the Republic, “his country’s support for the stability and security of Iraq and the fulfillment of the aspirations of Iraqis to live in peace, freedom and respect for Iraqi sovereignty.”

The President of the Republic pointed out “the importance of international support to Iraq and the completion of the victory against terrorism, stressing that solutions to the current conditions should be in response to the Iraqi national decision away from external interference.”

During the meeting, which was attended by the American Ambassador to Iraq, Matthew Toller, they discussed “strengthening relations between the two countries and developing prospects for cooperation and joint coordination to serve mutual interests, in addition to reviewing the latest developments on the regional and international arenas.” is over 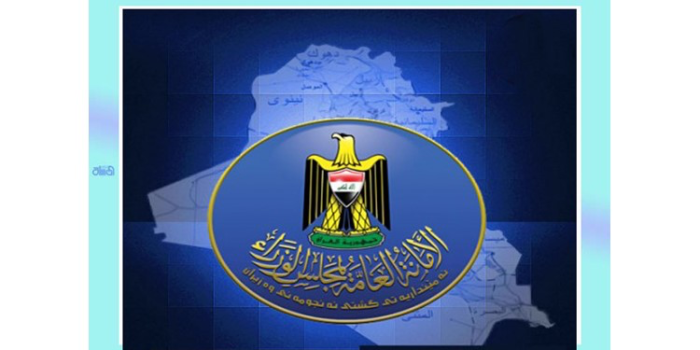 Baghdad / Obelisk: Legal expert Tariq Harb confirmed, today, Thursday, that there is no constitutional or governmental void with the end of the 15-day period, indicating that the caretaker government continues its work until the vote on the new government booth, recalling the experience of the government of former Prime Minister Nuri al-Maliki, which continued seven months.

Harb said in an interview with Al-Masala, that there is no constitutional vacuum or a governmental vacuum with the expiry of the 15-day period, indicating that the caretaker government continues to operate until the vote on the new government booth.

Harb added, that the largest bloc can present its candidate at any time and be assigned and may be rejected by Parliament after the commissioning and nominate others, explaining we have the experience of Nuri al-Maliki’s government, which remained for the caretaker business for seven months until a vote on the new government.

He continued, saying, “Whoever talks otherwise does not mistake himself, and it is just attempts to confuse the situation, stressing that it is possible to assign the candidate of the largest bloc today, or after a week or a month.”

On Monday (December 19, 2019), the deputy of the “Sadqoun” parliamentary bloc, Parliamentary Alliance, confirmed that the President of the Republic, Barham Salih, had extended the deadline for choosing an alternative to the resigned Prime Minister, Adel Abdul Mahdi, until next Sunday.

Al-Kanani said in an interview with (Baghdad Today), that “according to a previous decision of the Federal Court, which is not to count official holidays within the constitutional terms, the deadline for choosing an alternative for the resigned prime minister has been extended so that the holidays will be taken out.”

He explained, “The extension comes in order to reach an agreement, regarding the person who meets the required conditions, for whoever is assigned to form the next government.”

He pointed out that “the subject of the assignment will be decided on Sunday completely.”

Earlier today, Thursday, the Saaron Alliance deputy, Raad Al-Maksousi, said that the President of the Republic, Barham Salih, would not name the person in charge of forming the next government, which is the last day for the end of the constitutional deadline.

Al-Maksoosi said in an interview with (Baghdad Today): “We expect that the President of the Republic, Barham Salih, will not name the person in charge of forming the next government, today, and it is possible that he may assign another person in the coming days, after dialogues and discussions between political forces.”

And between, “The reason for not nominating the person in charge of forming the next government, by Saleh, is the presence of obstructions,” stressing that “a coalition of others is adopting everything that comes out of the protest arenas, and for this it supports the specifications that the protest arenas emphasized, to choose an independent personality, not received Any executive or legislative position during the previous period. ”

He concluded by saying, “Any candidate raised by the protest squares will be adopted by the Alliance of Saaron.”

Shafaq News / The Kurdistan Regional Government assured on Thursday that employees will pay three salaries they did not receive this year, calling at the same time the next Prime Minister of Iraq to observe the constitutional rights of the region.

Government spokesman Gutiar Adel said in a statement carried by the “Kurdistan 24” station that since the start of the protests in Iraq, the provincial government announced its support for the demands of the demonstrators within the framework of the constitution, noting that any prime minister who is assigned should take into account the constitutional rights of the Kurdistan Region.

And about the salaries that were not paid to employees in the region during the current year, the spokesman said

The Kurdistan Regional Government is determined to pay these salaries