“Iran’s attempts to suppress the legitimate demands of the Iraqi people for reform of their government through the slaughter of peaceful demonstrators is appalling,” said Secretary Steven T. Mnuchin.  “Peaceful public dissent and protest are fundamental elements of all democracies.  The United States stands with the Iraqi people in their efforts to root out corruption.  We will hold accountable the perpetrators of human rights abuse and corruption in Iraq.”

As a result of today’s action, all property and interests in property of the individuals named below, and of any entities that are owned, directly or indirectly, 50 percent or more by them, individually or with other designated persons, that are in the United States or in the possession or control of U.S. persons, are blocked and must be reported to OFAC.

Unless authorized by a general or specific license issued by OFAC or otherwise exempt, OFAC’s regulations generally prohibit all transactions by U.S. persons or within (or transiting) the United States that involve any property or interests in property of designated or otherwise blocked persons.  In addition, any approval, financing, facilitation, or guarantee by a U.S. person, wherever located, of a transaction by a foreign person where the transaction by that foreign person would be prohibited by E.O. 13818 if performed by a U.S. person or within the United States would be prohibited.

Qais al-Khazali is Secretary General of the Iran-backed Asa’ib Ahl al-Haq (AAH) militia in Iraq.  During the late 2019 protests in many cities in Iraq, AAH has opened fire on and killed protesters.  Laith al-Khazali, Qais al-Khazali’s brother, is also a leader of AAH.  Qais al-Khazali was part of a committee of Islamic Revolutionary Guard Corps-Qods Force (IRGC-QF) proxies that approved the use of lethal violence against protesters for the purpose of public intimidation.

Additionally, Qais and Laith al-Khazali had leading roles in a January 2007 attack on an Iraqi government compound in Karbala.  The attack killed five U.S. soldiers and wounded three.

Qais al-Khazali is designated for being a foreign person who is a leader or official of an entity, including any government entity, that has engaged in, or whose members have engaged in, serious human rights abuse relating to his tenure.

Laith al-Khazali is designated for being a foreign person who is responsible for, is complicit in, or has directly or indirectly engaged in serious human rights abuse.

The IRGC-QF, designated pursuant to E.O. 13224 on October 25, 2007, is a branch of the IRGC responsible for external operations and has provided material support to numerous terrorist groups, making it a key component of Iran’s destabilizing regional activities.  The IRGC-QF’s parent organization, the IRGC, was designated pursuant to E.O. 13224 on October 13, 2017, and on April 15, 2019 was designated as a Foreign Terrorist Organization by the Secretary of State.

Husayn Falih ‘Aziz al-Lami (al-Lami) is an Iran-backed militia leader, tasked by other senior militia commanders with suppressing the late 2019 protests in Iraq.  Al-Lami was part of a committee of IRGC-QF proxies that approved the use of lethal violence against protesters for the purpose of public intimidation.  In late 2019, al-Lami was responsible for ordering the assassinations and suppression of protesters in Baghdad.  Al-Lami directed militia fighters who shot protesters in early October 2019, a time when dozens of protesters were killed.

Al-Lami is designated for being a foreign person who is responsible for, is complicit in, or has directly or indirectly engaged in serious human rights abuse.

Khamis Farhan al-Khanjar al-Issawi (al-Khanjar) is an Iraqi businessman and millionaire who enjoys significant power on a regional and international level.  According to a former senior Iraqi government official, al-Khanjar’s influence has been mostly due to his willingness and ability to use his wealth to bribe others.  Al-Khanjar has reportedly planned to spend millions of dollars in payments to Iraqi political figures in order to secure their support.

Al-Khanjar is designated for having materially assisted, sponsored, or provided financial, material, or technological support for, or goods or services to or in support of, corruption, including the misappropriation of state assets, the expropriation of private assets for personal gain, corruption related to government contracts or the extraction of natural resources, or bribery.

Building upon the Global Magnitsky Human Rights Accountability Act, on December 20, 2017, the President signed E.O. 13818, “Blocking the Property of Persons Involved in Serious Human Rights Abuse or Corruption,” in which the President found that the prevalence and severity of human rights abuse and corruption that have their source, in whole or in substantial part, outside the United States, has reached such scope and gravity that they threaten the stability of international political and economic systems.

Human rights abuse and corruption undermine the values that form an essential foundation of stable, secure, and functioning societies; have devastating impacts on individuals; weaken democratic institutions; degrade the rule of law; perpetuate violent conflicts; facilitate the activities of dangerous persons; and undermine economic markets.  The United States seeks to impose tangible and significant consequences on those who commit serious human rights abuse or engage in corruption, as well as to protect the financial system of the United States from abuse by these same persons

Information on the individuals designated today.

US Sanctions Militia Leaders in Iraq 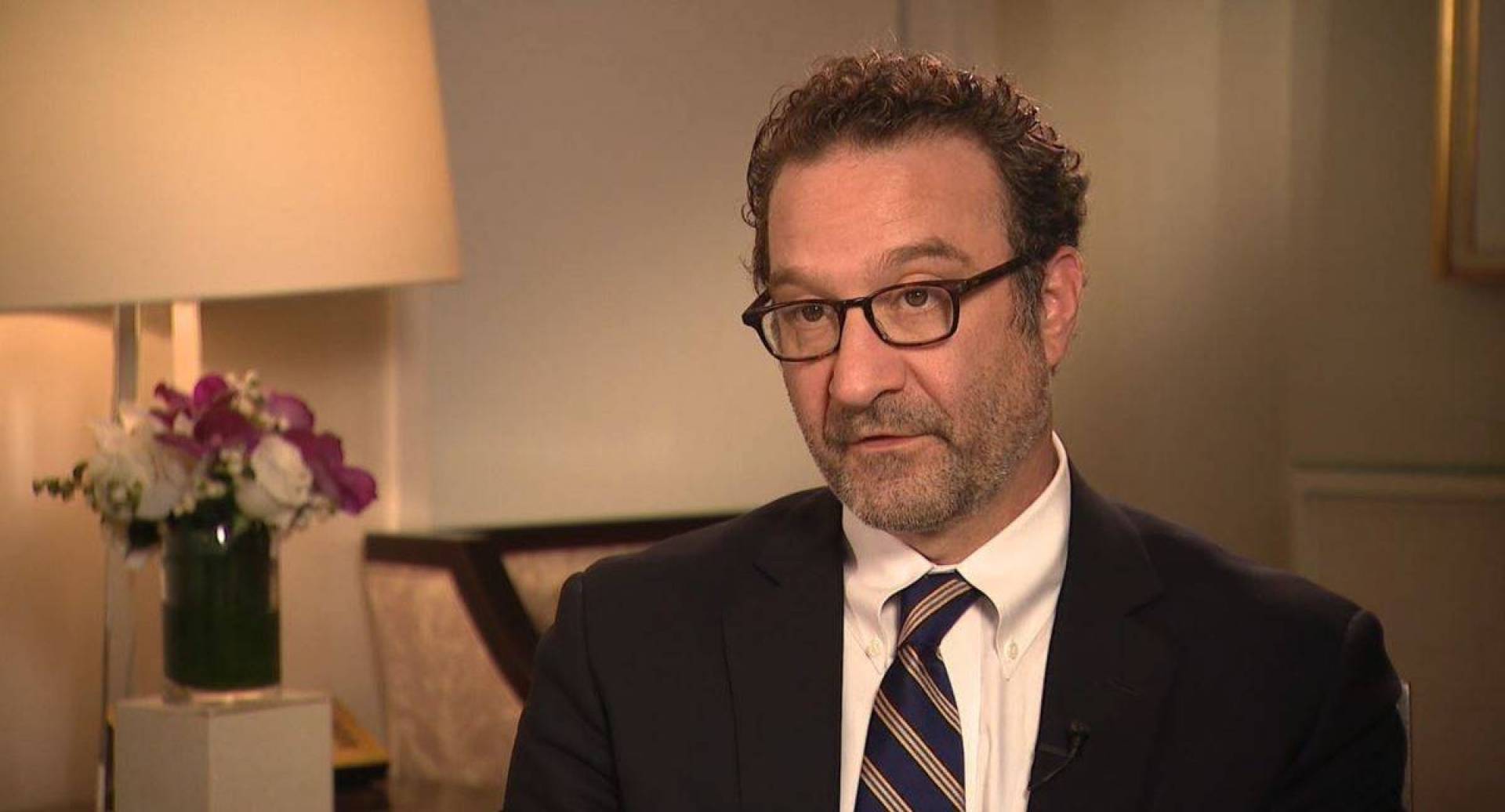 Shafaq News / The US Treasury Department announced on Friday the imposition of sanctions on 4 Iraqi officials for human rights violations and corruption.

The US sanctions included the leader of the Asaib Ahl al-Haq group, Qais Khazali, and his brother Laith.

Rafidain Bank announced on Friday that it has received several government departments wishing to settle the salaries of their employees and give them a MasterCard International Card.
The bank said in a statement, “Economy News” received a copy of it, that “the salaries of a number of employees of state ministries and institutions have been localized and given them the electronic card and receiving their monthly salaries through it.”
He pointed out that “MasterCard holders can take advantage of the financial features and services recently launched by the bank from advances and loans and the presentation of those advances by the bank’s branches located in Baghdad and the provinces

As violence against protesters rises in Iraq, especially in the southern provinces where dozens have fallen in a single day, US sources have indicated that Washington intends to impose sanctions on Iraqi officials. According to Al Arabiya TV.

US Secretary of State Mike Pompeo said his country would use its legitimate authority to impose “sanctions on corrupt figures who steal the wealth of Iraqis and those who kill and injure civilian protesters.”

US Assistant Secretary of State for Near Eastern Affairs David Schenker has brandished sanctions Washington may soon impose on those responsible for what he called “atrocities in Iraq,” denouncing the horrific use of force against demonstrators.

(Baghdad: Al Furat News) Peaceful demonstrations were launched in Tahrir Square, in the center of the capital, Baghdad.

The demonstrators raised the Iraqi flags, slogans and banners that confirm the peacefulness of the demonstrations and stand against saboteurs and intruders.

“It is also the responsibility of the protesters themselves not to allow the saboteurs to take this title and get into their ranks, attack the security forces or public or private property and cause harm to the interests of citizens,” she said in Friday sermons.

BAGHDAD (Al-Furat News) – The supreme religious authority stressed today the choice of the new prime minister and its members within the constitutional period away from any external interference.

The representative of the supreme religious authority in Karbala, Sheikh Abd al-Mahdi al-Karbalai, read during the Friday sermon today the text of the statement of the office of the supreme authority, Grand Ayatollah Imam al-Sayyid Ali al-Sistani: To pressure those who have the authority to make room for real reforms in the administration of the country, but the main condition for this is that it is not drawn into acts of violence, chaos, and sabotage, in addition to not justifying these actions legally and legally, it will have adverse repercussions on the reform movement and lead to the decline of Security with them little by little, in spite of all the precious blood that was shed in order to achieve their legitimate, we must pay attention to this and beware of granting an excuse for those who do not want reform to be achieved Amanawa from this side. ”

He added, “Maintaining the peaceful demonstrations and avoiding acts of violence and sabotage is extremely important, and it is a solidarity responsibility of all. It is also the responsibility of the security forces to protect peaceful demonstrators and allow them to express their demands freely, it also falls on the demonstrators themselves not to They allow saboteurs to seize this address, interfere with their ranks, and assault the security forces or on public or private property and cause harm to the interests of citizens. ”

“Supporting and respecting the security forces, enhancing their morale, and encouraging them to play their role in preserving security and stability in the required manner is everyone’s duty, because these people are indispensable in avoiding chaos and disturbing public order, and everyone has noticed what happened in some areas when the security forces could not do In what is expected of them in this regard, until the esteemed tribesmen endowed themselves, and they played a prominent role in protecting civil peace and preventing chaos and devastation, so they have all thanks and appreciation for that, but work should be done to return matters to their natural context in all regions from the official security forces taking responsibility Maintaining security and stability and protecting government installations and citizens’ property from attacks by saboteurs, while committing to act with full professionalism in dealing with all protest actions so as not to repeat the tragedies of the past weeks. ”

“We condemn once again all the shedding of innocent blood and damage to private property and public institutions during the previous days. We call on all those affected to take legal means to claim their rights, and call on the judicial authorities to hold accountable and punish anyone who committed a criminal act – from any party.” It was – as determined by law. ”

“We repeat here the warning from those who lie in wait for the country and seek to exploit the protests demanding reform to achieve certain goals that harm the higher interests of the Iraqi people and are not consistent with its inherent values.”

He added, “We also reiterate what has been stressed by the religious authority that it is for all Iraqis without any difference between their affiliations and orientations, and works to secure public interests as much as possible, and should not be used by any of the groups participating in demonstrations calling for reform so as not to be counted on Plural without plural. ”

He concluded the statement of the supreme authority by saying, “We hope that the head of the new government and its members will be chosen within the constitutional period and according to the aspirations of citizens away from any external interference, bearing in mind that the religious authority is not a party to any talk in this regard and has no role in it in any way.”