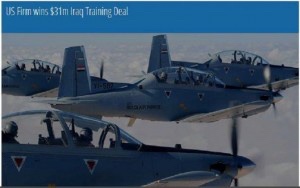 Spartan Air Academy, a Texas-based company, has acquired a training contract worth more than $ 31 million in Iraq.

“The contract will be implemented at Balad air base in northern Iraq and is expected to be completed by September 20, 2020,” he said.

The US-led International Coalition in Iraq has announced that it complies with the Iraqi government’s recent directives to ban any aircraft in the airspace of the country, except with the permission of the Prime Minister.
Prime Minister Adel Abdul Mahdi issued on Wednesday night, Thursday, a number of security decisions, including “canceling approvals for aviation in all Iraqi airspace from reconnaissance, armed reconnaissance, fighter aircraft, helicopters, and drones of all kinds to all Iraqi and non-Iraqi.”

Abdul-Mahdi’s decisions come shortly after an explosion at a weapons store belonging to Iraqi forces in southern Baghdad, followed by successive explosions due to the firing of shells, which resulted in the injury of 29 people lightly.

The cause of the explosion, which is still being investigated by the Iraqi authorities, is still unknown. Unconfirmed rumors have been circulated that it could be targeted by a drone, without official confirmation.

Abdul Mahdi said in his decision that the flight approvals are limited to “the commander-in-chief of the armed forces exclusively, or whoever is duly authorized by him … and all parties must abide strictly by this directive, and any other traffic is considered hostile.”

Similarly, the international coalition confirmed in a statement Friday that senior leaders of it met with officials from the Iraqi Ministry of Defense to discuss the guidance of Abdul-Mahdi.

“As a guest within Iraq’s sovereign borders, it complies with all laws and directives from the Government of Iraq, and will immediately comply with all directives from our Iraqi partners while they are implementing the Prime Minister’s order,” the coalition said.

The Iraqi government has repeatedly stressed that coalition aircraft are moving in Iraqi airspace with the permission of the government and in coordination with them and with the Joint Operations Command.

The international coalition has been instrumental in supporting Iraqi forces during their battles to expel ISIS from the country and declare victory at the end of 2017.

“The ruling issued by the Federal Supreme Court on the validity of Article (140) of the Constitution is true and binding on all authorities,” said Mohammed Sharif.

He pointed out that “a number of questions are being asked about the Federal Supreme Court’s ruling on this article and the first of the timing of the issuance of this ruling, and why the judicial decision coincided with the political movement between the federal government and the Kurdistan region.”

Al-Sharif said, “The court did not issue its verdict on its own, but this came upon an explanatory request received from the House of Representatives dated (15/7/2019), and therefore became necessary for the judiciary to decide.”

He continued, “The timing must be asked by the interpreter, although the right of access to justice is guaranteed to everyone in accordance with Article (19 / III) of the Constitution, and at any time.”

He added, “The court issued its interpretative judgment a few days after receiving the request after it completed its study of all formal and substantive aspects with a view to issuing the verdict in it, on (28/7/2019).”

He stressed that “when the court issued the verdict was in accordance with Article (92 / second) of the Constitution, in accordance with its interpretative jurisdiction, which ruled in many judgments, including on (the age of the electoral cycle and the largest parliamentary bloc and the opposition bloc and the unity of Iraq and territorial integrity).” .

Al-Sharif stated that “ the explanatory request contained a clear inquiry which can be found in the form of provision No. (71 / Federal / 2019), which is ((kindly interpret the text of Article (140) of the Constitution as to whether or not it applies ..)).

Al-Sharif stressed that “the explanatory applicant, the House of Representatives, limited his request to know whether this article is still valid or not?”, And the court according to legal contexts is obliged to answer that question whenever the correct formal and objective conditions for the request for interpretation and otherwise will put itself before Responsibility to “(refrain from realizing the right))”.

Al-Sharif stated that “the pretext mentioned by the objectors in criticizing the ruling of the Federal Supreme Court is the existence of a time limit in Article (140) of the Constitution, is (31/12/2007) a maximum to implement them.”

He added that “resolving the issue requires a return to the philosophy of the existence of time limits in the constitutional articles, is that exceeding them is the birthplace of those articles.”

Sharif pointed out that “the examination of article (140) of the Constitution, paragraphs (first and second) shows that it begins with the words ((the executive authority takes steps)) … and ends with ((not later than the thirty-first of December in the year two thousand and seven) ). ”

He pointed out that “the constitutional legislator, if he wanted to exclude article (140) of the Constitution from the rules of amendment of the Constitution stipulated in its articles, to mention it explicitly, as his intention was clear that that period was designed to oblige the executive authority to a certain task, and that skipping it will make it vulnerable For accounting. ”

Al-Sharif stated, “The position of the Federal Supreme Court on this matter is not the first of its kind, but it went in the same position in the interpretation of Article (142) of the Constitution by virtue of the number (54 / Federal / 2017) issued on 21/5/2017 on the mechanisms of amendment the Constitution”.

He continued, “Article 142, which is also included in the transitional provisions and provides for time limits for amendments, but the court said in its interpretative ruling that that article also remains in force.”

He added, “The same position with respect to Article (137) of the Constitution, which talked about the formation of the Council of the Union (the second wing of the legislative authority), after the end of the first electoral cycle for the years (2006-2010), but the Federal Supreme Court ruled in many of its judgments This council, even though we are in the fourth electoral cycle now. ”

“The summary of the above shows us that exceeding the constitutional deadlines is not intended to drop its articles because this requires an amendment in accordance with the mechanisms set forth in the Constitution itself, but to determine the responsibility of the body that is responsible for implementing them and if they exceed them are held accountable in accordance with the constitutional contexts of the concerned authorities 29 / p 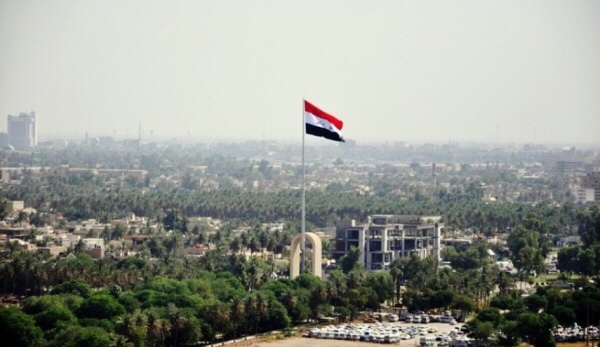 The United States retained its position as the most powerful country in the world in 2019, according to an annual ranking, while Iraq ranked 19th.

The report included a survey of more than 20,000 people from 80 countries around the world and was prepared in collaboration with the University of Pennsylvania.

The report assessed the strength of countries based on the size of their economy, their political impact at the global level, as well as their military capacity, which depends on the size of each country’s defense budget.

The magazine says the rating also includes the level of world confidence in each country, which is reflected in its credibility in meeting its international obligations.

was not ranked in the list of the 80 most powerful countries in the world in 2018, but it was ranked 19th in 2019, and Iraq is a member of international and regional organizations such as the International Monetary Fund, the Arab League and the Organization of Islamic Cooperation.

The World Bank notes that Baghdad’s economy is unstable, even if it has one of the largest crude oil reserves in the world.

1. The United States is ” the most dominant

and described the magazine of the United States as” the most economic and military power dominance in the world “, and also has a cultural impact significant on the world because of how the expression of popular culture in books, movies, music and television programs.

She said that the political decisions taken by President Donald that Trump raised questions about the world, even from Washington ‘s closest allies on the path of the United States of the future on the world stage.

Russia is the largest country in the world in terms of area, and shares borders with more than 12 countries, and its strength comes from the influence For a permanent Soviet Union and the economic batch that comes from oil and coal reserves owned.

China has the second largest economy