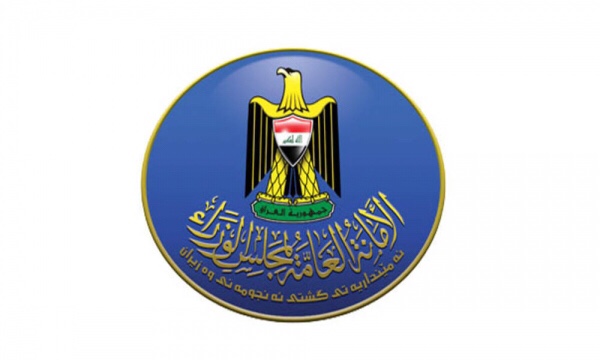 BAGHDAD: The General Secretariat of the Council of Ministers, on Tuesday, the suspension of official working five days on the occasion of Eid al-Adha.

The Secretariat said in a statement received (Euphrates News) a copy, that “the Secretariat decided to disable official working hours, on the occasion of Eid al-Adha, starting from next Sunday, corresponding to 8/11/2019 for five days.” is over

(Baghdad: Euphrates News) A deputy from the Patriotic Union of Kurdistan, the need for the Kurdistan Regional Government to agree with the federal government to address outstanding problems.

MP Shirwan Mirza, a member of the Finance Committee in a press statement that “some political parties and began to exploit the file of the oil dispute between the Kurdistan region and the federal government against Prime Minister Adel Abdul Mahdi.”

He added, “Since the Kurds need to Reyes ministers Adel Abdul Mahdi, who also needs the support of the Kurds, the Kurdistan Regional Government to start a comprehensive dialogue with the federal government and if possible to reach an appropriate agreement in the interest of all parties.”

The representative of the World Bank, legal expert Gram al-Qastalani, who is responsible for the economic empowerment program for women in Iraq, visited the headquarters of the Association of Iraqi Private Banks in Erbil.

She also attended from the Supreme Council for Women’s Affairs in the Kurdistan Region and Omar Wadih, a member of the board of directors of the station for entrepreneurship.

It was discussed ways of joint cooperation between the World Bank and the Association of Iraqi Private Banks to achieve the objectives of this program, which is to increase the percentage of the workforce for women by five percentage points by 2024.

The Association will cooperate with the territorial Government and the World Bank in the implementation of some activities related to women’s economic empowerment.

Prof. Wadih al-Handal confirmed that one of the priorities of the Association’s work with the strategic partner of the Central Bank of Iraq is the empowerment of women through the Community Initiatives Fund “Tamkeen” financed by private banks and exchange companies.

Handal stressed the need for coordination between the Association and the World Bank to conduct workshops, seminars and training courses aimed at creating job opportunities and raising awareness for the public and private sectors.

Ms. Gram praised the role of the Association and the main sponsor of the Central Bank of Iraq through initiatives and programs to serve the banking sector and the possibility of launching a lending initiative aimed at women and work on a joint partnership between the World Bank and the Association of Banks for future work.

The United States has decided to cancel visa-free access for those who traveled or were in eight countries after March 1, 2011.

(Baghdad: Al-Furat News) The Council of Ministers, in its regular session on Tuesday, the granting of a gift of 100,000 dinars for beneficiaries of the social protection benefit on the occasion of Eid al-Adha.

The Association of Iraqi Private Banks, in cooperation with Al-Dar International Company for Governance Consulting, on Tuesday, organized a workshop on “monitoring the risk indicators”, at its headquarters in Baghdad.

The workshop was attended by 80 employees of private and governmental banks. It targets risk management staff and compliance control staff.

The workshop dealt with a number of themes, including how to identify and assess risks as well as the methodology of risk-based internal audit.

US Treasury Secretary Stephen Mnuchin said in a statement that the US government has decided to consider China as a currency manipulator and will engage with the International Monetary Fund to eliminate unfair competition from Beijing.

The move exacerbates already tense relations between the two countries and is an implementation of US President Donald Trump’s pledge to classify China as a currency manipulator for the first time since 1994.

The US move comes after China allowed its yuan currency to fall below seven against the dollar on Monday for the first time in more than a decade. Beijing later said it would stop buying US farm produce, a major escalation in a nearly year-old trade war with the United States.

The sharp 1.4 percent fall of the yuan came days after Trump’s surprise decision on Thursday to impose 10 percent tariffs on $ 300 billion in imports from China, shocking financial markets after a brief truce in their trade war.

The news pushed the dollar sharply lower while supporting gold.

The US Treasury said a statement by the People’s Bank of China on Monday made it clear that Chinese authorities exercised extensive control over the yuan’s exchange rate.

The People’s Bank of China said it would “continue to take necessary and targeted measures against (herd behavior) that may occur in the foreign exchange market.”

“This is an explicit acknowledgment by the People’s Bank of China that he has extensive experience in currency manipulation and that he is still prepared to do so continuously,” the US Treasury said.

China had violated an obligation to refrain from devaluing for the purpose of influencing competition within the G20.

Once a country has been classified as a currency manipulator, the Treasury is obliged to call for private talks to correct undervalued currency, including sanctions.

The department classified Taiwan and South Korea as currency manipulators in 1988, the year Congress passed the Currency Review Act. China was the last country to be further classified in 1994.

A statement from the Ministry of Defense’s Intelligence Directorate said, “ With a pre-emptive qualitative operation carried out according to accurate intelligence, the detachments of the Military Intelligence Division of the 10th Division, in cooperation with the 39th Infantry Brigade Intelligence, penetrated and dismantled a terrorist cell and arrested the five masterminds in the area of Ramadi Island in Anbar. ”

“Where they were planning to carry out terrorist operations in the province on the occasion of Eid al-Adha.”

He indicated that all members of the cell were wanted by judicial warrants in accordance with the provisions of article 4.1 of terrorism.