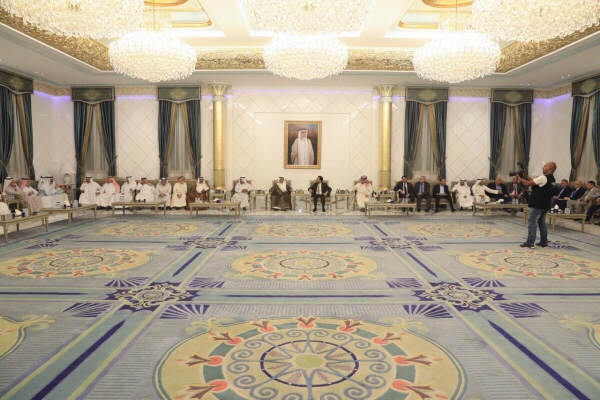 (Baghdad: Al-Furat News) Speaker of the House of Representatives Mohamed Halbusi, announced urgent procedures for the granting of visas between Iraq and Kuwait.

This came during a meeting with the accompanying delegation on Monday, Governor of Al-Jahraa Nasser Al-Hajaraf and a number of dignitaries and dignitaries of the province.

A statement issued by his office said that “at the outset of the meeting, he offered a greeting and peace on behalf of the Iraqi people, pointing to the depth of the participants between the two neighboring peoples, stressing the importance of strengthening relations between the two countries, Today in Jahra is to consolidate and strengthen these relations. ”

He added that “the dignitaries of Jahra province and its dignitaries expressed their great gratitude for this visit, expressing their desire to restore relations to the former and facilitate their visit to Iraq.”

Al-Halbusi said during the meeting that “the security situation in the past period imposed on the security authorities in Iraq to protect the brothers and friends from terrorist threats, noting that Iraq now recovered after the victory, and will take the officials of the two countries urgent measures; to facilitate visits and visas.”