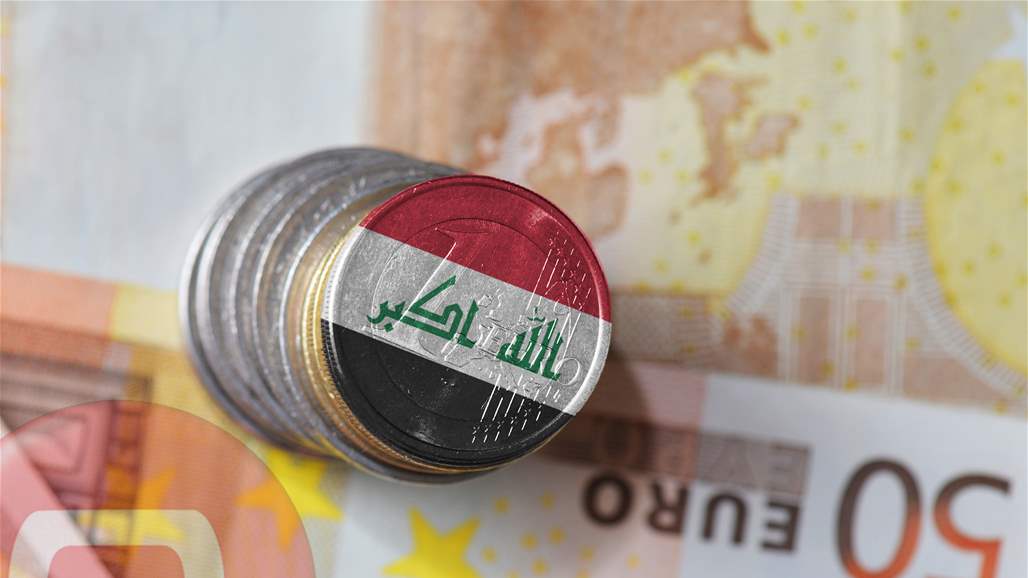 The Central Bank of Iraq on the criteria that are relied on in the rejection of banknotes of the dollar and euro in the process of counting and sorting.

The bank pointed out that the most important criteria are: –

1 – if it was cut in one corner or was oppressed or lost any part of the paper area.

2 – If it has been torn and repaired with a transparent adhesive tape from any side.

3 – If it contains a seal of large size or several small seals to affect their features.

4- If the effects of trading and use appear to be “smug” in order to affect their form or features.

5- If strange substances have been caught and have affected their features such as inks, dyes, glues, crushed, cooked, processed, fat or oils.

6 – if stored in the conditions of storage is incorrect, which leads to break or smell of mold.

The Central Bank of Iraq was established as an independent bank under its law of March 6, 2004 as an independent body responsible for maintaining price stability and implementing monetary policy. It supervises 10 commercial banks, 26 private banks and 16 Islamic banks, as well as 19 foreign banks. 6 financial institutions and 31 financial transfer companies

(Reuters) – Dana Gas has authorized the investment bank Theodore Pickering Holt & Co. to advise it to sell its assets in Egypt worth more than $ 500 million, while the company is shifting to focus on its activities in the Kurdistan region of Iraq. According to Reuters.

One of the exporters said that the energy company listed in Abu Dhabi, and its main assets in Egypt and the Kurdistan Region of Iraq, is considering an alternative listing in London and focuses on one geographical area that may be attractive to investors in the company in the future.

The two sources requested anonymity because of this information.

A spokesman for Dana Gas declined to comment, but Theodore Pickering Holt & Co did not respond to the comment request sent in non-working hours.

Dana Gas’s exploration and production assets in Egypt are land assets in the Nile Delta region with the exception of Sector VI in the Eastern Mediterranean.

In May, the company began drilling at the Mirak-1 berth in Sector VI, saying it could contain up to four trillion cubic feet of gas.

Dana said on Sunday in a notice to the bourse that the drilling did not result in the discovery of gas in commercial quantities and therefore the well was closed and left, but added that its operations in Egypt continue production normally.

The first source pointed out that the gas producer started marketing its assets in Egypt in the past few weeks, and that it has received interest from the market but there are no buyers yet, adding that the value of the assets “more than 500 million dollars.”

The source said that the decision to sell assets in Egypt is “strategic”, as Dana wants to focus its resources on investments in the Kurdistan Region of Iraq, where it has large capital spending requirements and sees potential for growth.

In a second notice to the stock exchange on Sunday, Dana said an independent report showed that the fields in which Dana owns stakes in the Kurdistan Region include “the largest gas reserves in Iraq.”

The plan, The expansion, which costs about $ 700 million, adds two new production lines as well as drilling of new wells to raise current production rates of 400 million cubic feet per day, Dana Gas and Crescent Petroleum reported in March when they announced a gas sale agreement with the Kurdistan Regional Government 20 years.

In May, Dana’s chief executive said Pearl Petroleum would raise funds for Kurdistan’s investments through more than one type of financing.

Dana, with a cash balance of $ 442 million at the end of the first quarter, triggered a shake-up in the Islamic finance industry in 2017 when it stopped paying $ 700 million worth of sukuk, calling it illegal in the United Arab Emirates.

After a long and complex legal dispute, the company reached a restructuring agreement with its creditors in May last year.

Oil Minister Thamir Abbas al-Ghadhban announced on Sunday that the Iraqi Oil Marketing Company (SOMO) will achieve about 70 million dollars in additional revenues for the state treasury. He said marketing all the quantities available for export would contribute to increasing Iraq’s share in world markets.

“Sumo was able to generate additional revenue for the state treasury of 69,942,056,90 US dollars, through the sale and marketing of instant shipments of quantities during the period from June 2017 to the first week of July 2019,” ministry spokesman Assem Jihad said in a statement received by Kalamgames Press. “He said.

He added that “the company was able to sell shipments of 3 million barrels of heavy Basra crude in July, as well as the sale and marketing of three other shipments of 1.8 million and eight hundred thousand barrels of Kirkuk crude oil by announcing them as immediate shipments according to the basis of marketing-based study And the assessment of global markets. “

“The total additional revenue expected from this activity for July 2019 will be approximately 3,070,000 three million seventy thousand dollars.”

He pointed out that “the marketing of all the quantities available for export in addition to the immediate sale of shipments will enhance the position and position of Iraq and increase its share in the global markets,” explaining that “the success of Somo comes within the efforts and the efforts of the Ministry of Oil to develop the methods of selling approved, including the sale of instant shipments at prices of price The official sale, in addition to the resumption of marketing Kirkuk crude oil to the global market through the re-pumping quantities across the system of pipelines in the Kurdistan region. “

(KUNA) – Kuwait’s ruler Sabah al-Ahmad al-Jaber al-Sabah on Sunday hastened the opening of a consulate in the province of Najaf, while the governors announced that Kuwait will build cities and build medical compounds in Iraq.
Najaf Governor Louay al-Yasiri said in a statement received by Al-Ahmad Al-Ahmadi that during his meeting with Al-Ahmad, the Iraqi delegation headed by Speaker of the House of Representatives Mohammad Al-Halbusi had informed Al-Ahmad about Kuwait’s intention to build specialized health centers to serve visitors. During the religious visits, on the road, “Ya Hussein,” the link between the provinces of Najaf and Karbala ”
He said,” He held several meetings with other senior officials of Kuwait, to discuss the province of Najaf, and what can be provided. ”
For his part, Ammar Jaber, the approval of the Emir of Kuwait on the construction of several residential cities in the province.
According to a statement issued by the yolk Rude, that ” the Emir of Kuwait ordered the construction of a residential city of Baiji , in the district of their homes destroyed by the war on request Daesh, as well as other cities, namely Yathrib and Aziz country.”
He added that “the Kuwaiti Prime Minister agreed to form a joint committee to undertake the implementation of the grants approved by the Kuwait Conference for the reconstruction of Iraq, in February 2018, during a meeting with the President of the Iraqi parliament to accelerate the reconstruction of liberated areas and the return of displaced people.”
http://alforatnews.com/modules/news/article.php?storyid=205125

Kuwait (IraqiNews.com) – Speaker of the Iraqi parliament Mohammad al Halbousi arrived in Kuwait on Saturday starting a three-day official visit to the country.

The visit comes within the framework of mutual efforts to cement and expand economic and commercial relations, with plans to carve out a free trade zone and facilitate cross-border commodities’ transport and businesses.

Officials from the two countries, during a landmark visit by Kuwaiti Emir Sheikh Sabah Al-Ahmad AlSabah to Iraq on June 19, held consultations on best avenues for boosting the relations and cooperation in the economic and business sectors.

“The Amir of Kuwait ordered the implementation of the request by the governor of Salah al-Din Ammar al-Jabr, to build a residential city in the district of Baiji to destroy their homes, and there will be other cities in Aziz Balad and Sulayman Bey,” the Salahuddin Provincial Council said in a brief statement received by Baghdad today. and Yathrib. ”

This comes in conjunction with the meeting of the Amir of Kuwait, an Iraqi delegation of deputies and governors.

The Emir of Kuwait, along with head of the delegation, Parliament Speaker Mohamed Halboussi, discussed on Sunday ways to invest funds allocated for the reconstruction of Iraq at the Kuwait International Donors Conference.

“We came to the State of Kuwait with the executive officials of the government to discuss the files related to the reconstruction projects of Iraq from the grants that were allocated at the Kuwait International Conference, especially in the field of health and education in all governorates,” said Halaboussi, Forming joint committees to study them and start implementing them. ”

According to the statement of the Office of Halbusi, “the Secretary-General of the Council of Ministers and Governors, made a presentation of the projects needed by the provinces, including with regard to services and infrastructure, especially cities liberated from the organization of a supporter.”

For his part, Kuwait’s Amir Sabah Al-Ahmad Al-Jaber Al-Sabah said during the meeting, which was attended by Crown Prince Nawaf Al-Ahmad Al-Jaber Al-Sabah: “We are always ready to help Iraq and stand with it. Kuwait will do its utmost to fulfill its commitments at the Kuwait International Donor Conference. To fulfill its obligations, and wish the Iraqi government and people more stability and progress. ”

He is accompanied by a delegation comprising a number of Iraqi governors, including the governor of Saladin.