Parliament holds its meeting under the chairmanship of Halbusi 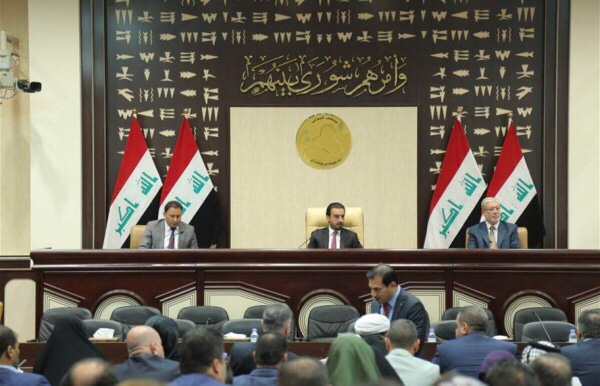 {Baghdad: Al Furat News} The House of Representatives held on Monday, its regular session chaired by its President Mohamed Halboussi.

A parliamentary source, told the {Euphrates News}, “The parliament held today, its 31st session of the fourth parliamentary session for the first legislative year in the second legislative term under the chairmanship of its president Mohamed Halbusi.”