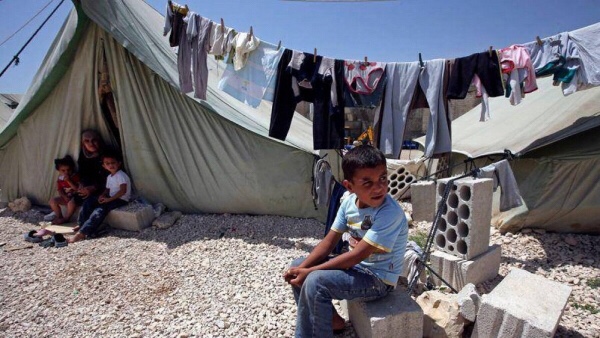 (Baghdad: Al-Furat News) The leader of the reform bloc, Khalid al-Obeidi, said that the Ministry of Displacement and Migration, submitted a request to the Council of Ministers for the disbursement of “Eid al-Fitr” for the displaced.

Al-Obeidi said in a statement that he “contacted the Minister of Displacement and Migration, Nofal Baha Mousa, on Thursday evening to confirm his call for a generous Eid holiday for all displaced people. He said he would submit a proposal to the cabinet to allocate the amounts. Areas that they have long missed. ”

Al-Obeidi added: “On this occasion, I would like to express my thanks and appreciation in my name and my family’s name in Nineveh (as the largest number of displaced persons) to the Minister of Immigration for his quick response and interaction with this invitation or any step to alleviate the suffering of displaced people. The direction of drawing a smile on the face of a displaced child or alleviating a small part of them and the distress of the head of a displaced family or head. ” 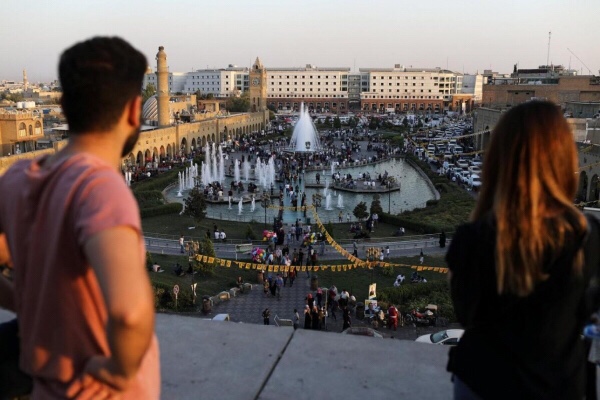 (Baghdad: Al-Furat News) A source familiar with the Kurdistan Regional Council of Ministers that the government is waiting to determine the first days of Eid al-Fitr to announce the official holiday days on the occasion of Eid.

“If Monday (June 3rd) is the last day of Ramadan, and on Tuesday (June 4th) it will be the first day of Eid, the government of the region is likely to declare a full week as an official holiday,” the source said on Friday. 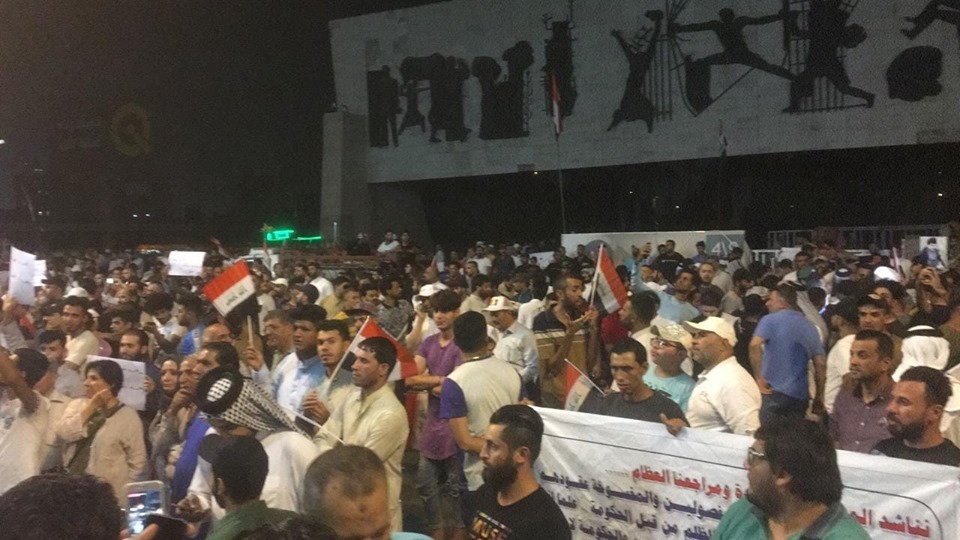 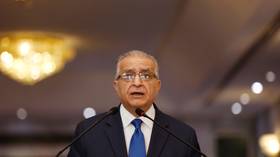 Iraqi Foreign Minister Mohammad Ali al-Hakim has urged Iran to respect its nuclear deal with major powers, which is on the verge of collapse after the United States withdrew from it last year.

Speaking at a news conference in Oslo on Friday, he said that the comprehensive joint action plan agreed between Iran and the 5 + 1 group on Tehran’s nuclear program was “a good agreement”. “We encourage the government To remain loyal to the agreement and its spirit. “

“The last thing we need is a new conflict in the region, and we have enough of the Conflicts “.

Iraq, an extraordinary forum for the interests of the United States and Iran, has shown willingness to mediate between them to ease tensions. Iranian Foreign Minister Mohammad Javad Zarif is expected to arrive in Baghdad on Saturday from Pakistan. 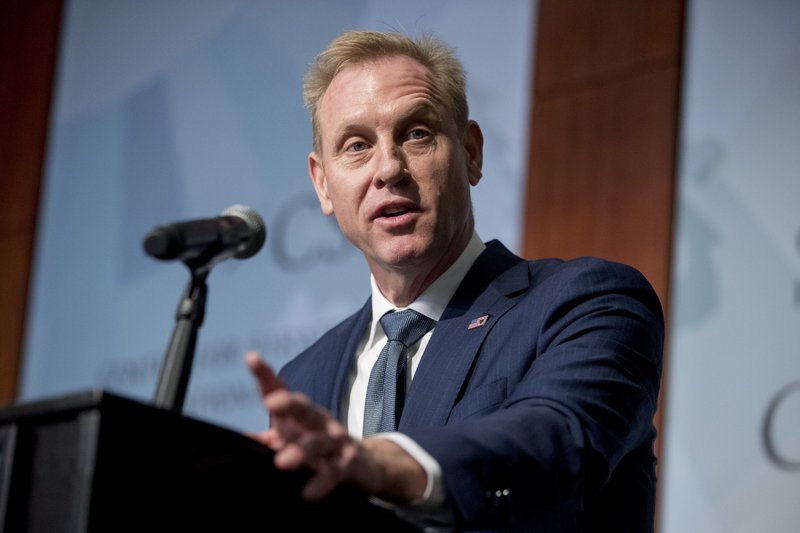 FILE – In this March 20, 2019 file photo, Acting Defense Secretary Patrick Shanahan speaks at the Center for Strategic and International Studies in Washington. Shanahan is set to deliver the commencement address to the 2019 graduating class of the U.S. Naval Academy. The former Boeing executive will speak Friday, May 24, 2019, at the Navy-Marine Corps Memorial Stadium in Annapolis. (AP Photo/Andrew Harnik, File)

WASHINGTON (AP) — The Trump administration notified Congress on Friday that it plans to send about 1,500 additional troops to the Middle East amid heightened tensions with Iran, officials said.

Members of Congress were notified a day after a White House meeting to discuss Pentagon proposals to bolster the U.S. force presence in the Middle East.

The officials spoke on condition of anonymity because the troop plans have not yet been formally announced.

The forces would number “roughly” 1,500 and would deploy in the coming weeks “with their primary responsibilities and activities being defensive in nature,” according to a copy of the notification obtained by The Associated Press.

Their mission would include protecting U.S. forces already in the region and ensuring freedom of navigation, the notification said.

Earlier this week, officials said Pentagon planners had outlined plans that could have sent up to 10,000 military reinforcements to the region. Acting Defense Secretary Patrick Shanahan later said planners hadn’t settled on a figure.

The U.S. began reinforcing its presence in the Persian Gulf region this month in response to what it said was a threat from Iran.

In early May, the U.S. accelerated the deployment of an aircraft carrier strike group to the Mideast and sent four B-52 bomber aircraft to the region. The Pentagon also decided to move a Patriot air-defense missile battery to an undisclosed country in the area. 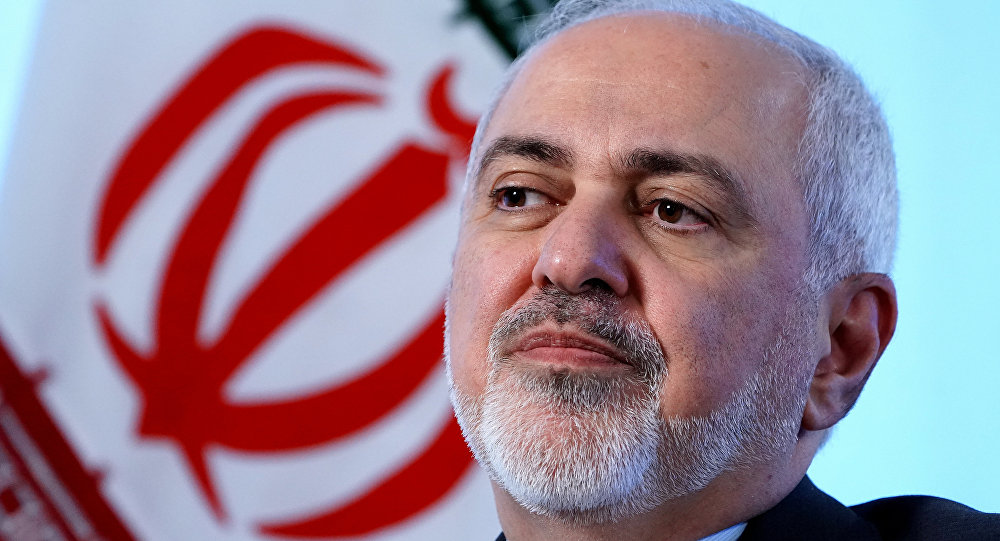 “The most important issues that will be discussed during the visit are the changes in the region and the role of the parties in building the efforts and tracks of balance, in addition to the bilateral relations between Iraq and the Islamic Republic of Iran,” Sahaf told the Sputnik news agency. .

“Zarif’s visit will not take more than one day, and the meetings will be comprehensive with officials in the Iraqi government,” he said.

Iranian Foreign Minister Javad Zarif arrived in Pakistan Thursday evening for a two-day official visit to hold talks on bilateral issues, focusing on the growing tension between Iran and the United States.

On May 12, the Iranian foreign minister toured Turkmenistan, India, Japan and China to discuss ways to develop bilateral relations and exchange views on major regional and international issues, including the nuclear deal.

US President Donald Trump has agreed to send more troops to the Middle East as the crisis between Washington and Tehran escalates, the Wall Street Journal reported on Friday.

Trump agreed to send 3,000 additional troops to the Middle East, the newspaper said, adding that discussions were under way in the White House and the Pentagon to support military submarines, fighters, marines and anti-missile batteries.

(Baghdad: Al-Furat News) ruled out the Parliamentary Finance Committee, the existence of a supplementary budget for the year 2019.
The committee member Abdul Hadi al-Saadawi said in a press statement that “there are no indications on the preparation of the central government supplementary budget for the federal budget of the country for 2019, which is scheduled to be submitted to vote in June of each year according to legal contexts.”
He pointed out that “a consultative session will be held in this regard to discuss the existence of a supplementary budget or not, since in the presence of this budget must be presented in June next to address some of the sections of the public budget that were added and the conjunction of the disbursement of funds allocated to them by achieving additional revenue from the sale of oil.
On May 7, the Ministry of Finance excluded a supplementary budget for the current year.
Undersecretary of the Ministry Maher Hammad Johan said in a press statement: “There is no intention of the government and the Ministry to prepare a supplementary budget for the current year, because the federal budget mainly suffer from a deficit of up to 30 trillion dinars, and therefore the preparation of the supplementary budget can not be achieved only with the availability of financial and the absence of deficit in the federal budget “He said.
He added that “despite the rise in world oil prices, but that did not contribute only to fill the third of the budget deficit, or nearly ten trillion dinars, as Iraq sold its oil to global markets at the price of {65 – 66} dollars per barrel against the budget price of $ 56, Therefore, the size of the remaining deficit of the budget, amounting to 20 trillion dinars and the ministry is working on several taboos. ” is over
http://alforatnews.com/modules/news/article.php?storyid=198848