(Baghdad: Al-Furat News) The Kuwaiti Foreign Ministry announced a road map to resolve outstanding issues with Iraq.
The ministry said in a statement that the visit of Prime Minister Adel Abdul-Mahdi to the country is fruitful and positive and constitutes an opportunity to exchange views and discuss relations between the two brotherly countries.
She said that Abdul-Mahdi and his delegation met with their Kuwaiti counterparts, where they discussed bilateral relations and the most important issues of mutual interest.
The ministry pointed out that the two sides agreed to develop and strengthen cooperation in all fields, “especially that this visit comes after the convening of the seventh ministerial high ministerial committee,” indicating that it was confirmed what was agreed in that committee.
The ministry expressed its optimism about the development of relations between Iraq and Kuwait, pointing out that the belief that the relations are moving in the right direction in the interests of the two countries and the two peoples and strengthen bilateral relations in light of the difficult conditions experienced by the region.
Asked by Deputy Foreign Minister Khalid al-Jarallah whether there were any agreements or memorandums of understanding signed during the visit, Jarallah said that “the agreements have already taken place during the meetings of the High Joint Ministerial Committee earlier this month, but what was talked about during the visit is the research In detail and put forward visions in the framework of fraternal relationship. ”
He added that “the ministerial committee has developed a clear road map in preparation for the completion of important files outstanding between the two brotherly countries.”
http://alforatnews.com/modules/news/article.php?storyid=198811

The Central Bank of Iraq, on Thursday, it continues to provide banks with small groups of currency.

The bank said in a statement received by ‘orbit’, it ‘continues to provide all banks with small categories of the Iraqi currency’.

The bank added that ‘the provision of this currency is by withdrawing funds from the assets of banks located in the Central Bank’.

(Baghdad: Al-Furat News) denied the Information Office of the Speaker of the House of Representatives Mohamed Halbousi, the news circulated by some media about blocking the presidency of the House of Representatives in front of the movement of vehicles.
“We confirm that the procedures for opening the Green Zone are governmental procedures not related to the House of Representatives, and that the area is open to the movement of vehicles, as well as the lifting of concrete barriers in front of the building of the Council similar to the institutions of the state,” a statement of the office of Halaboussi said. Media to “be precise in the transmission of news”.
The Prime Minister’s Office confirmed today that the decision to open the Green Zone is still unchanged, despite the incident of cross-border targeting in the region last Sunday.
http://alforatnews.com/modules/news/article.php?storyid=198797

(Baghdad: Al-Furat News) President Barham Saleh returned home Thursday evening after a short visit to the Hashemite Kingdom of Jordan.
During his visit, King Abdullah II and Palestinian President Mahmoud Abbas met in a tripartite meeting during which they discussed the development of relations between the three countries and the importance of continuing coordination and consultation on various issues, serving Arab issues and enhancing security and stability in the region.
http://alforatnews.com/modules/news/article.php?storyid=198802 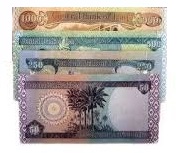 We would like to inform you that this bank continues to provide you with small categories of the Iraqi currency by withdrawing the funds from your current balances. If you have any questions or comments, you can email us at the following address ( followup and followup.iss@cbiraq.info ) 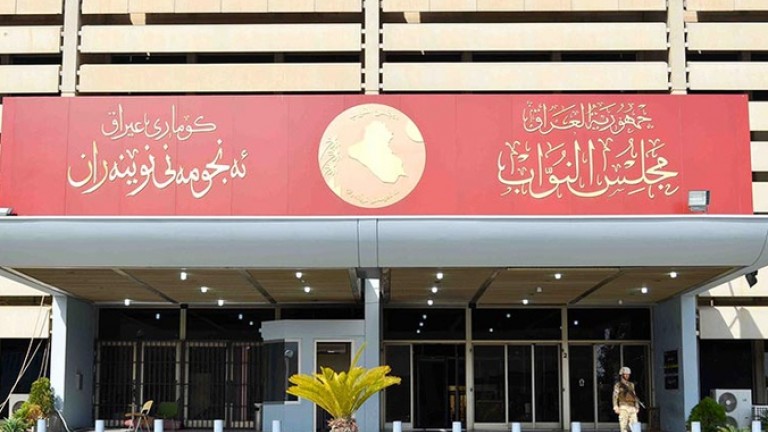 Special – Mawazin News
The House of Representatives raised, Thursday, its regular session to another notice after reading a number of projects and laws and vote on another.
A parliamentary source, in a statement to / Mawazin News /, “The Presidency of the House of Representatives, decided to lift the meeting of the parliament.”
The source added that “the presidency adjourned the meeting without specifying a date for the next meeting.”
The House of Representatives voted during its 21st session of the fourth legislative session for the first legislative year in the second legislative term, which was held on Thursday afternoon under the chairmanship of its president, Mohamed Halboussi, to allow the representation of Christian, Isidine, Sabean Mandaean and Faily Kurds in the Committee of Martyrs, Victims and Political Prisoners. Main.
The parliament ended the first reading of the proposed law of the first amendment to the law of elections of provincial councils and districts No. (12) for the year 2018, while voted on the draft federal financial management law.
Member of the National Wisdom Movement, Starr Al-Jabri, during the session, took the constitutional oath in lieu of MP Ajyal Al-Moussawi, for the parliamentary bloc of wisdom.

Iraq News Now
16:47
BAGHDAD /
The President of the Republic, Dr. Barham Salih, visited Jordan on Thursday as part of an official visit.

“President Saleh will discuss with the Jordanian monarch the bilateral relations between the two countries and means of enhancing cooperation and activating the agreements between Baghdad and Amman,” a source told Al-Ghad Press.

“We will also discuss developments and conditions in the region against the background of the escalation of Iranian-American tension,” he added.

By Rudaw 12 minutes ago

Joey Hood, then the deputy chief of mission for the US Embassy in Iraq, speaks during the Third International Conference to Counter Daesh Propaganda and Ideology in Baghdad, Iraq, on December 13, 2017. Photo: Sgt. Von Marie Donato | US Army
ERBIL, Kurdistan Region – Iraq has been granted yet another exemption from US sanctions on Iran, allowing it to continue importing Iranian energy, Joey Hood, chargé d’affaires of the US Mission in Iraq, confirmed Wednesday.

However, Hood said the US is working with Iraq to help break its reliance on Iranian energy.

“Iraq has an exemption from the American sanctions, so that it can continue to purchase energy from Iran, but we are also working with the Iraqi government and supporting them in every way that we can to increase the energy independence of this country,” Hood told reporters in Baghdad.

Hood’s comments first appeared in the Iraqi media and were later confirmed by the US embassy in an email to Rudaw English.
Iraq depends on Iranian energy to subsidize its ramshackle power grid. Riots broke out in Iraq’s southern city of Basra last summer when Iran briefly cut is electricity exports.

The US scrapped these waivers in April, but continued to renew Iraq’s special exemption.

Tensions with Iran have since escalated further, with the US withdrawing all non-essential staff from its missions in Baghdad and Erbil and deploying an aircraft carrier group and B-52 bombers to the Persian Gulf, citing an unspecified Iranian threat.

In a possible act of provocation, unknown actors fired a rocket into Baghdad’s Green Zone on Sunday, which fell less than a mile from the sprawling US embassy compound.

Asked about the incident, Hood said: “No one as far as I know has claimed responsibility for that rocket.  So, I can’t really tell you what they were aiming at or what their goal was.”

Authorities believe the rocket was fired from the east of the city, where Iran-backed militias maintain a strong presence.

Eager to characterize the rocket attack as an isolated incident, Iraqi Prime Minister Adil Abdul-Mahdi told reporters in his weekly press conference Tuesday night that Iraq wishes to mediate between Washington and Tehran.

“We will send delegations within the coming days to the different capitals of the countries involved, especially Tehran and Washington, to attempt to push for de-escalation and reach agreements, because all sides say they don’t want war, rather to negotiate,” Abdul-Mahdi said.

However, Hood said he was not aware of any Iraqi mediation, and declined Baghdad’s involvement.

“We always welcome the opportunity to consult with our friends in the Iraqi government. The exchange of views especially in an environment of heightened tension is critical,” said Hood.

“I’m not aware of an offer by the Iraqi government to mediate formally between Iran and the United States, and it’s something that we do not particularly need at this moment.

“We know how to communicate with the Iranians and we hope that they can come to the negotiating table as soon as possible so that we can work out our differences diplomatically,” he added.

Tehran has ruled out negotiation with Washington until the economic pressure is lifted.

The Parliamentary Finance Committee announced on Thursday the latest amendments to a draft law regulating the financial powers of disbursement to both local and central governments and other positions.

Committee member Abdul Hadi Saadawi told Al-Maaloumah that “the committee received earlier from the law of financial management from the central government for the purpose of making amendments to it and approve it.”

He added that “the Financial Management Act regulates the financial powers and limits of payment to local governments and the central government and other positions,” noting that “the Committee completed all amendments for the purpose of presentation and discussion and then vote on it.”

He added that “the law will be presented during the coming sessions in the event of the Presidency approved the continuation of the meetings or included in the agenda of the meetings after the Eid.”Ended 25 and