Al-Hakim: Iraq leads mediation to end the Iranian-American conflict .. This is the goal of the Gulf tour of Abdul Mahdi 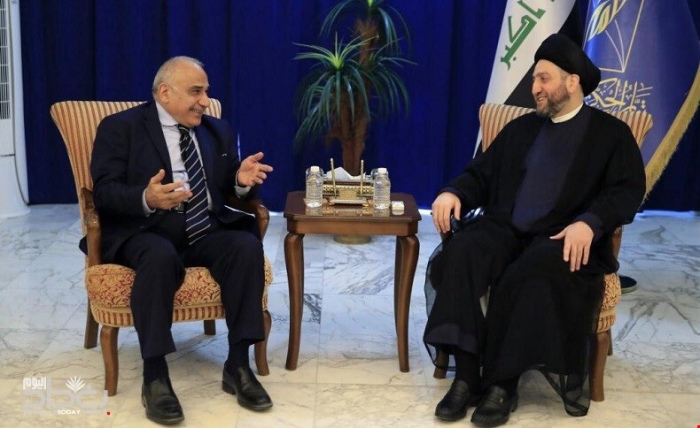 national wisdom stream on Sunday, May 19, 2019, is expected to meet with Prime Minister Adel Abdul-Mahdi on Monday, during which he will visit Qatar and Kuwait.

“Iraq and Gulf countries, including Kuwait, have concerns about what happened in the region as a result of the Iran-US conflict, and the Kuwaiti side is close to Iraq’s view on this side,” MP Hassan Fadas said in an interview with Baghdad today.

He added that “Iraq played the role of mediation, and is still communicating with US and Iranian, to bring the views closer, and it is necessary to communicate with neighbors on this side.”

“Iraq is capable of influencing the American decision, and being an element of calm and embracing any possible meeting to prevent war, which could have catastrophic consequences for Iraq and the region in general,” he said.

On Saturday, May 19, 2019, Iraqi Prime Minister Adel Abdul-Mahdi announced that he would hold a two-stop Gulf tour this week starting on Monday 20 May.

“The prime minister will visit Qatar on Monday and meet with Emir Tamim bin Hamad al-Thani and discuss Iraqi-Qatari relations and ways to develop them, especially after Doha raises its diplomatic representation in Baghdad to ambassador Khaled Hamad al-Sulaiti,” the source said.

He said that “Abdul-Mahdi will discuss with Al-Thani the Iraqi-Gulf relations and the file of the crisis in it as well as the developments currently taking place in the region and the need to unify positions and move to create ways to ease the conflict and to find a ground that would endanger the danger of all.”

He pointed out that “Abdul Mahdi’s first visit to Qatar since he took over the Iraqi government will continue one day, then return to Baghdad on Tuesday.”

The source said that “Abdul Mahdi will next Wednesday visit is also his first to Kuwait and meet with senior officials, including the Amir of the country Sabah Al-Ahmad Al-Jaber Al-Sabah.”

He explained that “the Prime Minister will discuss in Kuwait the remaining issues outstanding between the two countries and the need to invest the positive relationship between them to close all the files under discussion.”

The source pointed out that “the Iraqi-Gulf relations and recent developments in the region will be present in the talks, which will confirm during Iraq that the need to find an Arab-Gulf consensus on them to defuse the crisis and remove the risks from the region.”

Abdul Mahdi’s Gulf tour comes at a time of growing tension between Washington and Tehran after the US Defense Department announced the dispatch of the Abraham Lincoln aircraft carrier and Middle East bombers to intelligence about possible preparations by Iran to carry out attacks against troops or interests. American.