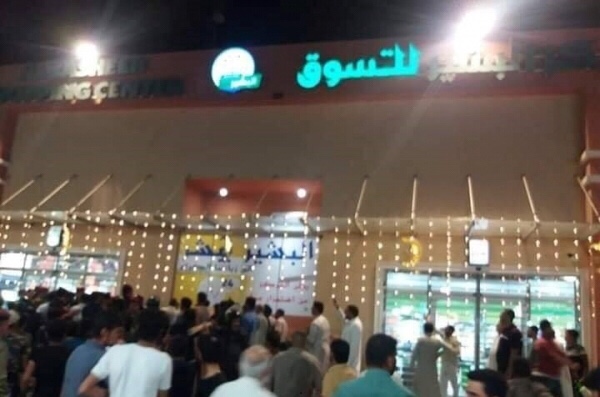 (Baghdad: Al Furat News) The Office of the Commander-in-Chief of the Armed Forces, Prime Minister Adel Abdul Mahdi, on the unfortunate violence in the city of Najaf Ashraf.

In a statement received by the agency {Euphrates News} a copy of it, “the order of the Prime Minister and the Commander-in-Chief of the Armed Forces, Adel Abdul Mahdi, the security forces have ordered the arrest of a number of perpetrators of extrajudicial acts that killed a number of citizens and caused the intimidation of innocent people and the burning and destruction of property” .

He added that “investigations are underway with all the accused and will be prosecuted all participants fire or burning, and to bring the person who proves the offense to the judiciary.”

The commander-in-chief of the armed forces stressed “the need to protect the freedom of peaceful demonstration in accordance with the rules laid down by the Constitution and the law.

He ordered Abdul Mahdi to open an investigation into how the security services in Najaf treated during the painful events and the reasons for failure to avoid or reduce the human and material losses.

The prime minister stressed “the need to continue to fight corruption, corruption and oppression by all political and public forces in support of the reform process and to combat corruption through peaceful and legal means,” and called on all to submit their documents and information to the Supreme Council for Combating Corruption.

A number of cities in the south witnessed a hot night security did not know for a long time resulted in the killing and wounding of at least 25 Iraqis, in addition to the burning of shops and commercial complexes and car agencies, while besieging supporters of the leader of the Sadrist movement, Moqtada al-Sadr, headquarters and commercial interests and houses of leaders In the ranks of the current decided to expel them on Tuesday, due to files of corruption.

And witnessed the cities of Karbala, Babil, Wasit, Basra and Najaf mass demonstrations near the homes of those expelled from the Sadrist movement and their offices and commercial interests belonging to them, but the most violent was in the province of Najaf, killing four supporters of Mr. Sadr and wounding 19 others during the storming a commercial mall belonging to the leader of the Sadrist movement Jawad Karawi, after the fall of two wounded in the province of Wasit neighboring similar acts of violence.

The governor of Najaf province, after an emergency meeting held today in the presence of Governor Luay Yasiri three important decisions against the backdrop of yesterday’s events in the province.

The Council decided to hold another special session to vote on a new director of the police leadership, replacing the current commander Major General Alaa Gharib, and to hold the full responsibility and the security services concerned events yesterday and considered them “failure and taking their real role towards the martyrdom of Najaf bloody events.”

The Najaf Council nominated “three names of provincial officers to vote for them in succession to the current police director in an extraordinary session to be held next Sunday.”

The council called on “the Governor of Najaf to take full responsibility as the head of the Supreme Security Committee to preserve the lives and property of people and demonstrators in the coming days.”