Baghdad: The Minister of Planning in the Kurdistan Regional Government, said today’s meeting between the two delegations of the region and Baghdad has been very successful in many areas and next week will visit a delegation from the Kurdistan region to Baghdad for permission to import from Baghdad.
A senior delegation from the federal government arrived in Erbil on Sunday.
Deputy Speaker of the House of Representatives Bashir Al Haddad said that the delegation included ministers of “Industry, Planning, Trade, Culture, Chairman of the Investment Authority and Governor of the Central Bank.”
He added that “the goal of the visit is to find a mechanism to resolve the outstanding problems between Erbil and Baghdad.”
“The meeting was successful and the two sides agreed in many areas,” the Kurdistan Regional Government’s KRG minister of planning and industry minister told a joint news conference.
“The aim of today’s meeting is the participation of the provincial government to organize the work and activities of the two governments, as well as the coordination and facilitation of trade affairs between the region and Baghdad in a number of areas,” Ali Sindi, minister of planning in the region.
He explained that “the Jalal of the meeting discussed the issue of permission to establish factories and export products easily to Baghdad and other Iraqi provinces and for the purpose of import permission, will visit a delegation from the Kurdistan region next week to Baghdad.
For his part, Mohammed Hashim, Minister of Trade in the federal government during the conference, said that “during the meeting, the issue of customs points, devices and goods that are imported with the issuance of an agricultural newspaper for the import of agricultural products.”
https://translate.googleusercontent.com/translate_c?depth=1&hl=en&rurl=translate.google.com&sl=ar&sp=nmt4&tl=en&u=http://alforatnews.com/modules/news/article.php%3Fstoryid%3D196551&xid=17259,15700023,15700186,15700191,15700253,15700256,15700259&usg=ALkJrhjplwzkMA6DViv6o9RY-Ef3HEuHyQ

SULAIMANI — The International Energy Agency has said that Iraq is likely to become the fourth-largest oil producer in the world.

The IEA released the report, titled “Iraq’s Energy Sector: A Roadmap to a Brighter Future,” on Thursday (April 25).

The 59-page document provides a survey of the challenges to Iraq’s energy sector, discusses its proposects for growth over the next decade, and offers a series of recommendations.

“Despite the extraordinary challenges of war in recent years, Iraq has made impressive gains, nearly doubling the country’s oil production over the past decade,” the report said.

“But the turmoil has also undermined the country’s ability to maintain and invest in its power infrastructure.”

The IEA predicted that oil production in Iraq would increase by 1.3 million barrels per day (bpd) by 2030.

This would result in it becoming the world’s fourth-largest oil producer behind the United States, Saudi Arabia, and Russia.

IEA’s Executive Director Fatih Birol presented the study’s findings and recommendations to President Barham Salih during a meeting on Wednesday, according to the IEA.

“In addition to oil, Iraq is blessed with some of the richest solar and gas resources in the world, but it is yet to take advantage of them. Turning that potential into fuel for its own economy and for export would help bring about a more sustainable, reliable and affordable energy future,” the IEA quoted Birol as saying.

Iraq is producing below its maximum capacity of nearly 5 million bpd in line with a production-cutting agreement between OPEC and allies such as Russia in order to support the global price of oil.

Iraqi Oil Minister Thamer Ghadhban said on Thursday that Iraq had the capacity to increase its oil production to 6 million barrels per day if needed, but it was committed to OPEC-led output cuts and would not take unilateral action to boost supply. 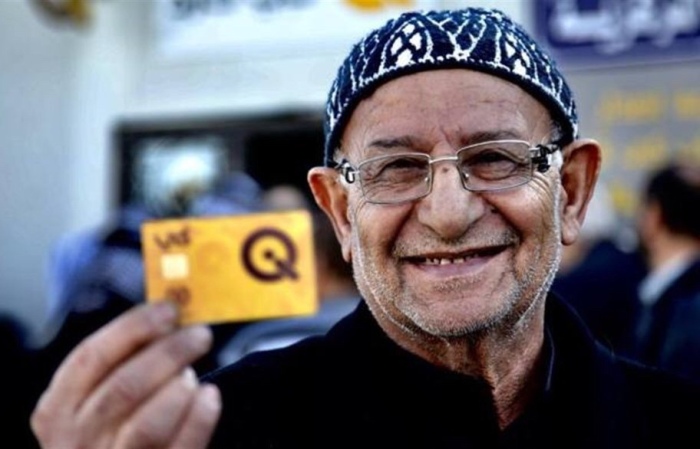 announced the newspaper “Alvinanchal Times” Britain on Sunday, the success of “ironing Card” card used in the system of Iraq on an economic level.

“The number of Iraqis over the age of 15, who now have a bank account, has reached 23 percent, double the rate in 2011,” the newspaper said in its analysis of the Iraqi banking market.

“The number of beneficiaries of banking services, via the card card, seven million Iraqi citizens.”

It is noteworthy that the high rates of deposits and bank accounts, strengthen the local economy, and the risk of financial isolation between the consumer and producer, only at the local and external levels, according to the newspaper.

“The President of the Kurdistan Regional Government, Nezhirvan Barzani, on Sunday, on the strategy followed by Erbil to resolve the outstanding issues with the federal government.

Barzani said in a speech during a joint meeting between the delegation of the provincial government with a ministerial delegation of a federal that “our strategies are to resolve outstanding issues with the federal government through discussion.”

“It is imperative that we reach solutions with Baghdad on various issues, such as oil, common areas and others, through reaching common understandings,” he said.

Barzani said: “We hope that the meeting today is the beginning to resolve the outstanding problems with Baghdad.”

The Fund said in a statement received by the Economist News that “the issue of enhancing access and use of financial services in the Arab countries is of great interest by the Board of Governors of the Central Banks and Arab Monetary Institutions, aware of the potential and potential opportunities that can be achieved by enhancing the financial coverage To support comprehensive and sustainable economic development and to meet the challenges of unemployment and social justice. ”

He pointed out that “the Board of Governors of Central Banks and Arab Monetary Institutions in 2016 initiated in light of the increasing need to intensify awareness of the importance of financial coverage and its contacts with all parties in the Arab countries, and the adoption of April 27 of each year as an Arab day for financial inclusion, which is celebrated under the slogan” Financial support for sustainable development, “the
statement said. The Council supported the efforts of the international community to enhance financial inclusion and its commitment to achieving sustainable development, particularly the G20, which adopted the focus of financial inclusion as one of the main axes of the economic and financial development program.

The Council appreciated the steps and measures taken by the Arab countries to promote financial inclusion and the need to integrate all segments of society and its sectors into the formal financial system, especially youth, women and entrepreneurs.