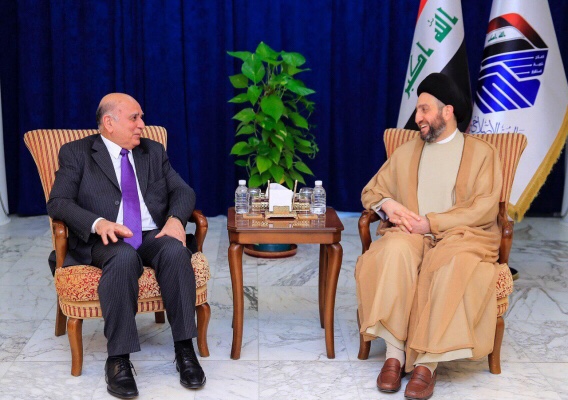 [Baghdad: Al-Furat News} The head of the Coalition for Reform and Reconstruction, Mr. Ammar al-Hakim, assured the Minister of Finance Fouad Hussein, the need for economic reforms.

A statement of his office received the agency {Euphrates News} a copy of it, that Hussein reviewed during the meeting “the results of his regional and international tour, and discussed the latest political and financial situation in Iraq and the mechanisms of implementation of the government program.”

Mr. Ammar al-Hakim stressed “the need to carry out economic reforms that will make the Iraqi economy a stable economy through the diversification of sources of income and encourage national industry and adopt a balanced financial policy consistent with the priorities of the current and upcoming phase of the advancement of service and development in the country.” 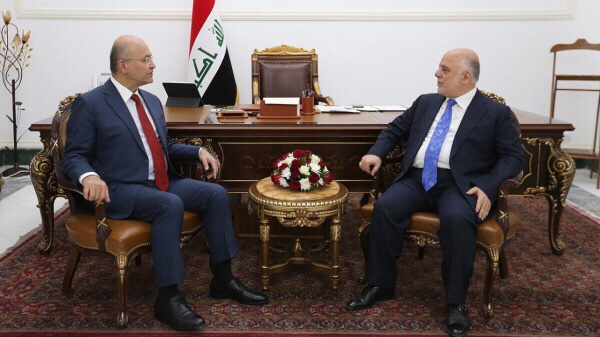 (Baghdad: Al-Furat News) President of the Republic Barham Salih received at the Peace Palace in Baghdad on Sunday the head of the victory alliance Haider al-Abbadi.

“Saleh and al-Abbadi discussed the latest developments in the current political situation and stressed the necessity of concerted efforts by all to give priority to the national interest and to renounce differences in order to enhance security and stability in the country and provide the best services to the Iraqi people in all its forms and components,” the presidential statement said. is over 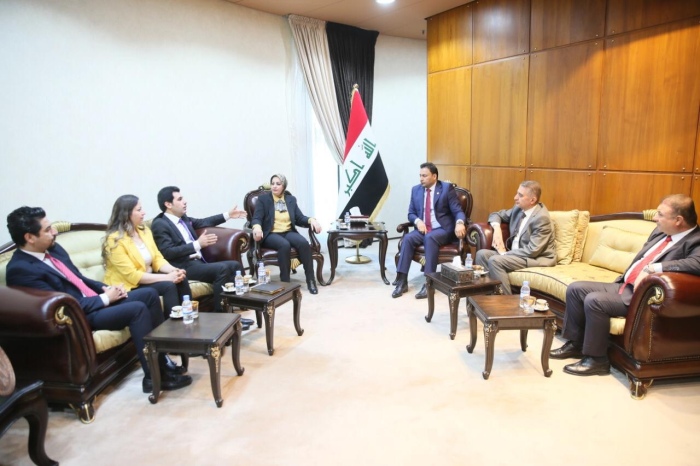 Presidency of the Parliament, on Sunday, appealed to the Kurdistan region, which invited him to abide by the provisions of the general budget for the year 2019, especially with regard to the export of oil.

“The Ka’abi received in his office today, Mona Kahwaji, the second deputy speaker of the parliament of the Kurdistan region and the accompanying parliamentary delegation after their active participation in the activities of the Baghdad Summit of parliaments of neighboring countries of Iraq,” the Information Office of the Deputy Speaker of the Parliament, Hassan al-Kaabi, said in a statement received ” .

He said al-Kaabi, according to the statement, “The participation of the parliament of the region reflected the image of Iraq’s real unity not to the neighboring countries participating in the summit, but to the whole world,” adding that ”

He stressed that “the previous period has seen the impact of some external forces and non-neutral media on the nature of the relationship between the center and the region as it aims to create an unstable Iraq security and political programs to carry out freely,” he said: “But we will establish a new relationship based on the rejection of the acrid voices that work Full strength to destabilize the trust between the parties and create crises and distance the parties from the language of constructive dialogue. ”

On the oil file, al-Kaabi pointed out, “the necessity of the commitment of the region in agreement with the Government of the Center with regard to the export of oil, as well as budget items and all the files that were called the outstanding files, but files can be resolved if it came through dialogue between the parties in a positive and away from the language of narrow interests The ultimate goal is to serve the Iraqi people with all its components. ”

For its part, expressed Kahwaji, “the Presidency of the Federal Council of Representatives to involve the Parliament of the region within the activities of the Parliaments of neighboring countries of Iraq, which had a positive impact with the representatives of parliament and the government and citizens of the region who began to restore confidence in their Iraqi identity, especially after the great national position when approving the budget Iraq, 2019, which approved the service of the Iraqi people as a whole without regard to sub-names such as the component and the region and the national and others, “asserting that” this counts for all supporters of the endeavor to build a strong and coherent Iraq capable of building and progress in the service of the Iraqi people. ” 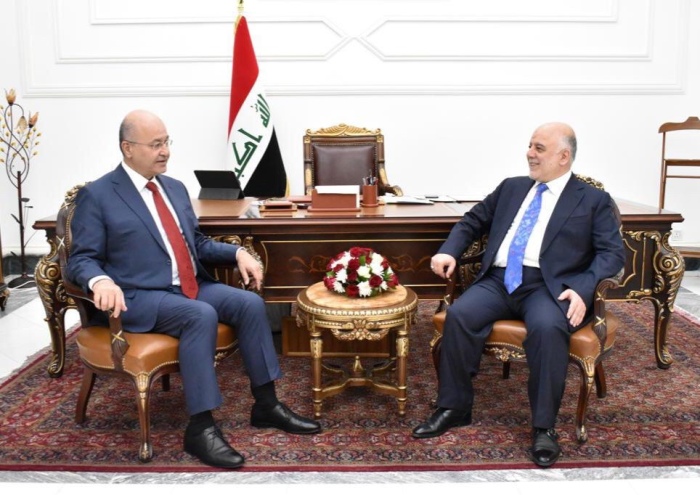 President Barham Salih discussed with former Prime Minister Haider Abadi the latest developments in the political situation in Iraq and the region.

A statement from Abadi’s office received a copy of the news that the latter “met with President Barham Salih and discussed during the meeting the latest political, security and economic situation in the country.”

“The two sides also discussed developments in the region and the importance of integrated political action based on clear vision to achieve the aspirations of our people in reconstruction and provision of services and employment opportunities and investment.” 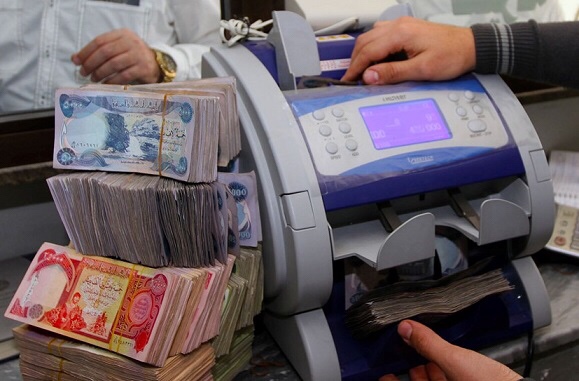 The Minister of Planning Nuri Sabah al-Dulaimi, on Sunday, the Ministry received the plans of ministries and entities not associated with the Ministry and all provinces for the year 2019, and start the audit and ratification, “pointing to” most of them to the Ministry of Finance to provide funding for the projects included in those Plans “.

A statement of the ministry received the agency {Euphrates News} copy of the Dulaimi said, “The Ministry of Planning launched the financial allocations to a number of ministries and entities not associated with the Ministry and the provinces, after the completion of all procedures related to the exchange.”

“The ministries of youth, sports, electricity and planning are among the ministries that launched the drainage, in addition to five provinces are Salah al-Din, Basra, Maysan, Wasit and Kirkuk, while will be disbursed to other ministries and provinces during the next few days, after the completion of the audit.”

Al-Dulaimi revealed the release of financial dues to a number of other bodies, including the Ministries of Interior, Construction, Housing, Industry and Minerals, the National Investment Commission, the Iraqi Media Network, Anbar, Salahaddin, Wasit, Muthana, Dhi Qar and Karbala.

“The ministry is keen to study the plans and approve them in accordance with the mechanisms and standards of planning fast and sound,” he said, referring to the adoption of the policy of the open door and address all the problems surrounding the reality of development in Iraq through coordination and direct cooperation between the Ministry of Planning on the one hand, And entities not associated with the Ministry and the provinces, in order to prepare annual plans and approved early in the year, to allow all to implement the projects included in the plans.

He pointed out that “70% of the allocations for 2019 allocated to ongoing projects and 30% for new projects,” noting that “the plans of ministries and governorates, arrived at a time earlier this year compared to previous years, as the plans were delayed to October or the second Of the year, “stressing that” the coming months will see the rotation of the wheel of projects in all provinces, and thus stimulate the economic movement and provide more job opportunities, as well as improving the level of services provided to citizens. ”