By Zhelwan Z. Wali 2 hours ago 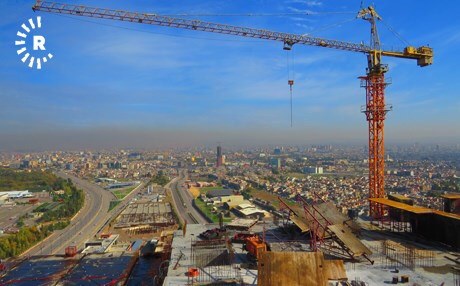 A crane halts work in 2014 in Erbil city, the capital of the Kurdistan Region. File photo: Rudaw

The staggering halt of investment projects in Kurdistan in the wake of gripping financial woes over the past five years is almost over as industry insiders forecast that an economic boom is returning.

“Investment has considerably resumed,” he said.

The Kurdistan Regional Government (KRG) and federal government are enjoying better relations following Baghdad’s decision to send what Kurdistani lawmakers deemed an adequate share of the budget to Erbil, including paying KRG civil servants and Peshmerga. The KRG ended the unpopular salary savings system in early March after three years.

“Work at more than 80 percent projects came to a complete halt in 2014,” he recalled.

Energy companies are reporting increased oil and gas exports. Also the Islamic State (ISIS) has been defeated and the Kurdistan Region is pivoting into a post-war period, but not being abandoned by the international coalition.

Yassen explained from mid-2017 investment projects which had been halted in Kurdistan in 2014 worth $17-18 billion began to resume “very slowly,” but from “2018 and they grew larger and in 2019 they are becoming even bigger.”

Top officials in the Kurdistan Region credit the new Iraqi PM and his government for improving relations with Baghdad.

“If Adil Abdul-Mahdi will continue to send the Region’s budget share and Erbil-Baghdad relations are good, the investment sector will see much more development,” he said.

Yassen attributed the resumption of investment projects also to the KRG repaying the debts since mid-2017 to construction contractors amounting to $300 million.

The KRG was indebted to nearly 60 percent of the contractors.

To offset its financial shortage, the KRG also borrowed money — $1 billion from private banks during the financial crisis and after the emergence of ISIS in 2014. It repaid 50 percent ($500 million) of the debt as of mid-2018, according to Sherwan Anwar Mustafa, the head of the Association of the Kurdistan Region’s Private Banks.

Since 2006, according to Mala Yassen, more than 1,000 investment projects in all fields worth $48 billion have been implemented, unfinished, or approved by the KRG.

“Projects worth $18-19 billion have finished providing services now to the people,” Yassen explained, other projects worth $18 billion across the Region have been approved, but due to the past financial crunch, “they were never implemented.”

He explained according to the government plans, 300 billion dinars ($251.7 million) have been allocated in total to Erbil, Sulaimani and Duhok for development budgets.

“This is very important as it will be spent on strategic service projects,” he claimed.

The past financial woes did not only wreak havoc on investment but also on trade.

He estimated trade volume between the KRG and its neighbors as well with the rest of Iraq in 2019 will hover around $19 billion.

However, he said, “the biggest challenge” investors face now is that “the new government cabinet has not been formed yet. He described the current KRG as a “caretaker” that is unable to “sign onto everything.”

A new KRG cabinet has not been formed since elections on September 30 due to disagreements over party shares in the new government.

One of the most volatile sectors in the Kurdistan Region is real estate because with most political and social issues, land values are affected. The region also has no property taxes. This leads to property owners rarely selling property even during economic slowdowns.

Haji Salam, a large real estate agent and property management company with 16 offices in different locations in Erbil, attributes the strength of their market to developed relations between the KRG and the federal government.

“When people have a glimmer of certainty by receiving their salaries without any withholding from the government, money will flock to the market again,” Haji Salam said. 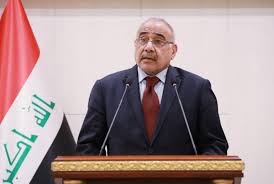 A source close to Prime Minister Adel Abdul Mahdi said on Sunday that his planned visit to Saudi Arabia would be on Wednesday.

“Abdul Mahdi will start his visit to Saudi Arabia next Wednesday at the head of a high-level Iraqi delegation, during which he will meet with King Salman bin Abdul Aziz and a number of officials and ministers,” the source said in an exclusive interview.

He added that ‘the visit comes within the framework of activating the agreements that were concluded in Baghdad with the Saudi delegation before during his recent visit to Iraq’. 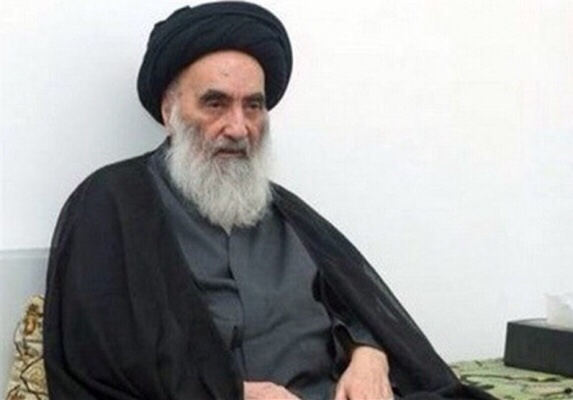 A question came to the Office of the Supreme Leader, which read: Published between different statements and analyzes on the position of His Eminence the supreme authority of the regime of good governance for Iraq and his intellectual, political and administrative views on this matter, what is the reliable from it?

The answer of the Office of the Supreme Reference: The position of His Eminence in this regard is known to review what is stated in the book (texts issued by His Eminence Mr. Sistani in the Iraqi issue) and the latest statement issued by his office ahead of the elections of the House of Representatives on 17/5/1439 (4/5) / 2018), and other statements or analyzes reflect the impressions of the owners, may not be true or accurate. “It

is noteworthy that the Supreme Reference was confirmed before the last parliamentary elections in May 2018” that the conduct of the course of elections and peaceful circulation The Authority is, in principle, the right and appropriate choice for the present and future of the country, and it must be N avoid the perils of autocracy and authoritarian regime under any pretext or title “or after 2003.anthy

for the text of the statement of Imam Sistani ‘s office on the last parliamentary elections {} in Iraq in 2018 .. Click here 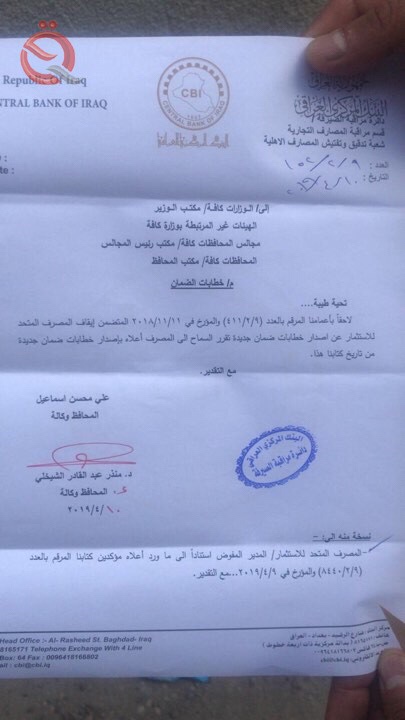 The Central Bank of Iraq has decided to allow the United Investment Bank to issue new letters of guarantee.

The “Economy News” obtained a document issued by the Central Bank of Iraq in which it decided to allow the United Investment Bank to issue new letters of guarantee, after the previous decision to stop issuing.