The head of the Kurdistan Democratic Party, Massoud Barzani, received a government delegation from the United States consisting of officials from the ministries of state and defense, headed by Ambassador James Jeffrey, US special envoy to Syria, as well as Joel Riborne, deputy assistant minister of the Mashreq affairs.

Barzani and Jeffrey talked about recent political developments in Iraq and the Kurdistan Region, and discussed the military progress against the terrorists and the general situation in Syria.

Barzani expressed his gratitude to the people and government of the United States for their continued support of the Kurdistan Region, adding that the war against terrorists would in fact be more expensive in terms of human lives and resources.

The two sides discussed the political situation in Iraq and the recently strengthened relations between Baghdad and Erbil.

Geoffrey and Barzani expressed their optimism for a brighter future for Iraq and the Kurdistan region in the wake of the war on the organization of an advocate.

The meeting also discussed the situation in Syria and how all parties should begin to engage in finding ways that would be in the interest of the Syrian people after the end of the organization.

Barzani stressed that the terrorists of the Al-Qaeda organization faced a serious defeat in Iraq and Syria, and must continue to deal with their threat with caution.

Logo of the Secretariat of the Council of Ministers «Economy News»

“Secretary-General of the Council of Ministers, Dr. Mahdi Al-Alak, presided over the first meeting of the International Stabilization Support Group (ISF) and the supporting parties for the projects of restoring stability and reconstruction in the liberated areas,” the Cabinet Secretariat said in a press release.

According to the statement, Al-Alaq stressed readiness of the General Secretariat to communicate with the United Nations program to support and finance projects to restore stability jointly, after the approval of the government to transfer the amount of contribution (46) billion Iraqi dinars added to the budget of the Secretariat.

The shipment was sold to China Oil at a premium of $ 1.40-1.50 per barrel above the official sale price of crude to Asia, the sources said.

The sources said that Sumo did not allocate any amount of Basra heavy crude to the owners of technical service contracts and that means that no company, except Sumo, shipments resold in the spot market.

US sanctions on Iran, Venezuela and production cuts by the Organization of the Petroleum Exporting Countries (OPEC) have also caused a shortage of heavy crude supplies worldwide.

In the previous tender, Sumo sold 2 million barrels of Basra heavy crude for March to SK Energy at a premium of $ 1.10 a barrel above the official sale price of crude to Asia.

Part of the signing of the agreement.

The Minister of Planning, Nouri Sabah al-Dulaimi, signed an agreement with the European Union Ambassador to Iraq, Ramón Belquois, to finance economic and social development projects in the amount of € 41.5 million, which will be implemented by the United Nations programs in Iraq. Local.

“The aim of these meetings is to find quick practical solutions and to show the optimal investment potential for international efforts to support the work of local governments and central government stakeholders,” Dulaimi told a joint news conference with Ambassador Blakwa and Basra Governor As’ad al-Eidani.

He pointed out that “the ministry will work with the international community and stakeholders in service ministries to launch several vital projects in the provinces of Iraq,” referring to “the efforts that the Ministry will continue to implement in cooperation with the local government of Basra, to rehabilitate the projects of the province, Projects with advanced achievement ratios “.

Al-Dulaimi said during the meeting, which was attended by the Director of the United Nations Development Program (UNDP) in Iraq, Gerardo Noto, that “this agreement will strengthen the Ministry’s development plans in the liberated areas, and urban areas in the provinces of Basra and Nineveh, and provide basic services to them, These will be implemented through the United Nations Educational, Scientific and Cultural Organization (UNESCO). The organization will reconstruct buildings of historic and cultural importance, revitalize the old cities of Nineveh and Basra, restore life to these cities and provide jobs for their children. Support for the voluntary return of displaced people, job creation and improvement of services. The third section will be implemented with local and international cooperation to provide technical and financial support to youth projects and to provide a suitable environment for launching Pilot projects “. 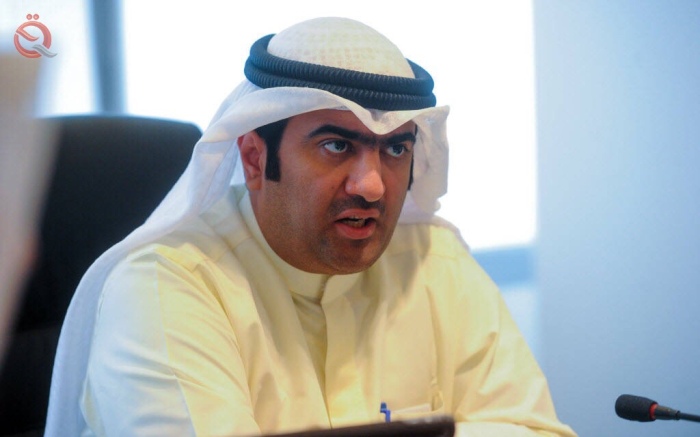 The Minister of Commerce and Industry and Minister of State for Services of Kuwait arrived in Baghdad on Wednesday heading an official delegation on a two-day visit to discuss the establishment of a free trade zone and the signing of an agreement.
The Kuwaiti Ministry of Commerce said in a press statement read by “Economy News” that the Minister Khalid Al-Roudhan will meet during his visit to Iraqi President Barham Salih, Prime Minister Adel Abdul-Mahdi and Parliament Speaker Mohamed Halbusi.
It will also hold an open meeting with several Iraqi bodies such as the Ministry of Foreign Affairs, Transport, Industry and Minerals, the Central Bank of Iraq, the General Authority for Border Ports, the National Investment Authority, the Fund for the Reconstruction of the Affected Areas and the General Administration of Customs.
Al-Roudhan will meet with his Iraqi counterpart Mohammed Al-Ani and will hold a meeting with the Union of Chambers, the Federation of Industries, the Federation of Businessmen, the National Business Council and the Economic Council to discuss means of developing trade relations between the two countries.
The minister is accompanied by an official delegation comprising representatives of several governmental bodies including the Public Authority for Industry, the Direct Investment Promotion Authority, the Competition Protection Authority, the Kuwait Ports Corporation, the General Administration of Customs and the Ministry of Foreign Affairs.
The delegation also includes representatives from the World Bank, the Chamber of Commerce and Industry, the General Authority for Investment, the Kuwait Fund for Development, the General Administration of Ports, the General Authority for Roads and Land Transport, and the Silk Development Agency. 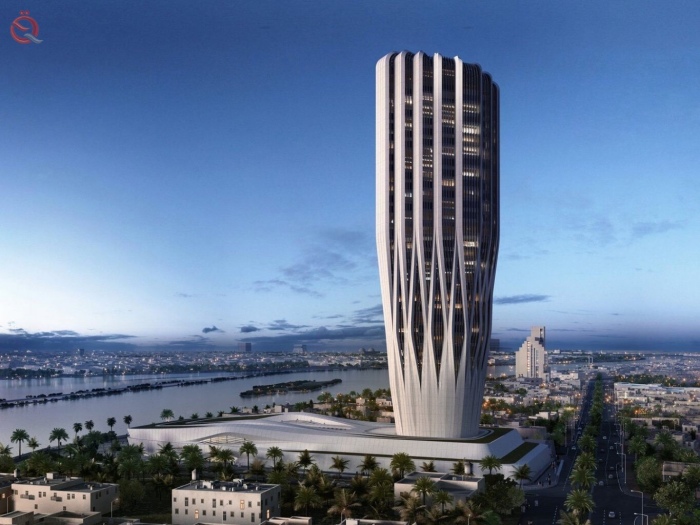 The new building of the Central Bank of Iraq.

The implementing company of the project of the building of the Central Bank of Iraq actual preparations for the construction of the first part of the base structure of the new building in Baghdad designed by the late Iraqi architect Zaha Hadid.

The base, made up of steel and high-quality cement, is needed to build the 37-storey tallest tower under construction in Iraq, 170 meters high. The building overlooking the Tigris River in the Jadriya area includes gold and silver vaults, offices, conference and meeting rooms, a museum, a ceremonial area, car parks and green spaces, and a monument to the Iron Architecture in honor of it.

The project is being implemented by a global company, executed by the Flame Towers and the Heydar Aliyev Center in the Azerbaijani capital of Baku. The contract with the company is worth $ 800 million and the design cost is $ 70 million.

“Together with the international coalition, we have equipped and trained more than 190,000 Iraqi troops,” said Hood at a conference at the Fourth International Congress Against Struggle Media in Baghdad.

“The people need jobs, and we encourage job opportunities. The embassy has brought more than 50 companies to know about work in Iraq,” he said, adding that “a secure and stable Iraq is in the interest of the United States.”