The Cabinet discussed the government curriculum, where it was signed by the President and members of the Council of Ministers to be converted to a document for implementation containing the details of the work, and will be published in the media during the next two days.

Abdul Mahdi stressed during the presentation of the curriculum that the Council of Ministers with all its members will have to follow the curriculum and accounting for it, calling to overcome the routine in order to achieve the goals.

During the meeting, the rules of procedure of the Council of Ministers were presented and the observations and views were taken for approval soon.

The Council of Ministers hosted the Financial Budget Team from the Ministries of Finance and Planning. Some of the texts, movements and observations were discussed and the issuance of budget instructions was accelerated.

The Council approved the minutes of the third meeting of the government program review team and the prioritization of government projects and their cost estimates within the budget estimates (2019-2022).

The members of the Council of Ministers also briefed on the draft declaration for the selection of the President and members of the Federal Public Service Council, and voted on the draft, which will be announced later and includes the conditions to be provided by the applicant for positions.

The Council of Ministers approved the establishment by the World Bank of the Fund for Recovery and Reconstruction of Iraq, and voted on the project for the establishment of the Training Center for Airmen and Airmen.

In conjunction with the Book Fair, the Council of Ministers decided to reduce customs duties on imported books.

The Council of Ministers voted to exclude employees in the institution of political prisoners from the amounts owed by their due to the error of the administration and those who were martyred from them.

The Cabinet decided to reopen a memorandum of understanding between the Ministry of Commerce of the Republic of Iraq and the United States Embassy in Baghdad regarding the purchase and processing of wheat back to the Council of Ministers. 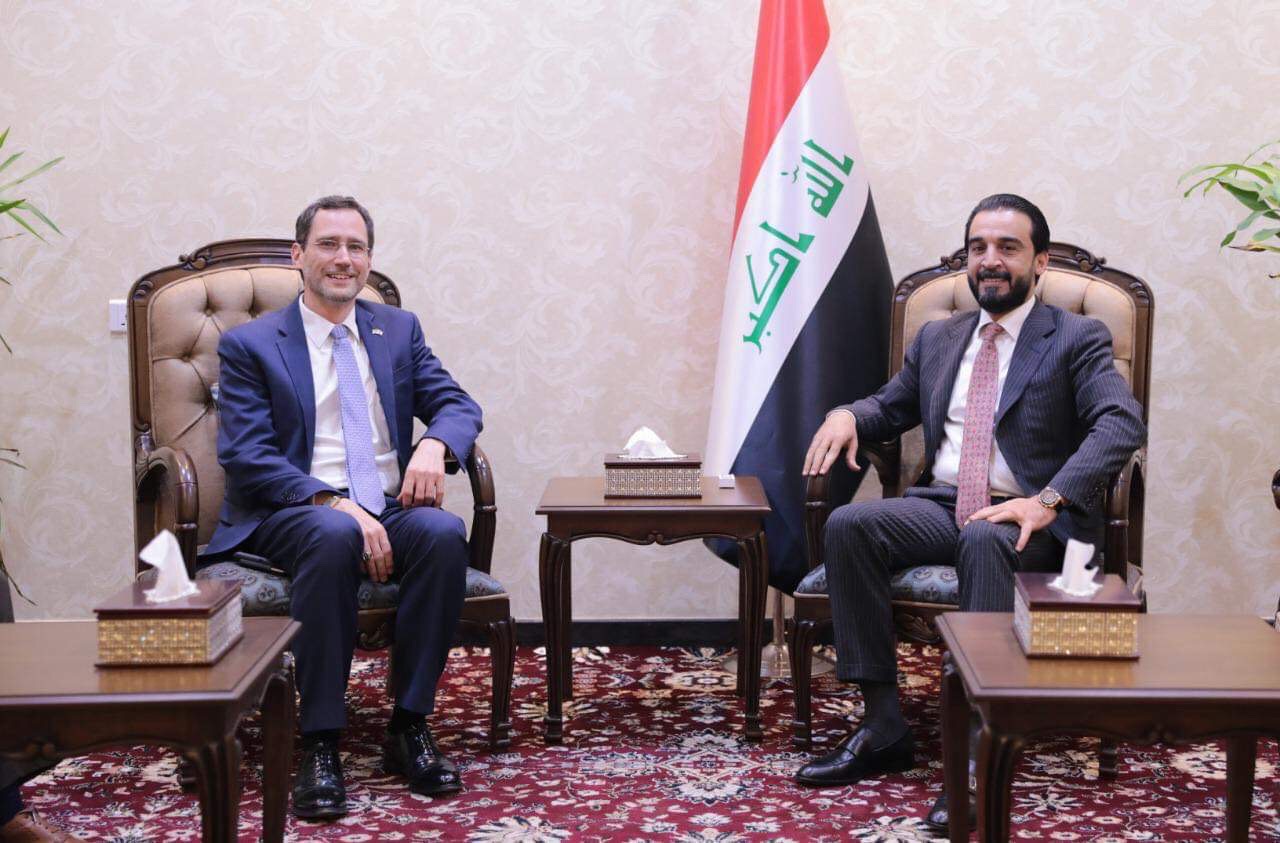 BAGHDAD (Reuters)
– Speaker of the House of Representatives Mohammed Al Halbusi received on Tuesday the Chargé d’Affaires of the United States Embassy, ​​Mr. Joy Hadd.
During the meeting, they discussed the development of bilateral relations between Baghdad and Washington, as well as discussing the political and security situation and coordination in combating terrorism.
Al-Halbusi stressed the need for the United States to support Iraq in the field of reconstruction and investment to contribute to the development and stability in Iraq and the region.
Ended

Iraqi Prime Minister Adel Abdul Mahdi said on Tuesday that there were no US military bases in the country, refusing to use Iraq to hit any other country.

“There are no US military bases in Iraq, there are trainers, in the framework of the international coalition,” Abdul Mahdi told the weekly press conference.

“We reject the use of Iraq by any country against another country,” he said.

(Baghdad: Al-Furat News) The head of the Jordanian Parliament, Atef Al-Tarawneh, arrived in Baghdad on a two-day official visit.
Al-Tarawneh will head a delegation representing the blocs and committees of the Council in a two-day working visit, during which he will meet with President Barham Salih, Prime Minister Adel Abdul-Mahdi, Speaker of the House of Representatives Mohammed Al-Halbusi and heads of Iraqi parliamentary blocs.
During the visit, Al-Tarawneh will discuss ways to strengthen the Jordanian-Iraqi parliamentary work, unify the positions of the two councils in the Arab and international federations, and use their positions to serve the Arab causes, especially the Palestinian issue.
The delegation includes representatives of the President of the Jordanian Parliament, Mazen Al-Qadi, Head of the Justice and Development Bloc, Majah Al-Hakkour, Head of the Future Bloc Ahmad Al-Safadi, Chairman of the Legal Committee Abdul Munim Al-Oudat, Chairman of the Economy and Investment Committee, Chairman of the Jordanian Brothers Committee, Aziz Al-Obaidi, member of the Public Services and Transport Committee, Mustafa Al-Assaf, member of the Agriculture and Water Committee, and Tariq Khoury, Chairman of the Jordanian Brotherhood Committee. Syria and Flint balconies vice chairman of the Youth and Sports Committee, and President of the Forum of Women Parliamentarians of Jordanian morning Alhar.anthy
http://alforatnews.com/modules/news/article.php?storytopic=36&storyid=187348