Shafaq News / through the World Bank on Wednesday about its willingness to finance new projects in the private sector in the Kurdistan Region.

The Prime Minister of the Kurdistan Region, Nigervan Barzani this evening, a delegation from the World Bank and the International Finance Corporation IFC, chaired by Marza Hassan, Executive Director and Dean of the World Bank Association.

A statement issued by the government of the region that the coordinator of the International Finance Corporation IFC talked about support for the Kurdistan Regional Government and its strategic projects, which are funded by some of the institution and implemented by the private sector, and expressed willingness to fund other projects for the private sector in the future in order to revive the infrastructure.

The statement quoted Barzani as saying that “the Kurdistan Regional Government believes in the framework of its economic policy that the private sector should be a recognized role and that this sector is able to be the engine of a strong economy.”

The statement added that “the Kurdistan Regional Government offers all facilities to the private sector in this area, and seeks to continue reforms in order to improve the performance of government and living conditions of citizens and the introduction of foreign investment to the Kurdistan Region.”

The Kurdistan Regional Government (KRG) spokesman Sven Dzeyi said Wednesday that there was an exchange of delegations between Baghdad and Erbil, stressing the visit of a Kurdish delegation to Baghdad to discuss customs last week. A senior delegation from the region will visit Baghdad next week.

On the budget law, Dzi said during a press conference, that after the approval of the Iraqi budget by the General Council of Representatives, the Federal Ministry of Finance issued a number of instructions.

He said the region welcomed the move, although the law probably does not include all the demands of the region, but it is somewhat hopeful, expressing hope that a decision will be made to serve the interests of the people according to the instructions.

And on the economic conditions of the Kurdistan Region, Dzi said he is repeating what he said that the region has passed four difficult years, and the provincial government last year to reconsider the system of savings, was paid dues contractors and a movement took place in the market, indicating that all this gave hope and at the same time Strengthens the confidence of the international community for the stability of the situation in the Kurdistan Region. 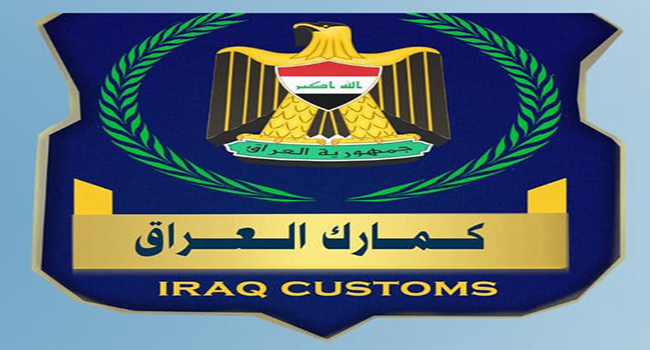 BAGHDAD (Reuters) –
The Customs Authority issued a clarification on Wednesday alleging the presence of employees at the Kirkuk-Irbil post between Kirkuk and Erbil, which caused a waste of public money. It said it suffered from interventions in most of its customs centers, which cause waste and disruption of procedures.

In a statement received by Mawazine News, the agency said in a statement that “in response to some media coverage of allegations made by one of the parties, it claimed that employees at the Kirkuk-Irbil point between Kirkuk and Erbil caused a waste of public money by manipulating the rate of customs duty Fifty agricultural harvesers equipped with the Ministry of Agriculture. ”

She explained, “Here we would like to clarify the correctness of the measures taken by its employees working in the point, which was based on the decision of the Council of Ministers No. 391 of 2018, which reduced the rate of customs duties on agricultural harvesters from (30%) to 0.

The Authority added that “these news are published in the media from unauthorized parties and before deciding by the judiciary,” pointing out that “it suffers from interventions in most of its customs centers and it is that disrupt the procedures and cause waste in public money.”
Ended
m h n

A delegation from the German government visited Wednesday the city of Ramadi, the center of Anbar province, to see the reality of the service in it and other cities in the province.

“The German government has allocated 600 million euros to the federal government in the form of payments to be distributed to some provinces.”

He pointed out that “the German loan is for the reconstruction and rehabilitation in the field of electricity, health and sewage, which suffer damage and destruction as a result of military operations against Dahesh.”

“The German delegation visited the city of Ramadi and was briefed on the electrical stations that were destroyed as a result of the military operations against Da’ash. He also diagnosed the health services in the rest of the cities in the governorate.”

The Secretary-General of the Council of Ministers, Mahdi al-Alaq, on Wednesday, the reason for delaying the move to improve the investment environment and the private sector in Iraq.
Keywords and said, during a seminar held by the Iraqi Chambers of Commerce Union today, I followed “Economy News”, “Iraq arrived in the recovery phase after a devastating war with Daesh, and now Iraq is witnessing the return of displaced people by 70%, while the remaining 30% distributed among the provinces.
He Al-Alaq pointed out that “there are strong steps to support the process of stability in the liberated areas through the implementation of basic projects related to infrastructure and economic and service projects,” adding that “this stage is the four-year stage gives an opportunity for economic growth more broadly, Forms “.
He stressed that “the measures to further improve the investment environment and the private sector in Iraq delayed due to concern about the elections and after the formation of the government,” stressing that “the coming days will witness the actual beginning of the application of these procedures.”