US State Department. Archived
Sky News Arabia – Abu Dhabiand Washington announced that the foreign ministers of the international coalition against Daesh will meet in the US capital on the sixth of February, to discuss theorganization ‘s efforts to eliminate the terrorist organization.

The 79-member coalition will meet for in-depth discussions on the organization’s defeats, the result of a four-year effort to root out the organization and its terrorist activities .

Looking ministers, along with US Secretary of State Pompeo, the next stage of thecampaign against terrorism in Iraq and Syria, which will focus on ensuring that thereturn of Daesh to appear again, through the achievement of stability and security assistance in Iraq and Syria .

The ministers will also discuss the next important steps in the deterioration of networks belonging to the Dahedash organization and its affiliates outside of Iraq and Syria . The US State Department said in a statement: “The United States is determined to prevent a resurgent return from appearing in Syria and Iraq after the withdrawal of US troops from Syria, and will remain committed to working with the international coalition to continue to destroy the remnants of the call and frustrate his global ambitions .

“With a daunting defeat on the battlefield, the coalition will continue its stabilization efforts to facilitate the safe and voluntary return home to those who have been displaced by violence, ” the statement said.

Acting US Defense Secretary Patrick Chanahan said the restoration of all the territory he had seized in Syria would take place within two weeks .

This comes as the International Rescue Committee announced the escape of more than ten thousand people, mostly women and children from the last pocket under the control of a pro-Syrian organization in eastern Syria since last Friday. This comes as Syria’s democratic forces besiege this enclave, which is five to six square kilometers on the Euphrates River .

Warning of the return of an advocate

US Senate Majority Leader Mitch McConnell warned the administration of President Donald Trump of an early withdrawal from Syria and Afghanistan, saying that an al-Qaeda organization and al Qaeda remained a serious threat to the United States .

In a new report to the Congress on the main threats facing the United States, US National Intelligence Director Dan Coates said that Dahesh’s organization still has thousands of fighters making it capable of forming a strong threat in the Middle East and elsewhere .

“He still has thousands of fighters in Iraq and Syria, and he has eight branches and more than 12 networks and thousands of supporters spread around the world, despite heavy losses in leadership and land, ” he added.

He stressed that the organization “will exploit the pressure on terrorism to strengthen its secret presence and accelerate the reconstruction of its capabilities such as media production and foreign operations .”

“It is very likely that he will continue to urge the pursuit of foreign attacks from Iraq and Syria against his enemies in the region and the West, including the United States,” he said. 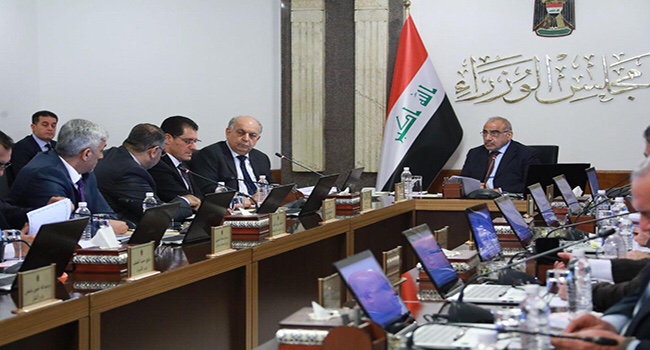 The Cabinet held its regular session on Tuesday under the chairmanship of Prime Minister Adel Abdul Mahdi.

During the meeting, the prime minister affirmed the importance of exchanging interests and interests in all fields and meeting the needs of the two countries in a way that achieves economic prosperity and stability.

The Council of Ministers approved the determination of the capital of public companies in the Ministry of Electricity.

The project of rehabilitating Basrah refinery has been re-introduced to the Council of Ministers.

The council decided to return the government vehicles allocated for the temporary use of parties and personalities to the official authorities who owned the property within a period not exceeding three months. Otherwise, the legal procedures will be taken against the violators, with the possibility of selling them to the borrowers according to the law.

The Council of Ministers approved the granting of public benefit to the institution of the shrine of Mohammed al-Sadr and his sons of cultural charity.

The Council also agreed to compensate for the damage caused by bird flu according to the work of the relevant committees. 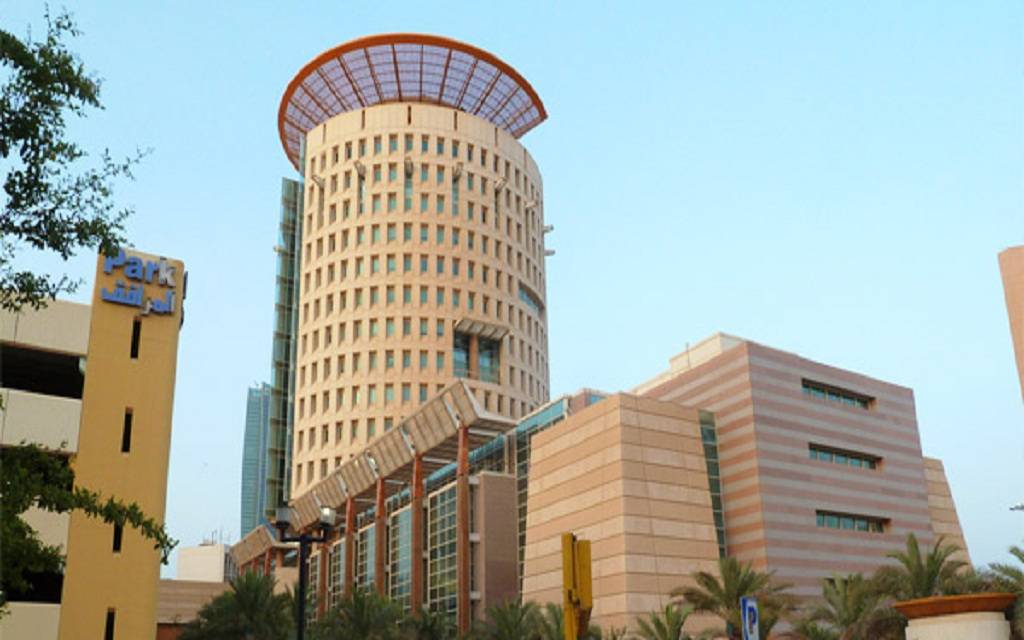 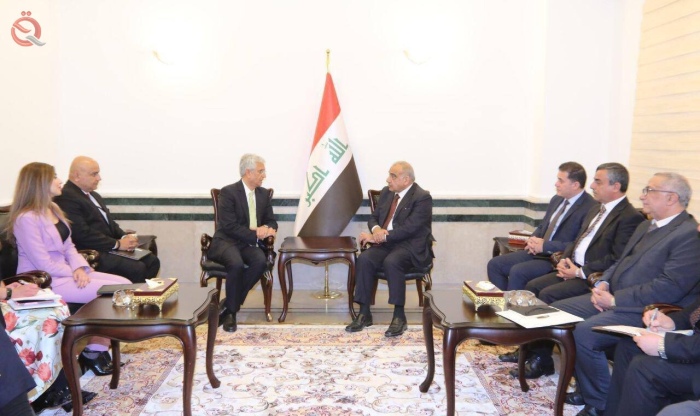 Prime Minister Adel Abdul-Mahdi discussed with the Executive Director of the World Bank, Hassan Mirza, the government’s directions on reconstruction, solving housing problems, ways to activate the economy and cooperation between Iraq and the Bank.
“The Prime Minister Adel Abdul-Mahdi received the Executive Director and the Dean of the Executive Council of the World Bank Hassan Mirza and the delegation accompanying him,” noting that “during the meeting discussed the direction of the Iraqi government towards reconstruction and solving problems Housing and ways to activate the Iraqi economy and cooperation between Iraq and the World Bank. ”
“The meeting was attended by the Mashreq Regional Director for the World Bank, the IFC Regional Director for the Middle East, the Special Representative of the World Bank Group in Iraq, the Director of the International Finance Corporation’s Office for Mashreq and the Director of the International Finance Corporation Office in Iraq.” 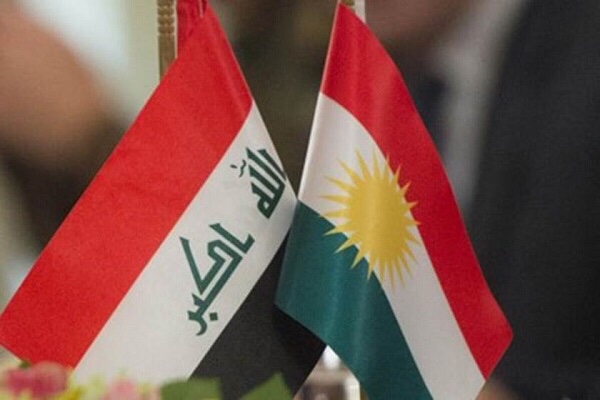 “A delegation from the Kurdistan Region, headed by the Minister of Commerce and Industry, is due to visit Baghdad later in the day,” Abdul Razzaq Naundi, director general of the Ministry of Commerce and Industry, told the official website of the Kurdistan Democratic Party. “Following the understandings between Erbil and Baghdad On a number of outstanding issues related to trade and industry between the two sides. ”

He pointed out that there are a number of pending issues that we want to resolve with Baghdad, including the issue of import and export leave, as well as the opening of a number of departments in the province of Halabja innovated.

The governments of the region and Iraq earlier reached an agreement on some trade issues, and is scheduled to work in the light of that agreement. In this regard, Dr. Abdul Razzaq explained that “the issues of regulation and unification customs tariff and a number of other matters relating to registration of companies, taxes and fees in general will be resolved during This visit. ” 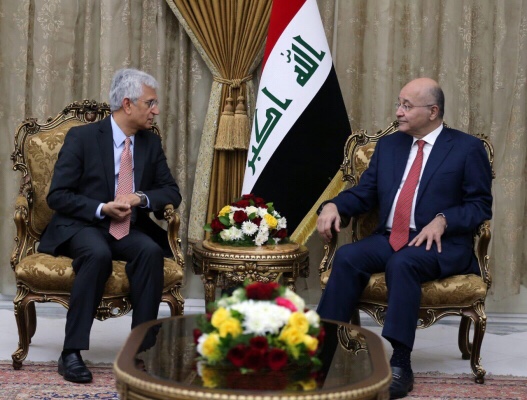 “Saleh received at the Peace Palace on Tuesday a delegation of the World Bank headed by the Executive Director and the Dean of the Board of the Bank Group Marza Hassan and his accompanying delegation,” a presidential statement said.

Saleh expressed “Iraq’s desire to cooperate best with the World Bank in various fields to achieve prosperity and progress of the country, pointing to the need to promote employment and investment in the field of projects and economic and social development.”

For his part, the head of the delegation of the World Bank to support the Iraqi economy, expressing the desire to broaden the horizon of cooperation in all areas.