Under the patronage of His Excellency the Governor of the Central Bank of Iraq, Mr. Ali Mohsen Ismail, the first Iraqi conference was held for companies that mediate the sale and purchase of foreign currencies, which was attended by the Director General of the Department of Banking and Credit Control in this bank, in addition to the participation of a large number of brokerage departments, the sale and purchase of foreign currencies and their owners A number of members of the House of Representatives and figures of financial and economic.

He stressed the sovereignty of the Central Bank Governor during a speech at the opening of the conference to the need to promote the reality of the work of companies mediating the sale and purchase of foreign currency to serve the Iraqi economy.

He referred to the requests of companies to mediate the sale and purchase of foreign currencies and discussed some of them during the conference, confirming that all applications will be studied with the concerned authorities in the Central Bank and the possibility of solving them in record time.

(Baghdad: Al-Furat News) The Central Bank of Iraq, an agreement to approve the draft financial budget for the year 2019.

“The budget will be approved because most of the points of contention have been agreed,” Central Bank adviser Walid Abdul Nabi told AFP.

“The bank prohibits the exploitation of any customer account and the bank is responsible for compensating for any damage,” he added.

“As a central bank through the sanctions committee, we rely on four rules to limit these crimes,” he said.

Abdul Nabi pointed out that “the Central Bank through the sanctions committee includes specialists in the departments of the bank,” pointing out that “the Committee imposed fines amounted to 566 billion Iraqi dinars in respect of the Bank of Baghdad and fines imposed on him for various purposes, including the lack of full documentation and the bank exploited to customers bear All the results and fines imposed on customers. ”

He explained that “imports are covered either by a transfer or a document that is an international transaction and the right of all exploiters to account for the bank,” revealing “we have more than 760 call on banks to guarantee the rights of customers.”

He stressed that “the Central Bank is not affiliated with the Ministry of Finance and is not bound by the decisions of the Inspector General of the Ministry.”

Abdel-Nabi defended the “daily auction of the central bank, which is selling between 100 to 150 million dollars,” noting that “the central bank helped the private sector through this auction.”

“The Iraqi economy was meeting the requirements of the ministries of trade, health, industry and agriculture, but no amount was allocated to the private sector.”

The central bank adviser expressed his “astonishment at how the Central Bank’s documents reached the satellite channels and the media,” stressing that “the Central Bank can not be used for political purposes because it does not deal with individuals.”

“The bank is an institution founded by fighting Iraqis and defaming them is not true,” he said, denying that there were pressures on the bank.

“The Central Bank noted that the percentage of financial coverage of banks is 11% and increased by 100% and was treated 22% in the settlement of salaries and can be an individual loan easy,” noting that “the subject of ironing card for any company aimed at profit and can The first stage is high but decreases in the rest of the stages. ” Baghdad Mawazin News
The Office of Prime Minister Adel Abdul-Mahdi announced on Tuesday the most important decisions that were discussed by the Council of Ministers during its meeting held today.

The Council discussed in its regular session held under the chairmanship of Prime Minister Adel Abdul-Mahdi the decisions prepared for its agenda and took a number of decisions, including the approval of compensation behind the pensioners with a health deficit.

The Council also approved the draft amendment of the religious schools system No. 2 of 1993.

The Cabinet reviewed the report of the General Inspectors for the year 3017 and the launching of the implementation report of the Iraqi National Plan of Action for the Security Council resolution on women, peace and security.

It should be noted that the Council of Ministers held on Tuesday every week a session to discuss the draft laws and developments at various levels of political, economic and social.
Ended
m h n

A member of the Finance Committee of the Iraqi Council of Representatives said on Tuesday that after the allocation of funds to a number of cities in the Kurdistan Region outside the Iraqi draft general budget, it is decided today to allocate an additional amount to spend Rania (Rabrin) in the province of Sulaymaniyah.

A member of the parliamentary finance committee Shirwan Mirza said in a press statement that after they were able in the meeting of the Finance Committee parliamentary, on Monday, the allocation of funds for a number of areas in the Kurdistan Region outside the share of the province of the general budget, they managed today and the members of the Kurds in the Committee to fix the billion Dinars to spend Rania also.

He pointed out that in conjunction with the share of Halabja province of two billion dinars has also been allocated one billion dinars to the borders of Sid Sadiq district.

According to Mirza, these amounts allocated to areas in the Kurdistan region will be allocated for service projects.

The head of the Qatari mission to Iraq, Hussein Ali al-Fadala, said Tuesday that a delegation of Qatari businessmen will visit Iraq during the month of February. The Ministry of Planning said in a statement received “The Covenant News” copy of it, “Nuri Sabah al-Dulaimi, The head of the Qatari delegation to Iraq, Hussein Ali al-Fadala, and the accompanying delegation discussed the joint relations and ways to strengthen them and facilitate procedures in various fields of cooperation to serve the interests of the two countries. The area of ​​re-establishment of liberated areas And the role of economic and investment in Iraq, which reinforced the presence of the Iraqi delegation recently to the State of the country under the presidency of the President of Iraq. Dulaimi explained to the Qatari delegation, the main features of Iraq’s vision for sustainable development 2030, and the role of investment that can be exercised by local, Iraq, especially in light of the security stability achieved by the efforts of the security forces. For his part, praised the head of the Qatari mission and the delegation accompanying him, the strategic plans of the Ministry of Planning, “stressing not to spare any effort to serve Iraq.” The formation of a large delegation of Qatari businessmen, “asserting” the arrival of this delegation to Baghdad during the month of February next, in order to achieve these goals. ” 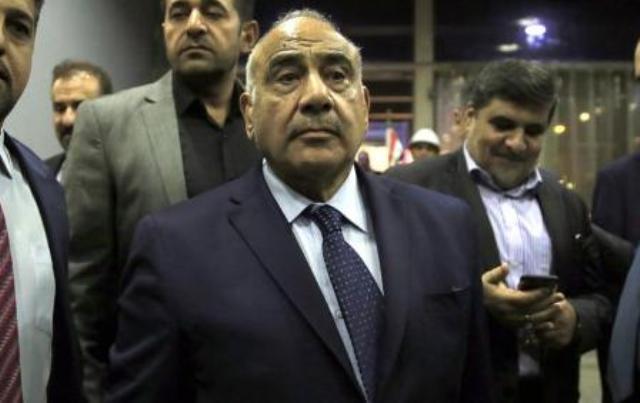 BAGHDAD – Mawazine News
The President of the House of Representatives Mohammed Halbusi, on Tuesday, the hosting of Prime Minister Adel Abdul-Mahdi in the session of the Council scheduled to be held on Thursday.
“The prime minister will be hosted next Thursday,” Halboussi said in an interview during a session of the House of Representatives currently being held and followed by Mawazine News.
The parliamentary sources had announced earlier, that the hosting will be to discuss the Prime Minister steps to implement his government program.

The Iraqi parliament decided to hold a meeting on Wednesday will include a vote on the federal budget for the current year, and complete the vote on the ministers vacant in the current government formation headed by Adel Abdul Mahdi.

The Speaker of the House of Representatives Mohammed Halbous in a statement during the meeting held today, that “tomorrow will be a session and its agenda will include a vote on the budget and the completion of the cabinet cabins.”

“The prime minister will be hosted next Thursday.”