The Israeli writer and journalist Eddy Cohen revealed that three Iraqi “official” delegations to visit his country and negotiate on three axes.

According to the official, there has been a break between Baghdad and Tel Aviv since the declaration of the establishment of Israel in 1948.

Cohen said in several tweets on his Twitter account, “three Iraqi delegations arrived recently and high-level mission of the Iraqi government to Jerusalem” negotiated with us on three axes ” .

He added that the axes are:

2 – the dissolution of the Shiite parties and announce Iraq, Syria, Lebanon and the Gulf states normalization

“One of the people is very close to Hanan al-Fatlawi, I have some names, but for fear of the lives of people I will not disclose them.”

“I have not been aware of the recent Iraqi-Israeli rapprochement,” he said in a further interview, adding that more than a dozen deputies had visited Israel secretly through Jordan, Turkey or a European country in early 2018. Saddam Hussein’s eyes. ”

In a separate publication on his Facebook account, Cohen said, “more than 30 Iraqi deputies are asking to visit Israel in secret.”

Recent years have witnessed the launching of organized campaigns for activists calling for normalization with Israel, bearing in mind the Palestinian cause and the wars and crises that have afflicted Iraq.

They considered that it was Iraq’s refusal to reconcile with Israel that dragged it into wars and woes, and that it would have been possible to avoid all this if Iraq had been involved in the Middle East peace process.

US President Donald Trump has said the United States will withdraw its military forces from Syria, but made it clear he did not say it would be quickly.

On the other hand, Trump explained that “we will resort to the National Emergency Law for the construction of the wall on the border of Mexico, depending on what will happen in the coming days.”

On December 19, Donald Trump announced his intention to withdraw US troops from Syria in a move that seemed surprising to many observers, saying that they had succeeded in defeating the “Daash” organization and that they no longer needed to remain in Syria.

The International Monetary Fund (IMF) said Sunday that the new year will witness a financial meltdown similar to that of 2008.

The International Monetary Fund pointed out, ‘the aggravation of global indebtedness and slow economic growth, but this situation’ unsatisfactory ‘finds its explanation in several reasons factors.

Noting that ‘the beginning of the year is not always accurate indicator as the major economies are usually starting to decline a little but return to take off and grow later, and this was markedly in 2016’.

BAGHDAD – The Iranian and US foreign ministers are scheduled to visit Kurdistan Region next week, while the Iranian consul in Sulaymaniyah said he would not play any role in forming the government in the region.

The Iranian consul in Sulaymaniyah said in a press statement that Iranian Foreign Minister Mohammad Jawad Zarif will visit Iraq and the Kurdistan region next week.

Masoudian stressed that Iran does not have any countries in the formation of the Kurdistan Regional Government, but encourages all political parties in the region to form a new cab.

For his part, Bahram Qasimi, a spokesman for the Iranian Foreign Ministry, said that Zarif’s visit to the Kurdistan region comes within the framework of strengthening Iran’s relations with neighboring countries and strengthening economic and political relations in the Kurdistan Region and Iraq at the top of the topics to be discussed by Zarif in the region and Baghdad.

This coincided with the visit of the Iranian Foreign Minister, US Secretary of State Mike Pompeo, will visit the Kurdistan Region and Iraq, as part of a tour of seven countries in the region.

The decision of the House of Representatives Khadija Ali, on Sunday, that the meeting Tuesday will witness the completion of the cabinet cabin, indicating that Prime Minister Adel Abdul Mahdi did not sign the resignation of Education Minister Shaima Hayali.

The “Tuesday’s session includes in its agenda the completion of the remaining cabinet cab,” indicating that “there are two visions to complete the cab may remain political blocs stick to their candidates may be put names to vote in parliament.”

“If the candidates remain the same, there will be no passing of the ministries,” she said. “We are trying in the House of Representatives to vote on the budget because all activities and investments are pending until voting on them.”

“The resignation of Education Minister Shaima al-Hayali arrived at Prime Minister Adel Abdul-Mahdi and waiting for his approval to be put to a vote in parliament to drop the legal argument and then nominate another minister.”

“So far, Prime Minister Adel Abdul Mahdi has not signed the resignation letter and if he is looking for patriotism and the blood of the martyrs, he must agree to the resignation of a minister from the Daadsh family,” she said.

(International: Al Furat News) A deputy in the Islamic Shura Council in Iran, (parliament) revealed the intention of the central bank in the country to delete four thousand of the Iranian currency.
“The governor of the Central Bank of Iran Abdul-Assad Hamati, announced that the liquidity of 1700 thousand billion Tuman lost 30 percent of its capacity due to inflation.”
He added that the governor of the bank confirmed that the bank plans to delete four zeros from the national currency and that he should take the initiative quickly and the banking system should be reformed. ”
Papai said to the meeting of the bloc held on Sunday in the presence of Central Bank Governor Abdul Nasser Hamti to discuss the status of the country’s reserves Of hard currency and inflation in society. ”
He said that the governor of the bank pointed out at the meeting that the central bank in front of two important challenges are the hard currency and the national currency and at a time when the people suffer from the size of inflation, we find that the value of foreign currency tended to stability.
He said that Hamati also pointed out that the US president is forced to retreat daily after he claimed the collapse of the Iranian economy says today that the Iranian national currency is now besieged.
“” The central bank governor announced that the government never plans to revalue the hard currency and we have to achieve better, ”
The governor said that the reason for the non-decline in the value of hard currency is due to the perception that the value of hard currency will increase again, noting that the road is open with China and South Korea on his way to deal with India while talking with Turkey in this area. ”
Haji Babai announced that Hemmati said he could not hold hopes too much on the European channel, but it should work on the claim “.anthy
http://alforatnews.com/modules/news/article.php?storytopic=43&storyid=184274

(Baghdad: Al Furat News) The House of Representatives, next Tuesday, resume its work after a break for about two weeks on the occasion of the New Year and the Iraqi Army Day.
“The parliamentary blocs will return Monday to Baghdad to attend the session of the Council of Representatives scheduled on Tuesday,” said a member of the Finance Committee parliamentary, Ahmad Haji Rashid, “The discussions on the financial budget for 2019 will start again.”
He pointed out that “the allocation of 50 million dinars to Article 140 of the Constitution,” pointing out that discussions on the budget will begin this week. ”
Between Rashid,” The Council of Ministers allocated 50 million dinars for Article 140 of the Constitution and not 50 billion dinars, as is common in some media , As part of the draft financial budget law, such as the past years, but not been used as in previous years, “pointing out that” the mechanism of disbursement amount requires the formation of committees around him. ”
The member of the Finance Parliamentary” not knowing any agreement between Baghdad and Erbil on the share of the region Of the federal budget “
http://alforatnews.com/modules/news/article.php?storytopic=36&storyid=184280 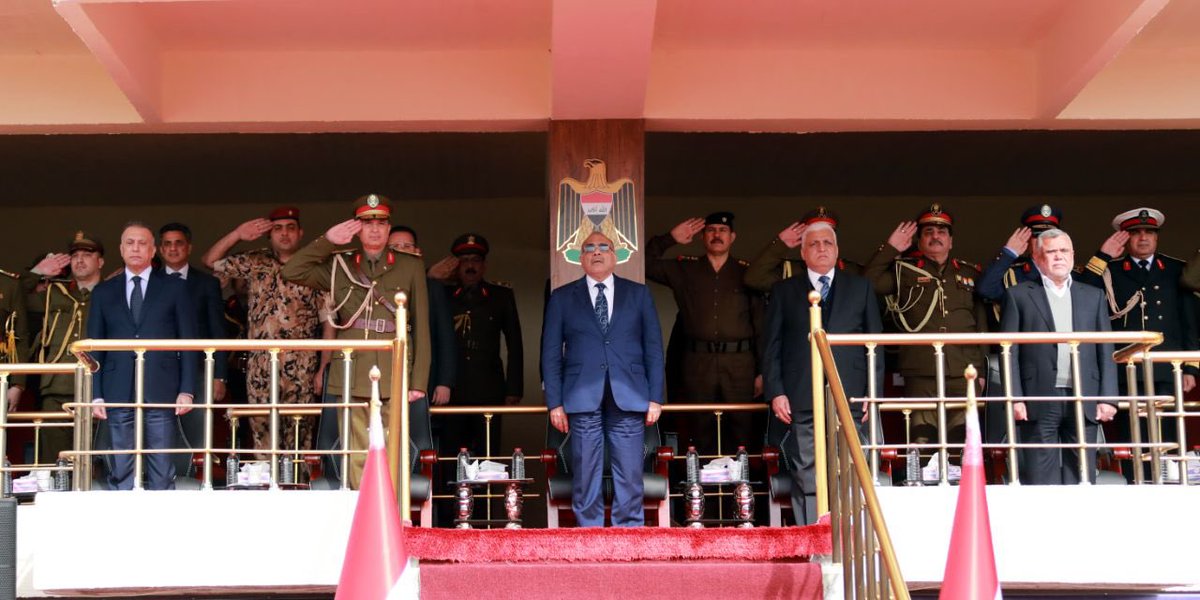 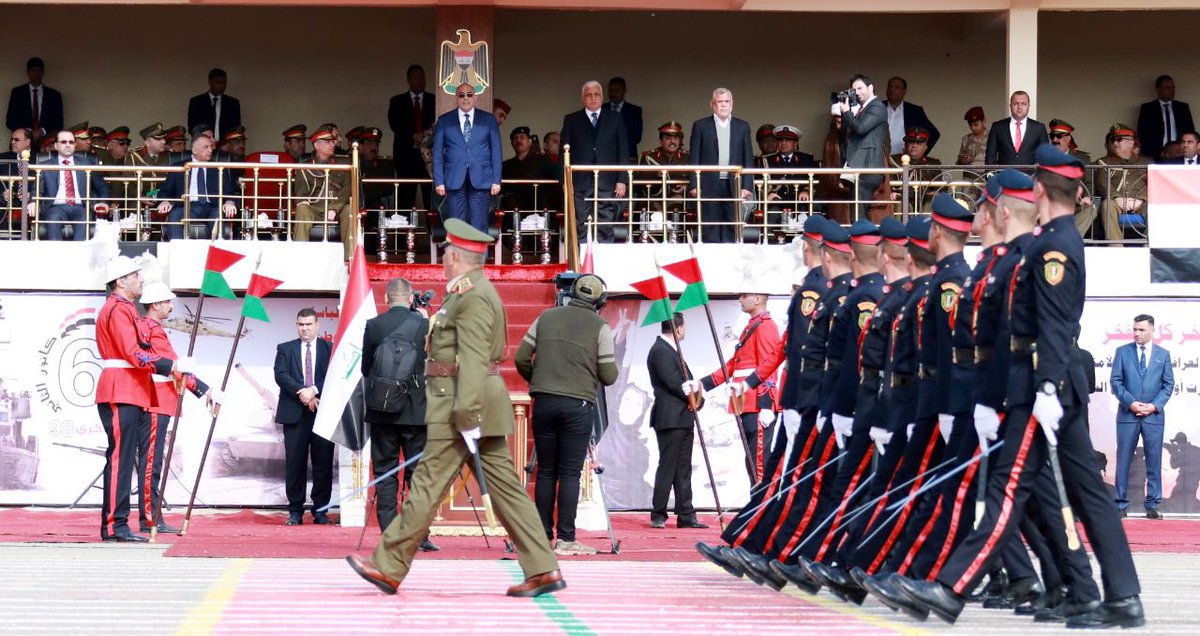 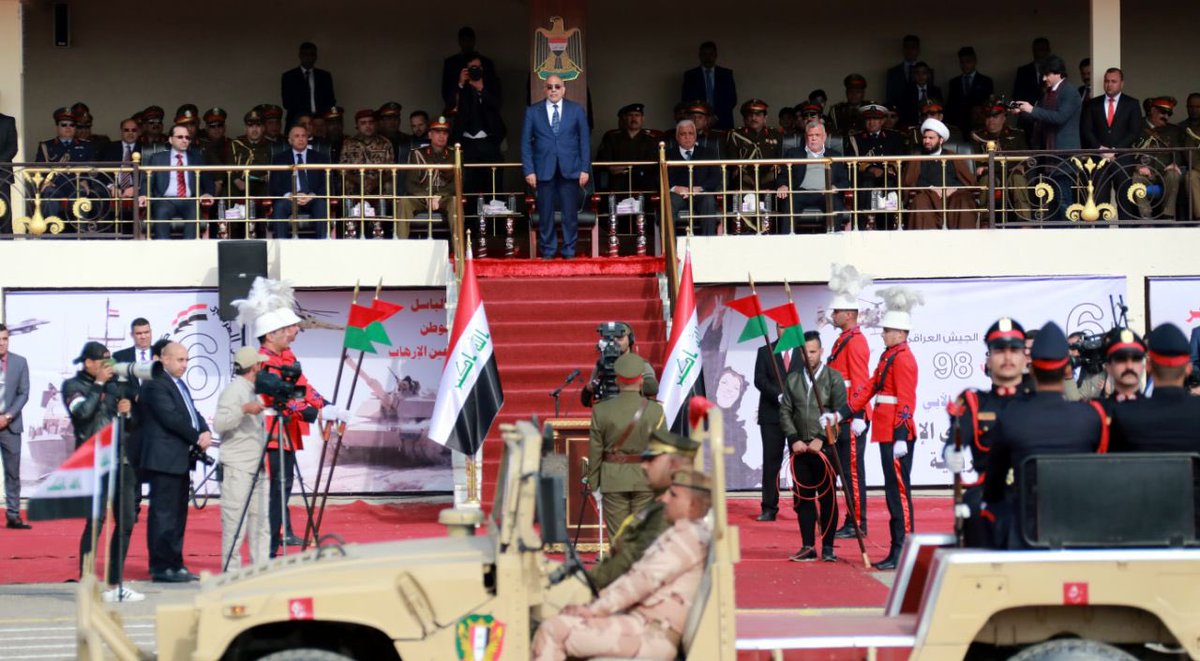 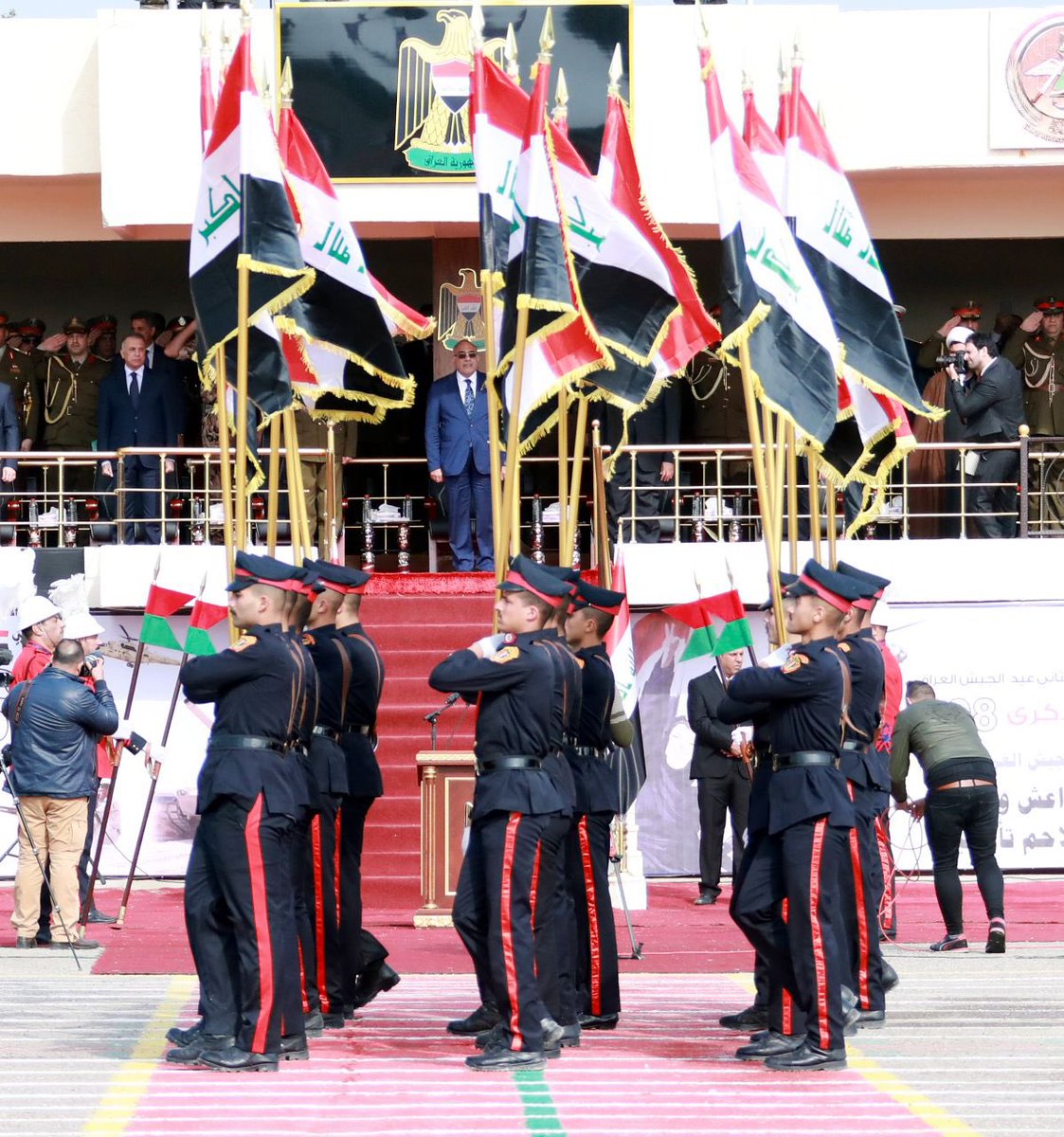 (Baghdad: Al Furat News) Prime Minister and Commander in Chief of the Armed Forces, Adel Abdul Mahdi, addressed the Iraqi people and armed forces during his military parade marking the anniversary of the founding of the brave Iraqi army.