deputy for the alliance of the others, on Saturday, the existence of a preliminary agreement between the deputies on the deportation of the vote on the Cabinet cab remaining for the next legislative term, while he pointed out that the meeting on Tuesday will discuss the draft budget law this year.

MP Mahmoud Adib said in an interview with Mawazine News that “the last agreement that took place between the deputies, is to postpone the vote on the remaining cab to the next legislative term.”

He added that “the agreement comes to give room to MPs to discuss the budget and laws and vote on them and get rid of the problems of breaking the quorum and the work of deputies on the subject and leave the laws that the people need.”

The Presidency of the House of Representatives set a session next Tuesday, to vote on the remaining Cabinet Cab, which includes the Ministries of Justice, Defense and Interior 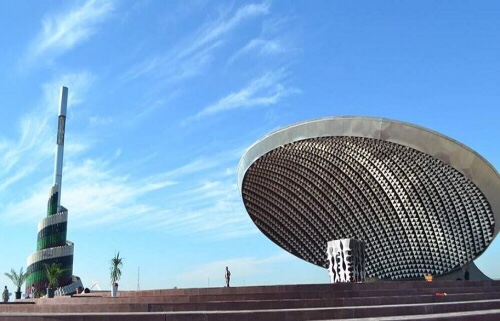 (Baghdad: Al Furat News) The Ministry of Defense revealed on Saturday its platform for tomorrow’s celebration of the anniversary of the establishment of the Iraqi army.

“The platform of the ceremony includes the visit of President Barham Salih to the monument of the Unknown Soldier to put a wreath of flowers together with a number of political and diplomatic figures, as well as military leaders and ranks,” the ministry’s spokesman Major General Tahseen al-Khafaji told AFP.

He added that “the military college will be directed to the graduation of a batch of students from the Staff College by the Prime Minister and to attend a military parade of the security elites who participated in the victory over the terrorist gangs.”

On the reward and granting privileges to the families of the martyrs of the army and the popular crowd, he said: “The ministry did not inform any decisions concerning this matter, and it falls on the prime minister.” 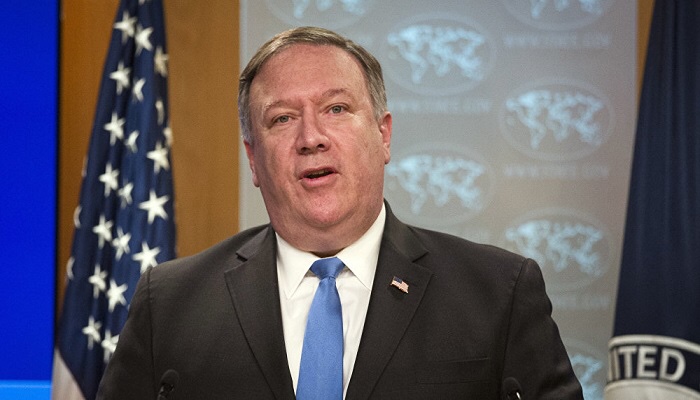 Secretary of State Mike Pompeo will travel to eight countries in the Middle East next week, the State Department said.

The US State Department confirmed in a statement that Pompeo will begin his eight-day visit on January 8 to Jordan, Egypt, Bahrain, the UAE, Qatar, Saudi Arabia, Oman and Kuwait for talks focused mainly on the files of Yemen, Syria and Iran.

The US foreign ministry statement did not specify whether Pompeo would visit Iraq during his Middle East tour, despite the announcement by the White House and the Iraqi Foreign Ministry earlier of a planned visit by the US Secretary of State to Baghdad this month.

ERBIL — US State Department announced on Friday that State Secretary Mike Pompeo will begin his Middle East trip next week where he will meet with several leaders to discuss regional affairs.

However, according to an official statement by the State Department deputy spokesperson Robert Palladino, Iraq is not on Pompeo’s list while in the Middle East.

Pompeo will begin his trip on 8th January until 15th. 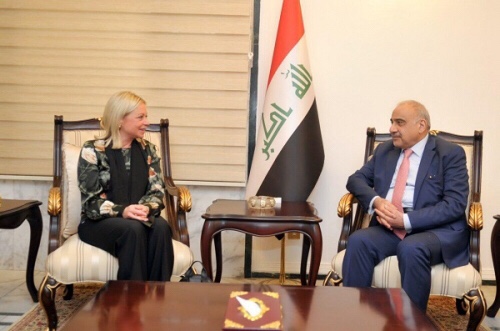 The United Nations envoy to Iraq, UNAMI, has assured Prime Minister Adel Abdul Mahdi of supporting the government in its program that focuses on stability, reconstruction and reconciliation.

“Prime Minister Adel Abdul Mahdi received in his official office this morning the special representative of the Secretary-General of the United Nations to help Iraq, Jenin Henness Blachkart,” a statement from the office of Abdul-Mahdi said.

“He expressed his appreciation for the humanitarian role played by the UN mission in Iraq and its support for the government’s efforts to establish peaceful coexistence among Iraqis, establish security and stability throughout Iraq’s provinces and return displaced people to their homes.

For its part , it confirmed the representative of the secretary – general , according to the statement ” to support the Iraqi government and support its plans and program , which focuses on stability, reconstruction and reconciliation and the development of services”, and expressed satisfaction with the state of stability taking place in Iraq , and thanks to the cooperation and the facilities provided by the government for the mission of the International Organization. ”