[Baghdad: Al-Furat News} The media office of the head of the victory coalition, Haider al-Abadi, issued an explanation of the facts about the house of Abadi and the accompanying repercussions.
“Last Wednesday, a force from the protection of Prime Minister [Adel Abdul Mahdi] closed the compound where Abadi had a house and contacted Abdul Mahdi’s office and told us they would ask for it, but they did not call back,” a statement from the office told AFP. And clarification. ”
“Abadi rejected any escalation and handed over the sites in a peaceful manner and he has finished handing over the last belongings, including this house, and started these measures, but he is surprised by these actions,” he said.
“Abd al-Mahdi called yesterday and he also rejected these measures, which he was without his knowledge,” Abadi said. “He respects all the slaves who witnessed his achievements for Iraq and its people.”
Al-Abbadi, who witnessed the period of his reign an existential war against terrorism and won the victory of gangs and supported by the promotion of Iraq’s status in the world and restore the prestige of the army and to cross the country from a financial crisis suffocating and renounce sectarianism and unite the country and concluded by peaceful exchange of power, he will not stand in front of these small issues, But the exploitation by those who want to phishing the turbid water and spreading lies led us to this clarification, the slaves led Iraq in a critical period and achieved with his people what he called the world miracle and minor issues will not care about them.
The statement stressed “to follow the correct contexts in dealing with state property with everyone and not to double standards in order to achieve political objectives.”
pointed to “
The statement ended by “thanking all those who contacted and reassured and expressed solidarity in the media with us from politicians, media, elites, tribes and our people, a proof that those who submit to his country and serve him, his people will be with him.”
http://alforatnews.com/modules/news/article.php?storytopic=36&storyid=183939 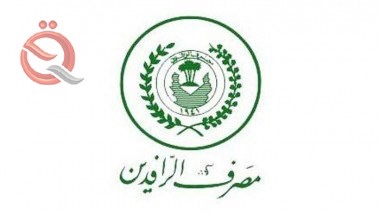 Called Rafidain Bank, on Tuesday, citizens to move their accounts inactive years ago in order to avoid freezing and transfer to the accounts of the Central Bank of Iraq.

The Bank’s Information Office said in a statement that “the General Administration of the Bank calls on citizens to move their inactive accounts, Freeze accounts suspended and inactive in the savings and current, which is spent seven years and transferred to the Central Bank of Iraq. ”

The statement urged customers to “avoid the inertia of their assets and keep away from passive stifling by keeping cash in private places rather than known banks.”