The price of crude oil jumped about 3 percent on Friday to offset part of its losses in the previous session, but the growth of US stocks and continuing concerns about the global economy kept the markets under pressure.
Brent crude futures rose 2.26 percent, or $ 1.18, to $ 53.34 a barrel at 0219 GMT, after rising by 3.1 percent earlier. Brent futures fell 4.24 percent, or 2.31 dollars, to settle at $ 52.16 a barrel on Thursday.
West Texas Intermediate crude futures jumped 2.26 percent, or 1.01 dollars, after rising 3.6 percent earlier. US crude was down $ 1.61, or 3.48 percent, at $ 44.61 a barrel.
On Thursday, oil prices fell to their lowest level in more than a year, a day after their biggest daily gain in two years, under pressure from concerns about the global economy and oversupply.
http://alforatnews.com/modules/news/article.php?storytopic=37&storyid=183556 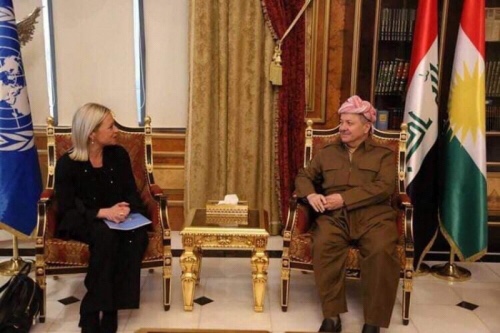 The leader of the Kurdistan Democratic Party, Massoud Barzani, on Thursday, his support and support to Prime Minister Adel Abdul Mahdi, describing him as “an open and well-understood policy of the cause of the people of Kurdistan fair.”

He added that he” was Talk about the war against terrorism and highlight the relations between the Kurdistan region and Baghdad and the political process in the region and the situation in Kirkuk, ”

Barzani stressed” his support for the Prime Minister, “describing him as” an open and pro-dialogue and good understanding of the just cause of the people of Kurdistan. ” 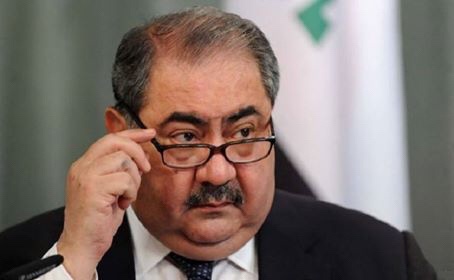 “The refusal of the Iraqi president, prime minister, and parliamentary speaker to meet with the US president was much more shocking than Trump’s surprise visit to Iraq to visit with American soldiers,” he wrote on his official Facebook page.

According to protocol, they should have been hand to welcome the president in order to protect Iraq’s image and dignity.

“The previous cabinet used to receive senior US officials in honor of the esteem and sovereignty of Iraqi soil and status,” he added. 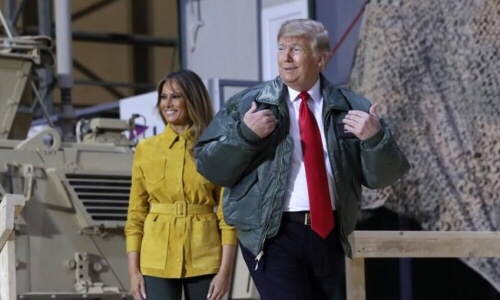 (Baghdad: al-Furat News) A legal expert, the legal ruling of the sudden and undeclared visit of US President Donald Trump, to Iraq on Wednesday.

“This visit is a personal visit first and a private visit. Secondly, it is not an official visit or a protocol visit, it is a visit to American soldiers, not a visit to the State of Iraq,” Tariq Harb said in a statement.

“There is no official reception or official farewell, and no guards of honor or music were present, and without American flags, which the state would send a welcome to the visitor or any measure that the international community has taken into consideration.”

“Well, the government did not take any diplomatic and official action for the visit, especially as America justified this with the security aspect, noting that the American presidents since the Vietnam War in the 1960s and 1970s, the American president to visit American soldiers abroad and spend time with them on Christmas and “This is what Trump did not do in the previous period. It is not a visit to the State of Iraq, but a visit to the soldiers and their special and personal description.”

US President Donald Trump, accompanied by his wife Melana, visited Ain al-Assad air base in Anbar province on Wednesday without meeting any Iraqi official.

This sudden and undeclared visit provoked political controversy and called on the Iraqi government to state its position.

“The US authorities informed the Iraqi authorities of the desire of US President Donald Trump to visit Iraq this evening to congratulate the new Iraqi government and to visit the US military as part of the international coalition forces supporting Iraq in the fight against the Daash and the Iraqi government welcomed the request,” the media office said.

He added that “there was supposed to be a formal reception and a meeting between Prime Minister Adel Abdul Mahdi and the US President, but a divergence of views to organize the meeting led to the replacement by telephone conversation on the developments in the situation, especially after the US president’s decision to withdraw from Syria, And to provide security and stability for the peoples and countries of the region. ”

Prime Minister Adel Abdul Mahdi welcomed the US president and invited him to visit Baghdad. The US president also called on the prime minister to visit Washington and the two sides agreed to continue to strengthen the joint relations between the two countries.

(Baghdad: Al-Furat News) Prime Minister Omar al-Razzaz visit to Iraq on Friday, heading a ministerial delegation.
“The Prime Minister and the accompanying ministerial delegation will hold extensive discussions with the Iraqi side to discuss ways of achieving economic integration between the two countries, increasing the volume of trade exchange, consensus on measures that will activate trade lines and complete the construction of the oil pipeline,” Petra news agency reported. And to increase the level of cooperation in the fields of industry and investment, and benefit from expertise and competencies, and other fields.
“The delegation includes ministers of municipal affairs, transport, finance, industry, trade and supply, the state for information affairs, energy and mineral wealth, telecommunications and information technology.”
“The visit comes within the framework of the Jordanian government’s efforts to expand the horizons of cooperation and exchange with neighboring countries, thus contributing to support the national economy and enable it to overcome the challenges and self-reliance.”
http://alforatnews.com/modules/news/article.php?storytopic=36&storyid=183527

Political sources said on Thursday that Prime Minister Adel Abdul Mahdi refused to meet US President Donald Trump at the base of Ain al-Assad in Anbar province.

The US ambassador met with Prime Minister Adel Abdul-Mahdi on Wednesday morning and informed him of the date of the US president’s arrival at the base and asked him to meet with him, the sources said.

“Abdul Mahdi said he had to go to the base of Ain al-Assad in return for Trump’s arrival in Baghdad and not to address the sanctions against Iran,” he said, pointing out that the US ambassador had refused to bring Trump to Baghdad for security reasons.

She said Abdul-Mahdi told the American ambassador that he would not accept Trump at the base.

The US president arrived in Ain al-Assad in Anbar province on Wednesday for a surprise visit.

The visit sparked a stir in political circles and on social networking sites because of Trump’s violation of Iraq’s sovereignty.

The Iraqi parliament has announced its intention to convene an emergency session to discuss Trump’s visit to Iraq.

BAGHDAD (Reuters) – Former Iraqi Prime Minister Haidar al-Abadi expressed his rejection of US President Donald Trump’s visit to Iraq yesterday, which he described as “disproportionate to diplomatic norms and relations with sovereign states” and “damaging Iraqi-US relations.”
He said in a statement , his office received by the agency {Euphrates News} a copy of it today , “that” the achievements and victories achieved by Iraq and its people and the mighty men of fighters will remain a major milestone dazzles the whole world and through Iraq to impose its position in the region and the world and is not permissible to return them back. ”
He said “Dealing with Iraq and its sovereignty in this way will harm the Iraqi-US relations, and the countries of the region and the world must realize that a strong and sovereign Iraq is in the interests of security and stability in the region and the world.”
Abadi said that “the interest requires supporting Iraq to strengthen its unity, security, prosperity and sovereignty.”
http://alforatnews.com/modules/news/article.php?storytopic=36&storyid=183493