An Iraqi official revealed Tuesday that the US military has established two new military bases in western Iraq, close to the Syrian border.

The move comes less than a week after US President Donald Trump decided to begin withdrawing his country’s troops deployed in Syria.

Anadol provincial council member Farhan al-Dulaimi said that “the US military has established two new military bases on empty land in the province.”

Al-Dulaimi said that “the first base was established north of the Rummaneh district of the province of Syria on the border, which is located 360 kilometers west of Ramadi, the center of Anbar province.”

While the second base was established to the east of the city of Rutba, 310 kilometers west of Ramadi, and less than 100 kilometers from the Syrian border, according to the same source.

Al-Rutba is strategically located in the vast desert west of Al-Anbar. It is a meeting point of major roads coming from three border crossings: Arar with Saudi Arabia, Trebil with Jordan and Al-Walid with Syria.

Dulaimi pointed out that the purpose of the two signatories is to “help the Iraqi forces to control the country’s borders, to prevent the infiltration of gangs,” urging “and the failure of the terrorist organization to enter those liberated cities.”

“Dozens of American soldiers are present in the bases,” he said, adding that “there were no drones and other military equipment.”

Neither the Iraqi government nor the US military command issued an immediate comment on what the provincial council member had announced.

The number of US military bases in Anbar province is now four. The soldiers are also stationed at Habbaniyah, 30 kilometers east of Ramadi, and Ain al-Asad in the Baghdadi district, 90 kilometers west of Ramadi.

About 5,000 US troops have been deployed in Iraq since the formation of the US-led international coalition in 2014 to fight a militant organization.

The White House spokeswoman, Sarah Sanders, has announced that Washington began the process of withdrawing troops from Syria, and that US forces are preparing for the next stage of fighting the organization calling for the terrorist.

[Where – Continue]
WASHINGTON (Reuters) – The US-led coalition in Syria said on Tuesday it launched air strikes last week that destroyed the facilities used by Dahesh, less than a week after US President Donald Trump declared victory over a US-led war on Iraq and said he would withdraw US troops from the war-torn country.
The coalition said its attacks on December 16-22, which included air strikes and “coordinated fire”, destroyed logistical facilities and assembly points used by Dahesh, damaged his ability to fund his activities and “removed several hundred fighters from the battlefield.”
“Da’ash poses a very real threat to the long-term stability of this region and our mission remains as it is: the complete defeat of Daish,” said British Major General Christopher Jika, deputy commander of the coalition.
The statement contradicts Trump’s announcement last week that US forces have succeeded in its mission and defeated a supporter and its presence is no longer required in the country.
The news of the withdrawal drew immediate criticism from some Republicans who said the pullout would release the hands of Russia and Iran, which support Syrian President Bashar al-Assad.
In response to Trump, the British Foreign Office said last week that Zahed remained a threat, although he no longer controls land.
Withdrawing troops may also leave the alliance of Syria’s democratic forces, which includes Kurds and exposed Arabs. The Syrian forces’ coalition has been the most effective in a fight but is now facing a threat as Turkey considers launching a new offensive in Syria.
https://translate.googleusercontent.com/translate_c?depth=1&hl=en&rurl=translate.google.com&sl=ar&sp=nmt4&tl=en&u=http://www.alliraqnews.com/modules/news/article.php%3Fstoryid%3D79955&xid=17259,15700023,15700124,15700186,15700191,15700201,15700237,15700242,15700248&usg=ALkJrhgLDaB1nhlIOmTZ27v-W21HkQfaRA

Information / special …
stressed the economic expert Majid picture, Tuesday, that the United States is determined to reduce world oil prices around $ 50 and to prevent the rise, between Washington controls the global oil market by reducing production and lift it .
“The decline in oil prices could be improved by the commitment of free producers and members of OPEC to reduce production,” Al-Soury said in a statement to Al-Maaloumah. “Oil production cuts will push prices up by $ 65 to $ 75.”
He added that “America is determined at the moment to reduce prices by the limits of $ 50 and prevent the rise,” noting that “these steps were obtained as a result of political factors and the activation of the US oil industry put on the market.”
Al-Soury said that OPEC is not the sole ruler of the oil markets, but that there is a large US production and stockpile that could negatively affect markets. “The American side is exploiting political factors to control oil prices,” he said.
The oil expert Hamzah al-Jawahiri said earlier that the reduction of oil production worked by OPEC will be activated early next year and will contribute to raising world oil prices, while Iraq will reduce 140 thousand barrels of its daily production. 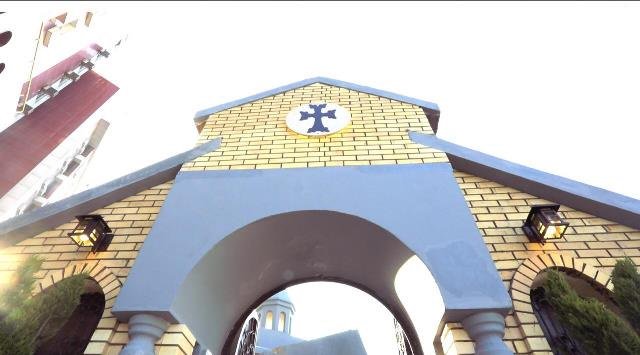 BAGHDAD (Reuters)
– The Central Bank of Iraq (CBK) announced Tuesday the restoration of the church of the Virgin Mary in Baghdad.
“The Tamkeen initiative, sponsored by the Central Bank of Iraq, has contributed to the restoration of the Church of the Virgin Mary of the Orthodox Armenians in Baghdad,” the central bank said in a statement.
“The inauguration of the church, which coincided with the celebration of Christ this day, was attended by the Governor of the Central Bank of Iraq and various Baghdadi personalities and elites,” he said.
He pointed out that “the rehabilitation of the church comes within the initiative of Tamkeen funded by the banking system and non-bank financial institutions under the supervision of the Association of Iraqi banks and the participation of engineers cast Baghdad.”
“In cooperation with the Association of Iraqi Private Banks, they will continue their efforts to complete the rehabilitation of the Chaldean nuns’ church in Basra,” he said.

Information / special ..
MP for the coalition building Abdul Aoun Allawi, Tuesday, budget 2019 Balanfjarih and likeness of theircounterparts in 2010, noting that the budget includes the payment of 30 trillion debt of the World Bank, IMF, Germany and Britain.
“Allawi said that” the budget of 2019 explosive after reaching 132 trillion dinars and close to the 2010 budget, but disappointing to have a large deficit. ”
“The budget contains the repayment of the debts of the World Bank, the International Monetary Fund, Germany, Britain and some other countries,” adding that “Iraq pays from the budget of 2019 debt about 30 trillion dinars.”
He explained that “the Council is working on the transfer between the sections of the budget and reduce the rates of exchange and maximize imports to reduce the proportion of deficit by 2019 budget.”