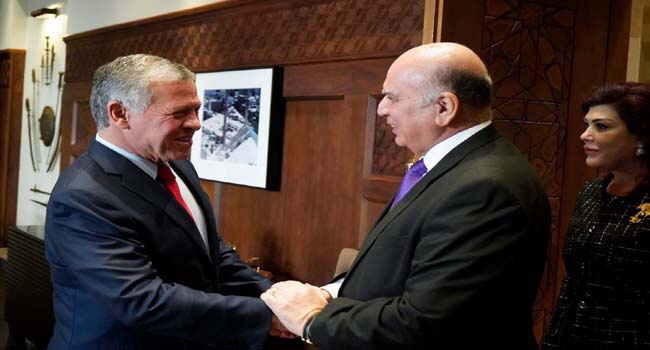 The King of the Hashemite Kingdom of Jordan Abdullah II at the Palace of Husseiniya in Amman received Deputy Prime Minister for Economic Affairs and Minister of Finance Fouad Hussein.

During the meeting, which was attended by the Ambassador of the Republic of Iraq to the Kingdom of Jordan Safia al-Suhail review of historical brotherly relations between Iraq and Jordan and the importance of strengthening and developing them at various levels for the benefit of the two brotherly peoples.

The King praised Jordan’s support for the security and stability of Iraq and its efforts in reconstruction and stability.