It is confirmed Al-Nuri Grand Mosque will be rebuild.

(Baghdad: Al-Furat News) Prime Minister Adel Abdul-Mahdi to the presidency of the House of Representatives, four solutions to the need to complete the cabinet cabins.
“According to the document, got the agency {Euphrates News} a copy of them,” Abdul-Mahdi addressed a letter to the Speaker of Parliament Mohammed Halbousi, a proposal to submit the names of candidates for the remaining ministries to vote to be accepted or rejected and in the case of the latter will progress within {24-48 hours] Alternative “.
Abdul Mahdi also proposed to vote on (5-6) agreed ministries and postpone the rest, and resolve the order of the postponed ministries either by consensus or by giving the right of nomination and the right to refuse.
The third proposal is that the two major blocs agree to submit new names in whole or in part and submit them to the prime minister for agreement. The fourth proposal holds the agreement of the two main parties to leave the subject of names to the prime minister and the House of Representatives to accept or reject them in part or in full.

The Ministry of Education – the Directorate General of Finance, announced the launch of the salaries of employees next month through the bank {Master Card} in implementation of the Council of Ministers for the year 2017, said Batul Mahdi Obaid, Director General of Finance Agency.
The director of public relations and media in the ministry, Firas Mohammed Hassan said in a statement, received the agency {Euphrates News} a copy of it, “The master card allows the holder access to the bank account 24 hours and anywhere in the world to withdraw money from the card holder without the need To do any of the banking operations are recognized where the draw is directly on the ATMs available locally and globally and bearing the slogan of MasterCard and the holder of the MasterCard card can also buy through the Internet.
“The settlement of salaries of employees helps to save automatically and access to various services of bank loans in addition to the services provided by the banks where the settlement of salaries (advances, housing loans) and cooperation with tourism companies and the installment and reduction of tourism trips, Installments by adding the Internet service for distribution to the employee’s bank account. “
http://alforatnews.com/modules/news/article.php?storytopic=39&storyid=182675

Iraqi Foreign Minister Mohammed Ali al-Hakim on Monday urged companies and the business sector in Germany to actively participate in the reconstruction of liberated areas of a pro-Western organization.

The Iraqi minister stressed during his meeting with his German counterpart Haikou Mas, who is currently visiting Iraq, that “Iraq’s interest in relations with Germany and the need to develop them and the important and vital role played by Germany in its support of Iraq in the face of terrorism during the last period through the international coalition as well as the outstanding support of Germany in international forums In the field of nominations, and we hope that Germany is one of the countries actively involved in the reconstruction of liberated areas of gangs. “

In this context, the Iraqi Foreign Minister said during his meeting with his German counterpart that he hoped that “citizens return voluntarily to Iraq.”

The Iraqi minister pointed out that the security situation has become “very good and stable”, according to the minister, and that his country has become secure and therefore “we call on our citizens to return voluntarily to the country.”

In his turn, the German Foreign Minister expressed his hope for further development and prosperity in all economic, security and military fields, especially in the field of energy and projects belonging to the German Agency for International Cooperation and the full support of Iraq and its government by his friends in Germany to ensure the unity, security and sovereignty of Iraq.

The German minister reiterated his country’s position on Iraq’s support to prevent the return of the former to its former strength through fruitful action to defeat it militarily and politically.

We must work to prevent the strengthening of his return in secret by all means and under all circumstances to prevent the threat of terrorism in Iraq and in the region and also in Europe, “Minister Haiku Mas said.

With hundreds of thousands of Iraqis fleeing the country, more than 100,000 of them have fled to Germany. The German government is currently documenting the presence of about 245,000 Iraqi refugees in Germany, according to federal government sources in Berlin.

{Baghdad: Al-Furat News} The House of Representatives holds its usual session of the (19) tomorrow, Tuesday, by voting on the completion of the ministerial lineup.
A statement to the Presidency of the House of Representatives, received the agency {Euphrates News} copy of it, “The agenda of tomorrow’s session will include consideration of appeals filed on the validity of the membership of some deputies.”
He added, “also includes tomorrow’s schedule to complete the vote on the ministerial lineup,” noting that “the meeting will be held at 12 noon.”
http://alforatnews.com/modules/news/article.php?storytopic=36&storyid=182674

(Baghdad: al-Furat News) Speaker of the House of Representatives Mohammed Halbusi, arrived Monday evening, to the capital Baghdad.
“Al Halbusi arrived in Baghdad after concluding his official visit to Saudi Arabia,” a statement from his office said.
http://alforatnews.com/modules/news/article.php?storytopic=36&storyid=182677

The Prime Minister, Adel Abdul Mahdi, that Iraq is on the threshold of a new era of stability and development and expand its relations with all countries of the world, which stood with him in defeating and urging the continuation of this cooperation in the stage of construction and reconstruction.

“Abdul Mahdi, according to a statement of his office received / A copy of which was received during a meeting with Dutch Foreign Minister Steve Block and his accompanying delegation on the desire of the Iraqi government to develop relations between the two countries in all fields, first and foremost to benefit from the experiences of Dutch companies in reconstruction efforts after Iraq passed the most serious challenges and defeated terrorism in unity and solidarity of its people “He said.

For his part, Dutch Foreign Minister Tahani, the Dutch Prime Minister and expressed his government’s intention to increase cooperation with Iraq in all areas, especially the economic side and willingness to contribute actively in its reconstruction.

The Dutch minister praised “Iraq’s success in overcoming the most difficult challenges,” stressing “his country’s support for Iraq and stand with his government to consolidate stability and support its plans to achieve the aspirations of its people in economic and urban prosperity.”

Always a pleasure to discuss the Middle East, Iraq & developments in Kurdistan, (especially as we are forming a new government) with @brett_mcgurk. I stressed the need for unity & for our new government to continue reforms while focusing on job creation @USAmbIraq @USConGenErbil 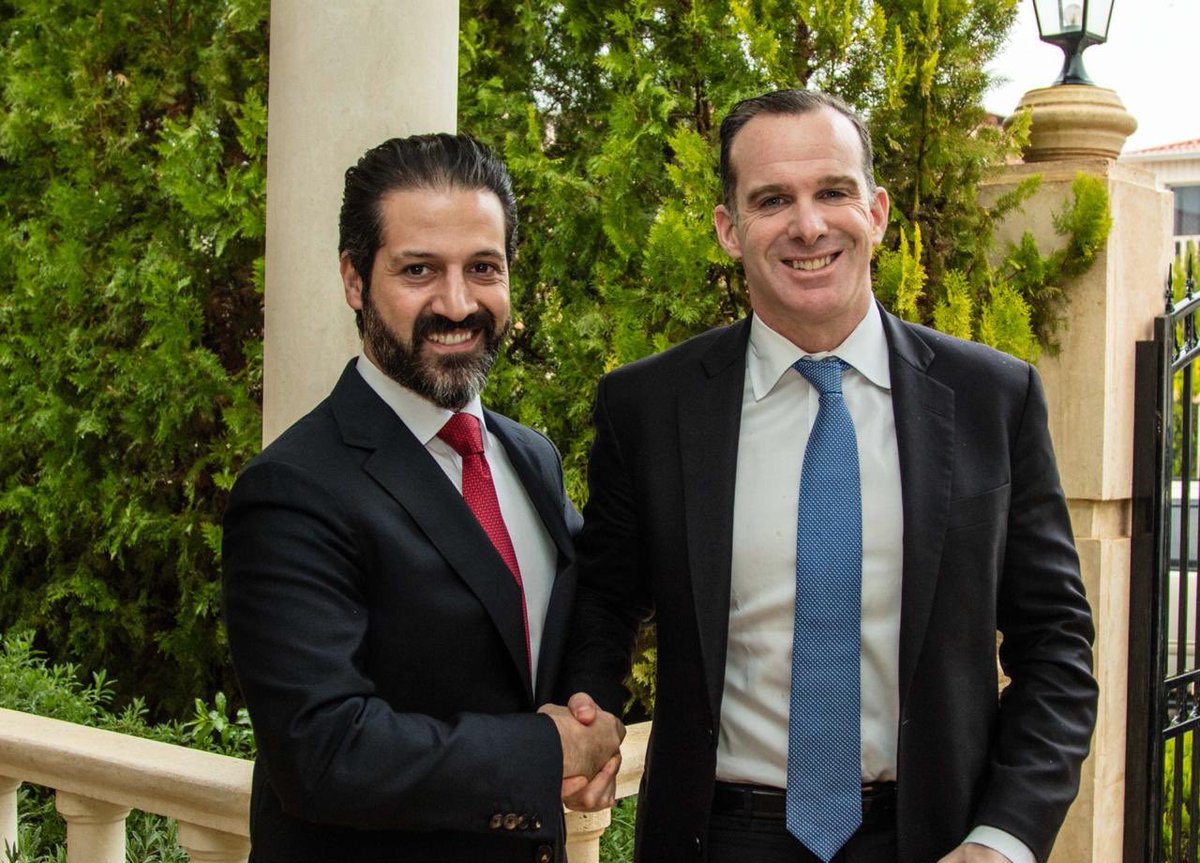 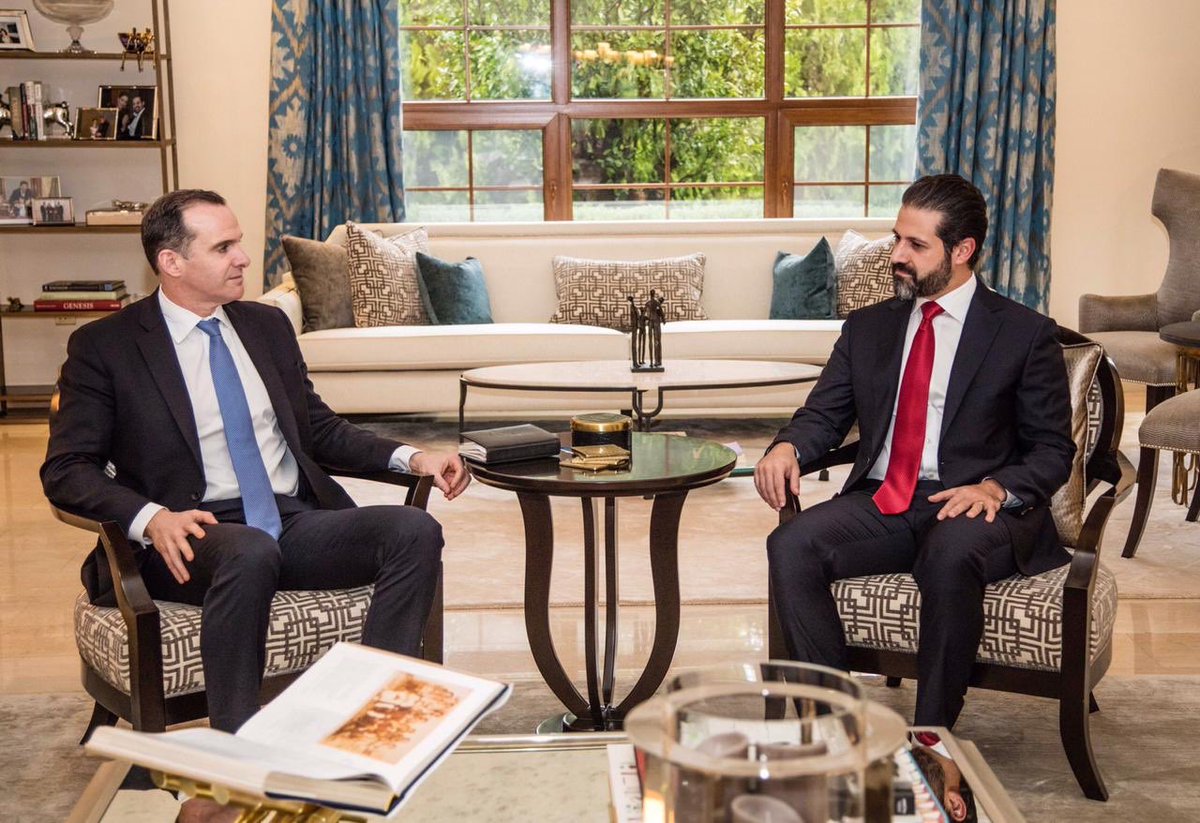 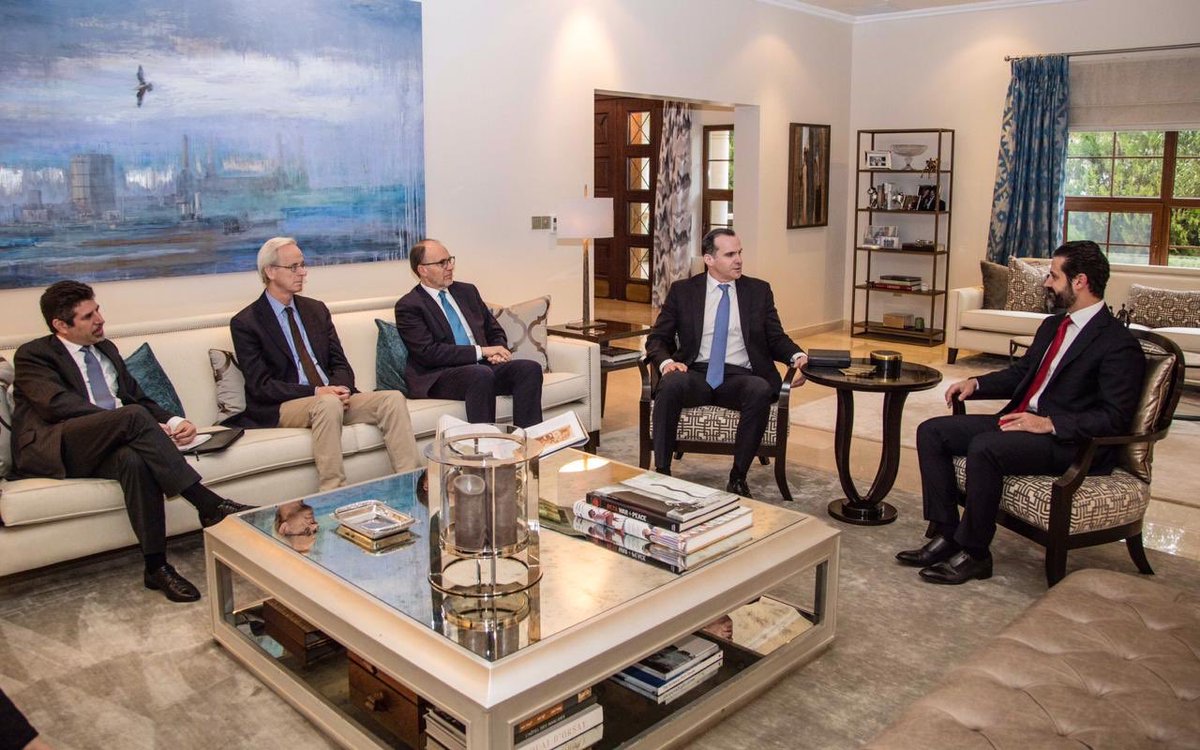 Kurdistan Democratic Party (KDP) deputy Bashar al-Kiki predicted on Monday, 17/12/2018, the occurrence of two scenarios during the session of the House of Representatives tomorrow, which is hoped to complete the cabinet cabin.

“Until this moment, we have not been informed that Tuesday’s session will witness the vote on the completion of the ministerial cabin, and the agenda has not yet arrived,” Kiki said in a statement to Baghdad Today.

He added that “according to the data, will not be held tomorrow’s session, and will not be a vote on the completion of the ministerial cabin,” adding that “there is a very low possibility that may be part of the cabinet cabin at Tuesday’s meeting.”

In the same context, the deputy of the Sadikoun bloc, the political wing of the movement of Asaib Ahl al-Haq Ahmed al-Kanani, on Monday, 17/12/2018, signs of changing the candidate for the post of Minister of Interior Faleh al-Fayadh, another candidate.

“There are signs of a change in Fayyad to solve things, and the possibility of changing it has become very big,” Kanani told Baghdad today. “There is no clear name as an alternative to Fayyad to this moment.”

He said that “the words of Faleh al-Fayadh during the celebration of the victory day organized by the coalition of construction, was clear and left the option of survival or nomination of Prime Minister Adel Abdul Mahdi.”

The deputy said Sadiqon, saying that “the issue of the candidate of the Interior heading to the revolution, Fayyad publicly and clearly and explicitly stated the subject of his candidacy with the Prime Minister and if not nominated, there is no problem.

The House of Representatives has failed, more than once, to pass the eight candidates to the vacant ministries, and not even to reach a final agreement on names on which there is political disagreement.

The House of Representatives intends to hold a meeting to complete the ministerial cabin on Tuesday, amid parliamentary demands to replace the candidates for the remaining eight ministries, and in particular the candidates of the interior and defense.

“I am happy to be here in Baghdad, and I am ready to take action,” the Special Representative said in a statement to UNAMI. We will continue our efforts to support Iraq recovering from the fight against terrorism and look forward to a brighter future, “she said.” I count on the support of UNAMI and the United Nations family in Iraq, who have the experience and the excellent cooperation of the host country, Together we can accomplish our programs in the service of Iraq and the Iraqis. I also intend to make the welfare of Iraqis a top priority and work to achieve this goal in the areas of security, humanitarian, political, economic and development. “

Plaschart, of the Netherlands, has more than 20 years of political and diplomatic experience, serving in many high-ranking government and parliamentary positions. She served as Minister of Defense of the Netherlands between 2012 and 2017. She also served as a member of the Dutch House of Representatives during the period from 2010 to 2012 and a member of the European Parliament during the period from 2004 to 2010. She worked in the European Commission in Brussels and Riga in Latvia as well as Amsterdam .