The sources told the «Journal News» that “after the political changes and the difference between them among the candidates vacant ministries, especially objection to the candidate of the Ministry of the Interior, intends to build the introduction of new names for the ministry.”

“The postponement of the parliamentary session to Tuesday next week will strengthen the study of names by Abdul-Mahdi, and the agreement on one candidate to put up with the names of candidates vacant ministers during the next session.”

The candidate of the Ministry of Defense, revealed the Sunni parliamentary circles that “the National Coalition in agreement with other parties, including the victory intends to put the name of former Defense Minister Khalid al-Obeidi to fill the post.”

The sources said that “what is currently being conducted preliminary understandings, and did not take a decision for a final agreement to do so.”

Revealed political sources, on Sunday, a meeting is expected in Najaf between Muqtada al-Sadr and the head of the Fatah alliance Hadi al-Amiri.

The sources told the «Journal News» that “Amiri will meet today with Sadr to resolve the crisis of the Interior Ministry candidate.”

She added that “the meeting with the support of the supreme religious authority in Najaf to complete the cabinet cabin before the end of this year.”

The parliament failed earlier on Sunday to hold a new session, the fourth of its kind in less than a month, to complete the eight vacant ministries in the government of Prime Minister Adel Abdul Mahdi.

The former prime minister and head of the political council of the Islamic Dawa Party, Haidar al-Abadi, revealed on Sunday that he had submitted a proposal to his party to cancel the post of secretary-general of the party and replace all his leaders.

Abadi said in a televised statement followed by ‘news’   ‘Made a proposal during the meeting of the Islamic Dawa Party on the abolition of the post of Secretary General of the party and the replacement of all current leaders’.

He added that ‘the post of Secretary-General has caused several problems over the past period and the party to rethink and replace all of its leaders with young personalities new’, indicating that ‘I do not intend to run for any leadership position in the party in the case of choosing a new leadership’.

The past period has witnessed a deep political dispute between Abadi and the party’s general secretary, Nuri al-Maliki, over competing for the leadership of the party and the electoral bloc that participated in the last elections, which led to the division of the party into two rival blocs.

ERBIL – The US forces will build a new base between the two provinces of Ninevah and Anbar in hopes of taking more control of the area, an Iraqi official said on Sunday.

Mohammad al- Dilemi, a member of the Anbar Provincial Council, told Almaalomah news agency that the US forces have been stationed some 30 kilometers north of the Euphrates river which is a strategic territory for having control over the desert areas between the two Iraqi provinces, as cited by Iraqi News.

The official noted that the border area was previously used by the Islamic State (IS) insurgents to carry out terrorist activities against the Iraqi forces.

However, the US forces and other members of the international coalition have not made any comments on the report yet.

“Hussein received Duclos Silman and the accompanying delegation in his office today to review the bilateral economic and trade relations between the two countries and discuss the best ways to strengthen them and develop them in the interests of the two peoples,” Hussein’s office said in a statement.

“The two sides discussed the development of trade exchange and the promotion of economic cooperation, and discussed the latest political developments at the local and regional levels,” he said. 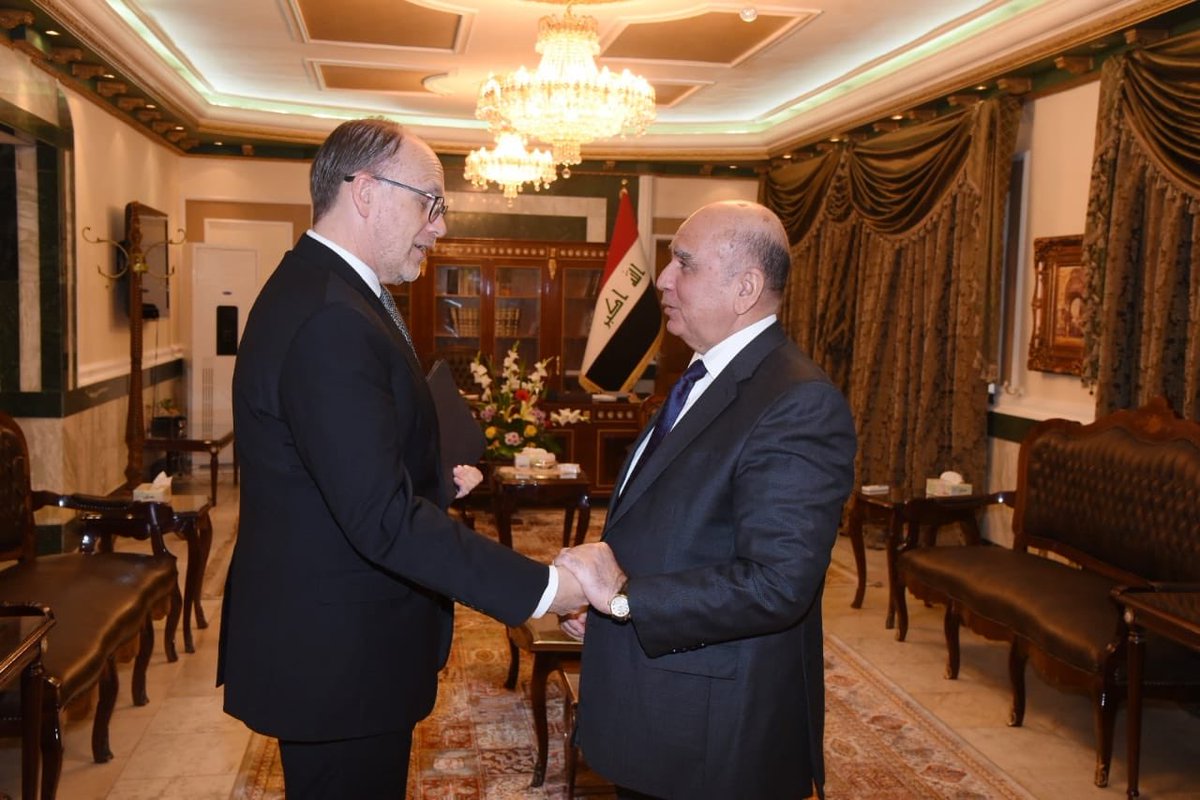 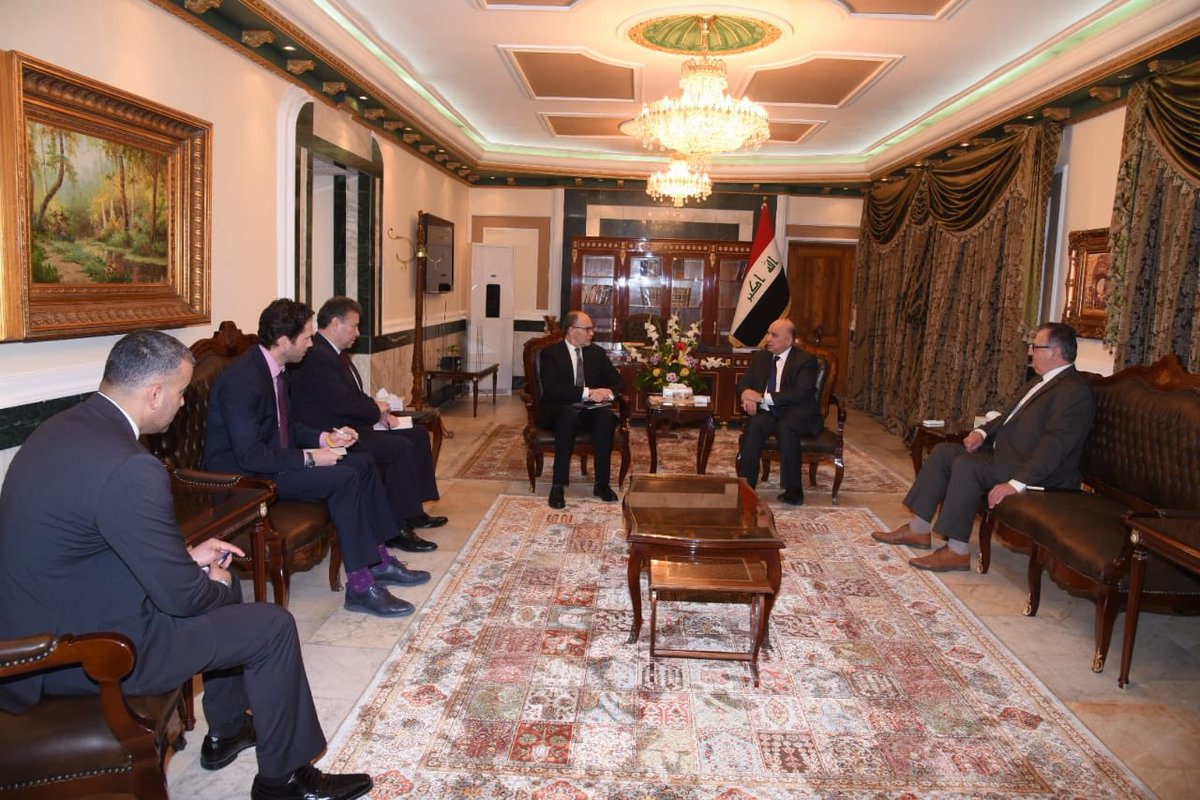 ERBIL — The share of the Kurdistan Regional Government (KRG) from Iraq’s 2019 federal budget will be increased after objections by Erbil, said a Kurdish lawmaker.

The Iraqi parliament has returned the budget bill to the new government led by Prime Minister Adil Abdul-Mahdi for reconsideration of certain allocations which have caused concerns among parliamentary factions.

Among them are Kurdish lawmakers who objected the KRG’s share which was decreased from 17% to 12.62%, arguing that the Iraqi constitution has guaranteed 17% of the annual budget for the region.

Ahmed Saffar, a Kurdish MP from the Kurdistan Democratic Party (KDP) told BasNews that they discussed their concerns over the bill in a meeting with the government two weeks ago, and there are indications of government’s consent to increase it.

The MP said they have also discussed the allocations for salaries of Peshmerga forces, family members of Anfal martyrs, as well as political prisoners who survived the Baath regime.

Baghdad / / … MP for the coalition of victory Huda Sajad, on Sunday, the rejection of the President of the coalition Haider Abadi offer to assume the post of Vice President, while indicated that there are calls within the coalition and outside of the need to take Abadi to this position.

“The head of the victory coalition, Haider al-Abbadi, offered him the post of deputy president, but he rejected this in toto,” Sajjad said in a statement.

“The House of Representatives is waiting for the arrival of President Barham Saleh and the introduction of a deputy to vote on it.” Finis

{Baghdad: Al-Furat News} The House of Representatives decided to postpone its session today to the day of Tuesday next week .. Followed
http://alforatnews.com/modules/news/article.php?storytopic=36&storyid=181983