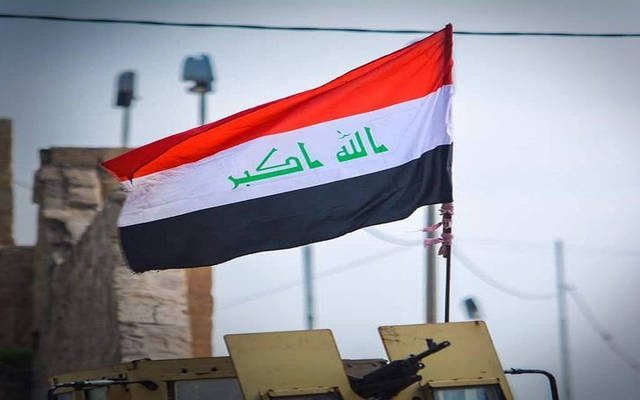 The council added in a statement on its official website that the holiday was on the occasion of “the declaration of victory over the organization calling the terrorist.”

“Victory over a supporter came thanks to the blood of our noble martyrs and the heroism of our heroic forces in all their forms,” ​​the council said in a statement.

Like the government institutions, the Iraq Stock Exchange decided to suspend its operations on that day.

The Iraqi Prime Minister announced on December 9 last year, the complete cleansing of the entire island of Nineveh and Anbar remnants of the elements of the organization calling the terrorist and control completely along the Iraqi-Syrian border.

The Iraqi forces announced in mid-November last year the fall of the succession of the Islamic state organization, “urged” after the return to the town of Rawa border, the last town under the control of the organization inside Iraq.

Twilight News / Iraq Stock Exchange decided to suspend its work for a week.

The market, in a statement on its official website, said Tuesday’s session is the last trading session of the year 2018.

The market continued to return to its official day on January 2, 2019.

The Iraqi Stock Exchange will also be suspended next Monday (December 10th) to celebrate the victory over the organization “Daash.”

(MENAFN Press) GE Electric has presented a series of solutions to address the challenges facing the Iraqi electricity sector during its participation in the “Iraq Leap Forward” conference held today in Baghdad. The conference was attended by 400 senior government officials, representatives of international financial institutions, multinational corporations and others.
During the conference, GE reviewed a comprehensive plan of action for the deployment of fast and well-thought-out power generation technologies, improvements to existing power plants to provide the grid with an additional 1.5 gigawatts of power by 2019, and maintenance and rehabilitation services To ensure continuous power output at current generation plants. In addition, the plan provides for the necessary improvements and services to existing generation plants and the conversion of simple cycle power stations to the combined cycle system, allowing for the provision of new electric power without the need for additional fuel consumption or causing further emissions; A combination of unique solutions to integrate and capture flammable gas and power generation using state-of-the-art gas-to-energy conversion technologies. General Electric also plans to develop substations and extend air lines in the country.
General Electric employs up to 300 employees in Iraq, with three offices in the country – in Baghdad, Basra and Erbil. GE and its partners today provide the power to operate more than 90% of Iraqi Airways aircraft, and the company’s technology contributes up to 55% of the country’s current electricity production. About 4,000 GE Healthcare products are deployed in hospitals and clinics across the country.

[Ayna-Baghdad]
The House of Representatives held its 17th session under the chairmanship of the President of the Council Mohammed Halbusi, in the presence of the two Vice-Presidents of the Council and 174 deputies, which discussed and discusses the formation of an investigation committee on contracts of the Ministry of Electricity, while merging two of its committees.
“At the beginning of the session, which opened with the recitation of verses from the Holy Quran, MPs Jabbar Ali Luaibi and Faleh Abdul Hassan al-Sukkar were sworn in before the council,” a statement from the House of Representatives news agency said.
The Chairman of the Council, the Education Committee in the preparation of a report on the subject of appointments of the Ministry of Education in the provinces and presented in the next meetings of the House of Representatives, on the request of MP Abbas Zamili and a number of deputies. He announced the return of all 111 bills to the General Secretariat of the Council of Ministers and the Presidency of the Republic for reconsideration in line with the government program, as well as a list of the names of 28 ambassadors submitted by the previous government, because of objections to some candidates by the current government.
It also directed the committees and each according to their competence to prepare reports on the heads of governmental institutions and bodies who have long been in office and presented the final report to the Council for appropriate decision.

The council voted on dividing the Human Rights Committee from the Committee of Martyrs, making the Committee of Martyrs and Prisoners independent, and integrating the Human Rights Committee with the Committee on Women, Family and Childhood on the request of more than fifty deputies.
The President of the Council requested the Committee on Amendments to the Rules of Procedure to hold a meeting on Saturday to discuss the subject of the terms of reference and functions of the Standing Committees of the Council and submit the final proposals for a vote.
In the interventions of deputies on the legislation of laws, a number of members stressed the need to give priority to important laws affecting the lives of citizens, especially with regard to the health, educational, social and financial, as well as laws relating to international conventions concluded with Iraq for ratification by the House of Representatives.
On the other hand, the Council discussed the formation of an investigation committee on the contracts concluded in the Ministry of Electricity on the request of MP Uday Awad and 99 deputy, where the number of members to the existence of many problems in these contracts, not to contract with companies competent and competent in this area, The lack of clear performance, which negatively affected the provision of services to the citizen, demanding the abolition of the system of collection and the formation of an investigative committee of the Committee on oil and energy and reconsider the companies contracted with them.
The President of the Council hosted the representatives of the General Secretariat of the Council of Ministers and the Ministries of Finance and Displaced on Saturday in the Committee of Displaced to discuss the subject of the sinking of a number of displaced persons camps in the Kurdistan Region, at the request of MP Raad Aldalkhi.
The President of the Council raised the meeting until Saturday at 1 pm.

The Speaker of the House of Representatives, Mohamed Halaboussi, Thursday, that the Council will continue to hold meetings until next Monday.

The parliament also voted earlier to merge the Commission on Human Rights with the Committee on Women and Children and that the Committee of Martyrs and Prisoners be independent.