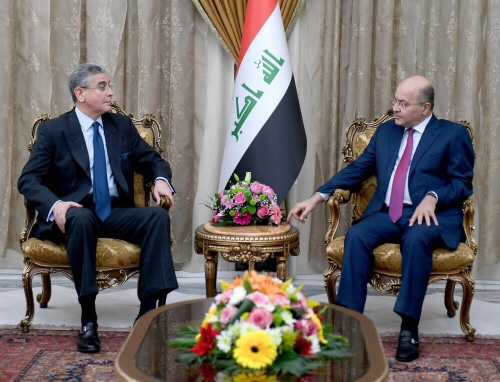 “The World Bank is determined to support the Iraqi economy positively and work to support partnership with Iraqi financial institutions by increasing areas of cooperation and adopting the best investment of resources and energies,” said the World Bank Vice President for the Middle East and North Africa.

He also discussed with the President of the Republic ways of cooperation between Iraq and the World Bank. The President of the Republic referred to the importance of the World Bank’s support for social and economic development projects in Iraq, as well as appropriate reforms, combating corruption and the need to develop and diversify the sources of the national economy.

“The achievement of financial, monetary and economic stability in Iraq is not only a goal but also a basis for political stability and an important strategic project for sustainable development and civil development in the country,” President Barham Salih said.