(Baghdad: Al-Furat News) The House of Representatives will hold on Tuesday, its regular session to complete the vote on the ministerial lineup.
A statement of the Council, received the agency {Euphrates News} a copy of it, “The agenda of the meeting {16} of the first legislative year / the first legislative term of the fourth parliamentary session includes the completion of the vote on the ministerial lineup.”
“The session will begin at 1:00 pm tomorrow,” he said
http://alforatnews.com/modules/news/article.php?storytopic=36&storyid=180907

Information / special … He added that “the Ministry of Finance failed to fail in the preparation of the budget for 2019 and complete the final accounts for the current year, as well as the failure in the field of appointments and the lack of knowledge of the existence of 14 thousand degrees of functional space in government departments,” noting that “all objections to the “The budget has come because of the financial failure to prepare them accurately.” The MP for the Alliance of Sowron Muzaffar Ismail has confirmed, earlier, that the members of the House of Representatives submitted 300 observations on the federal budget law for 2019, among the notes included the disbursement of 5% of the petrodollar funds to the oil-producing provinces.
between the Strategic Planning Committee and the monitoring of government performance by Mohammad Karim, on Monday, that the draft federal budget for 2019 , the law did not accurately prepare by the Ministry of Finance allocated to write items of the budget committee, while thedescription of the Ministry of Finance as “failed” as a result of financial failures Budgeting.
Karim said in a statement to the “Information”, “The members of the House of Representatives had the intention and desire to reject the large and return the federal budget for the year 2019 of the government for the purpose of reformulating it again does not meet the needs of citizens,” pointing out that “the fear of the negative effects on the economy Citizens prevent the return of the budget to the government. “ 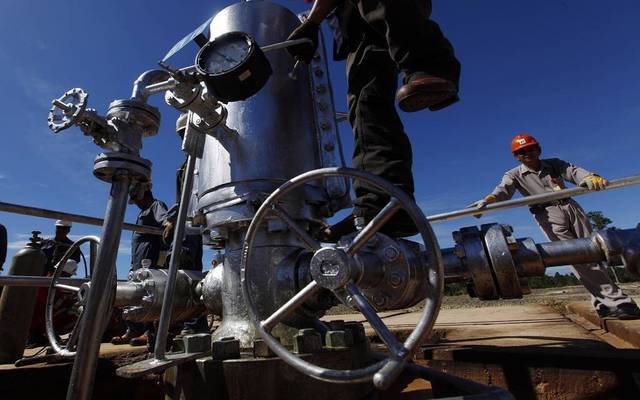 Oil pipes in one of the oil refineries

Direct: A member of the Finance Committee of the Iraqi parliament, the price of a barrel of oil budget will drop from $ 56 to $ 50.

Abdul Hadi Mohan pointed out that this step came especially after the decline in world oil prices, according to the Iraqi News Agency.

Mohan noted that there is a committee between the parliament and the government to amend the budget sections, and was expected to meet today to complete the amendments, but a new view of the government on the budget, to be held.

Mohan added that low oil prices lead the government to reduce the price of a barrel of oil in the budget, to be within the financial ceiling specified, and avoid entering into a financial crisis.

Information / special …
The MP for the coalition of conquest Fadel Fatlawi, on Monday, Prime Minister Adel Abdul – Mahdi will attend the meeting tomorrow Tuesday to provide eight ministers to vote and complete the ministerial cab between the candidate who will be rejected will provide a replacement without delay.
“The majority of the political blocs reached an agreement on the candidates for vacant ministries, which will be put by Abdul-Mahdi in a meeting on Tuesday,” he said, adding that “Abdul Mahdi is determined to complete the ministerial cabin and not to postpone any ministry.”
He added that “the candidate who will be rejected during the vote in Parliament will be an alternative candidate for him,” noting that “the Prime Minister completed all legal procedures and address the bodies of integrity, accountability and justice to check the names of candidates.”
He pointed out that “the conquest is still insisting on granting Faleh Fayadh Interior Ministry and will be put to the vote after the failure to reach an agreement with a coalition going on in this regard,” noting that “the vote will be Faisal in the passage of Fayyad or not.”
The Fatah Alliance has revealed, on Sunday, the nomination of the head of the National Security Service Qasim al-Araji substitute for Faleh al-Fayadh in case the latter did not pass the bag of the interior within the House of Representatives.
The House of Representatives has allocated, the first Saturday, the next session on Monday, to complete the ministries vacant within the cabin of Prime Minister Adel Abdul Mahdi. End 25 T

(Baghdad: Al-Furat News) The House of Representatives will hold on Tuesday, its regular session to complete the vote on the ministerial lineup.

Shafaq News / The coalition of Sawson, on Monday, that the political forces are still continuing to negotiate with Prime Minister Adel Abdul-Mahdi to complete the cabinet cab, likely to submit the names of candidates for the remaining ministries on Tuesday.

The MP for the coalition, the two prices of Ajaji to the twilight News that “to this moment, Abdul Mahdi, negotiating and dialogue with the political forces to complete his cabinet,” noting that “the House of Representatives did not determine the holding of this session to this moment, in order to give a greater opportunity for the Prime Minister to negotiate and dialogue with the leaders of blocks Political. ”

“According to the information that reached us from some of the leaders of the delegations negotiating, there is a great possibility to submit Abdul Mahdi on Tuesday, supplement his cabinet to the House of Representatives with a view to vote on it.”

“At this moment, candidates are changing to the eight vacant ministries. At each moment, a candidate changes and another one comes,” he said. “The candidates will be settled a few hours before the meeting.”

Oil prices rose on Monday, recovering from losses of 8 percent in the previous session, with Brent jumping above $ 60 a barrel, but sentiment remains weak amid a large-scale decline in financial markets in recent weeks.

The gains were offset by part of Friday’s losses, already called “black Friday” by traders.

The downward trend comes as supplies increase and demand growth slows, which is expected to lead to surplus supply next year.

Oil markets were also affected by the overall decline in capital markets.

Markets were hurt by the strength of the US dollar, which rose against most other currencies thanks to interest rates that led to the withdrawal of investors’ money from other currencies and high risk assets such as oil.

The head of the parliamentary bloc representing the Sunnis in the Iraqi parliament on Monday said that his bloc will not vote on the ministers of defense and interior because of the lack of knowledge of the names until this moment.

Jubouri said in a statement today, “We reject the policy of de facto and dictations practiced by some quarters.”

On the other hand called for the bloc of reform and reconstruction during a press conference held within the House of Representatives and the Prime Minister to submit curricula vitae of candidates before 48 hours of voting session on the rest of the cabinet cabin.

Barzani’s press office said in a statement today that against the backdrop of an official invitation from Abu Dhabi Crown Prince, Barzani and his accompanying delegation visited the United Arab Emirates on Sunday, 25/11/2018.

The statement said that during the meeting, Abu Dhabi Crown Prince expressed his happiness about Barzani’s visit to Baghdad and the progress made in relations between Arbil and Baghdad, expressing his readiness to cooperate and coordination between the two sides in this field.