Barzani, who also served as the president of the Kurdistan Region formerly, held a number of discussions with the Iraqi leaders in hopes of resolving the remaining issues between Erbil and Baghdad.

This was Barzani’s first visit since Kurdistan Region’s independence referendum last year, which was followed by a period when the relations between Iraq and Kurdistan Region started to deteriorate. However, his visit was welcomed by the US, pointing out that it will be a positive step towards resolving the disputes between the sides.

“The US and our Coalition welcome the visit to Baghdad by KDP President Masoud Barzani for important meetings with Iraqi PM Adil Abdul-Mahdi,” US special presidential envoy to the international coalition against the Islamic State (IS), Brett McGruk wrote on his official Twitter account.

“Strengthening ties and cooperation between the new Iraqi government and the Kurdistan Regional Government [is] essential for the lasting defeat of ISIS,” McGurk emphasized.

However, the Kurdish leader further called for a true partnership among all Iraqi components.

Barzani’s policy : We will support the legislation of laws that meet the aspirations of Iraqis 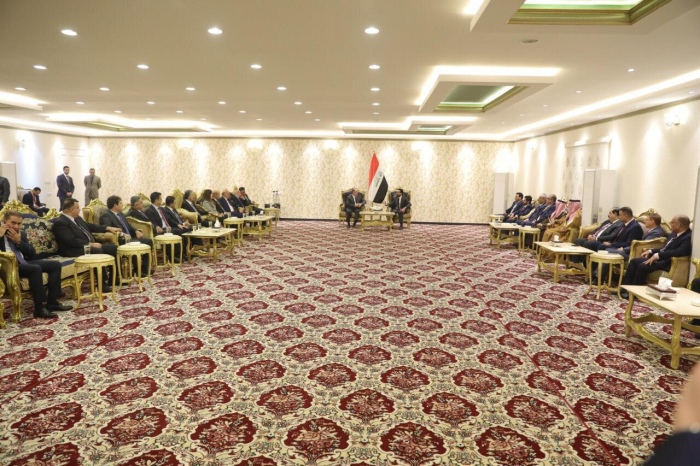 The leader of the Kurdistan Democratic Party, Massoud Barzani, confirmed his support for the legislative authority in Iraq and the enactment of laws that meet the aspirations of Iraqis.

This came during a meeting Barzani this evening, Speaker of the House of Representatives Mohammed Halbusi.

According to a statement by the Office of Halbusi, the meeting discussed the latest developments in the political scene and the relationship between the Center and the region and issues of common interest and coordination at all levels.

The meeting stressed the necessity of unifying efforts to support the government in supporting the implementation of the government curriculum and ensuring solutions to existing problems and crises.

He welcomed the Speaker of the House of Representatives Barzani’s visit to the capital Baghdad, stressing that the country needs to unite all of its people; to promote the reconstruction and construction, calling for more joint political action among all national forces; to dissolve the differences and problems in the interest of Iraq supreme.

For his part, Barzani stressed his support for the legislative institution to work on legislation of laws that contribute to the advancement of the country and support political stability and reflected positively on the daily reality of citizens in meeting their aspirations.

“The lifting of the customs points was sufficient to restore the atmosphere between the region and the center, especially after the repercussions of the referendum,” he said, adding that “these points imposed on the province is illegal and constitutional established by the previous government.”

He added that “the government of the region provides figures and imports of oil and the border crossings of Baghdad and then come funds for the region of their share in the federal budget,” pointing out that “the government of the region does not have liquidity to provide the center is the numbers of circulation and harm in that and then cut off Mmodod of the borders and borders To the Territory “.

“The customs tariff should be unified according to the origin of the source,” he said. “There are materials imported from the Gulf, which are mainly expensive and can not be charged with high-priced drawings.”

On the visit of the President of the Kurdistan Democratic Party Massoud Barzani to Baghdad, Fili said that “the follower of this visit sees it comes at a very important timing where the process of forming the government is blocked and this support is clear by Barzani to Prime Minister Adel Abdul Mahdi as the head of the largest parliamentary bloc in Baghdad and the region.

Abizaid said that “the schedule of a busy visit and meet with all political parties, including his visit to the city of Najaf and meet with the leader of the Sadrist movement, Mr. Muqtada al-Sadr, and despite the thorny files are able to break this psychological barrier,” stressing the need for confidence, and Barzani came to strengthen the confidence that we lacked in previous governments “He said.

Al-Faily concluded by saying that “the issue of government ministries and positions is government benefits and to resolve these issues is to calculate points.” 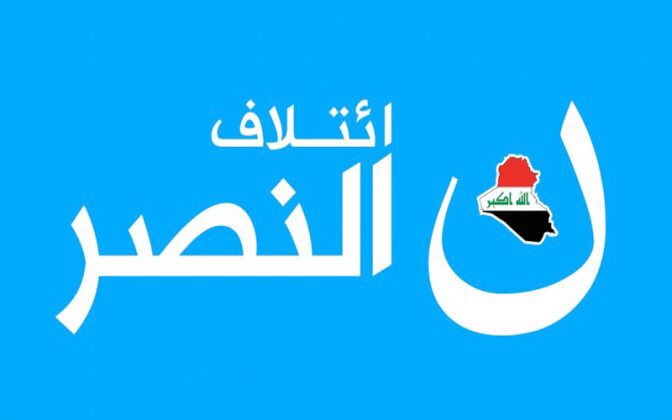 The victory coalition headed by former Prime Minister Haider al-Abadi criticized on Thursday the recent decision of the House of Representatives to cancel the government’s decisions during the period of business, saying that the state can not be built in this way.

The MP for the coalition Nada Shaker Jawdat said in a statement to the information that “the decisions of former Prime Minister Haider Abadi during the period of discharge if the constitutional and legal will go and otherwise will not go,” noting that “the state can not be built in this way, but the Prime Minister Then complete what the former prime minister started. ”

The House of Representatives voted on Wednesday for a decision to cancel all decisions taken by the previous government since the first of last July as it entered the period of business. Ending / 2 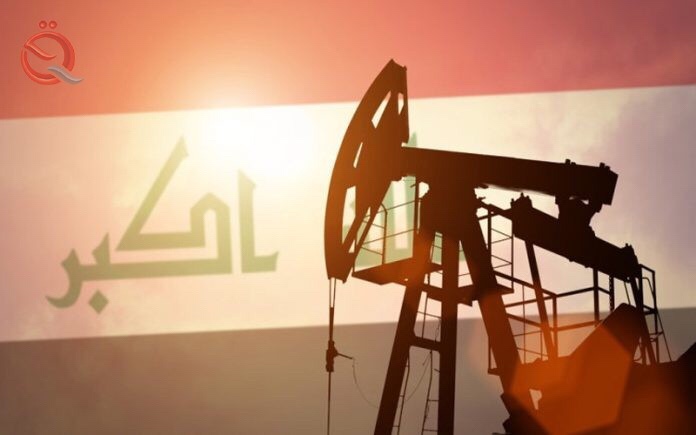 The Ministry of Oil, on Thursday, doubled the size of the country’s reserves to 153 billion barrels of oil after it was 135 billion barrels over the past two decades, while prepared a plan to promote the gas fields and raise production capacity.

“The ministry is continuing to implement its plan in the field of exploration of gas fields and raise its production capacity for the need of Iraq to large quantities of gas in the operation of electric power stations,” said Deputy Minister Fayyad Nima in a statement reported by the newspaper “Sabah” “The presence of promising fields in the regions of southern and western Iraq, the ministry seeks to invest them in the best manner.”

He added that “the broad participation of companies in friendly and sister countries in the field of exploration in this conference is only the first breakthrough to promote joint cooperation to promote the reality of exploration in the whole country and benefit from research and discussions to serve the oil industry, especially that Iraq is a pioneer in hydrocarbons, Great efforts and diligent work to be explored by specialized companies. ”

He added that “the oil exploration company and since its establishment in the seventies of the last century has made great efforts through the seismic teams that covered the areas of Iraq in the exploration of bilateral and three-dimensional,” noting that “the efforts of the company has successfully succeeded in doubling oil reserves from 135 billion barrels, barrel”.

“The company has also succeeded in increasing its exploration teams to reach six teams and work on contracting with international companies to reach more accurate results, especially that the company uses the best scientific and technological means to address the data they get from seismic teams.”

“During a meeting with his office in Baghdad today, Barzani and his accompanying delegation discussed the political and public situation in the country and issues of mutual interest and continued joint coordination in the fight against terrorism and its sleeping cells,” a statement from his office said.

Barzani congratulated Abdul Mahdi on forming the government, stressing “his high confidence in him and his full support for him and the government and cooperation in order to strengthen relations.”

For his part, welcomed the Mahdi Barzani and the delegation accompanying him, stressing “the importance of resolving the problems and promote the gains achieved,” praising the role of “Massoud Barzani in bringing down the dictatorship and its great struggle against it in the political process and its great role in the new phase of Iraq.”

(Baghdad: Al Furat News) An official reception ceremony was held for the presidency of the Republic Barham Salih on Thursday in the Italian capital Rome.

“Saleh was received at the presidential headquarters in Rome by the President of the Italian Republic Sergio Matarilla, where the national anthems of the two countries were played and the Italian guard of honor was then shown,” a presidential statement received by the Euphrates News Agency said.

“During the visit, the President will hold talks with Pope Francis, Italian President Sergio Matarilla and Prime Minister Giuseppe Conte, as well as a number of Italian officials focused on regional and world issues as well as bilateral relations and ways to develop them.” 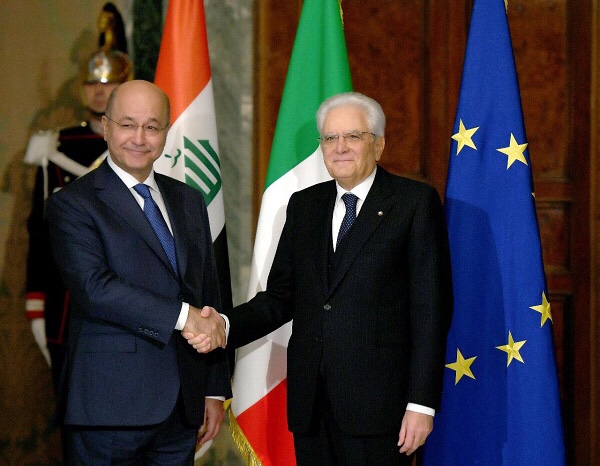 (Baghdad: Al-Furat News) The head of the Kurdistan Democratic Party Massoud Barzani, on Thursday, that his visit to Baghdad came to support the new opportunity for Iraq.

“It’s good that I met my brother Hadi al-Amiri.”

For his part, Amiri said, “We welcome the brotherhood of the alliance of the conquest of Brother Aziz great fighter Massoud Barzani in Baghdad, and we hope that this blessed visit is a good beginning for a good and strong relationship between Baghdad and Erbil to go past the past of all kinds and forms and look forward to a promising future between the two sides and solve the problems spirit Brotherly and positive ”

A spokesman for the Nineveh tribes Sheikh Muzahim al-Hweet, on Thursday, received the Speaker of the House of Representatives Mohamed Halabousi to the President of the Kurdistan Democratic Party Massoud Barzani in Baghdad ‘historic’.

“Today, the reception of Mr. Mohamed Halboussi to President Massoud Barzani is a historical reception for us as tribes,” Al-Hewitt said in a statement received by Al-Akhbar.

He added that ‘this is considered to be a nice return to President Barzani when he received and maintained Sunni Arabs and today we see a leader of the Sunni Arabs, Mr. Halabousi in the arrival of Barzani to Baghdad and his reception and this is a pride when he was at the front of the reception’.

The State Department announced on Thursday, November 22, 2018, the election of Iraq as President of the Conference of States Parties on Explosive Remnants of War.

“Iraq was elected President of the Twelfth Meeting of States Parties to the High Contracting Parties to Protocol V on Explosive Remnants of War (ERW) for the Convention on Prohibitions or Restrictions on the Use of Certain Conventional Weapons Which May Be Deemed to Be Excessively Injurious or to Have Indiscriminate Effects,” the Ministry said in a statement received by Baghdad today. Impact (CCW) “.

“This took place during the twelfth Congress of the Fifth Protocol at the United Nations Headquarters in Geneva on 19/11/2018,” the statement said